Facebook is blocked in Iran. So is Twitter. Instagram is partially blocked, since you can target individual pages without blocking the whole site. Surprisingly, the only social media channel available in the country that doesn’t require a VPN to access is Line, the global instant messenger. Its social media feature, coined Timeline, is flourishing in Iran, and that’s interesting news for a bunch of reasons.

On the messenger front, Line lags behind Telegram in Iran, the latest offspring of the Russian Durov brothers. Telegram has somewhere between 50 percent to 60 percent of its user base in Iran, and this happened by chance late last year when the Iranian judiciary ordered Viber, the previous market leader, blocked. Telegram is where most of the herd migrated to but who knows for how long. The IM app is continually criticized as of late for being a festering ground for pornography and a questionable channel of communication for groups like ISIS.

Line is a clean oasis in comparison, and the Japanese company is actively keeping it that way. For that reason companies are jumping in as they witness that a whopping 90 percent of Line’s total user base in Iran is active daily on Timeline. You might not be surprised, though, if you’re familiar with the digital trends in Iran. It is often said to be the world’s largest blogosphere in proportion to its population. Iranians have a voracious appetite for both consuming and producing content. In fact, two of the top 10 trafficked websites in the country are local blogging platforms.

If a brand wants to open up shop on Line, which they call Official Accounts, they have to first apply as a Line Partner, which is a semi-fork in the road because the service differentiates between companies and celebrities. Both have to apply, and if they are accepted, they have to sign into an agreement, at which time they will be subject to initial and ongoing fees. This sort of screening process to ensure content is kept high-octane is another reason why they are unburdened in Iran. 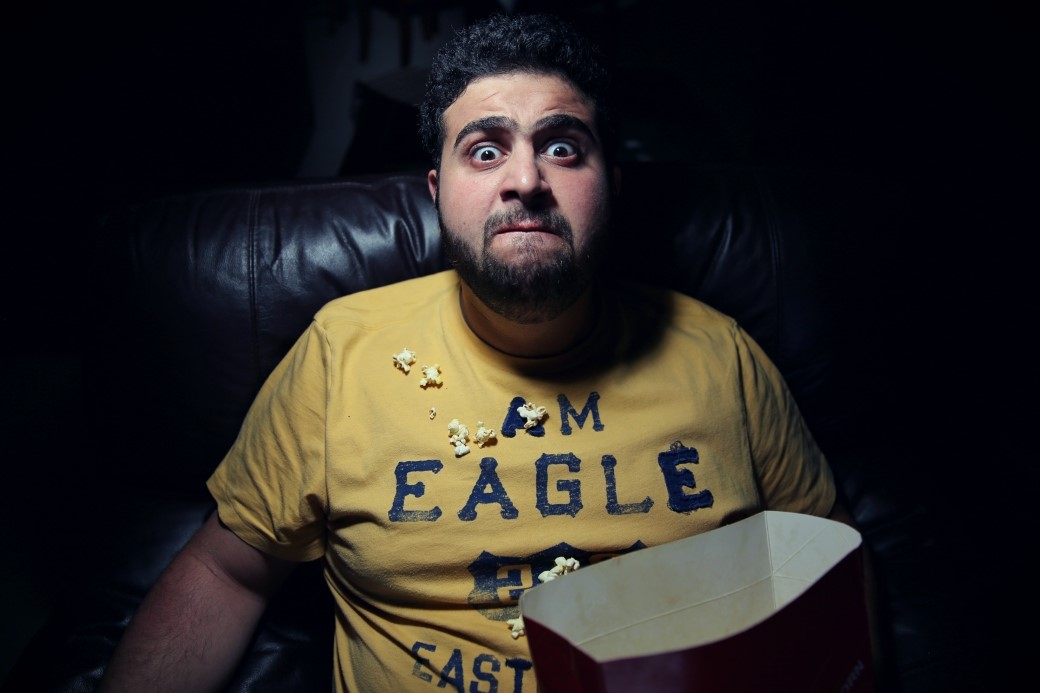 Above: AlireSaa is known for his comedy and other silliness in Iran.

To illustrate what it’s like to launch an Official Account, last October AlireSaa, the viral celebrity in Iran well known for his comedic music clips and anecdotes, was the first celebrity in the country to debut on Line.

At the time, AlireSaa had about 320,000 followers on Instagram, which took him two years to reach. He was well past this mark after only five weeks of launching on Line. As of today, less than two months later, he is at over half a million, and the growth doesn’t look like it’s slowing down any time soon. The recipe for this kind of performance is in part due to the combination of innovative features made available to brands operating Official Accounts on Line, but also because Iranians respond well to the platform. 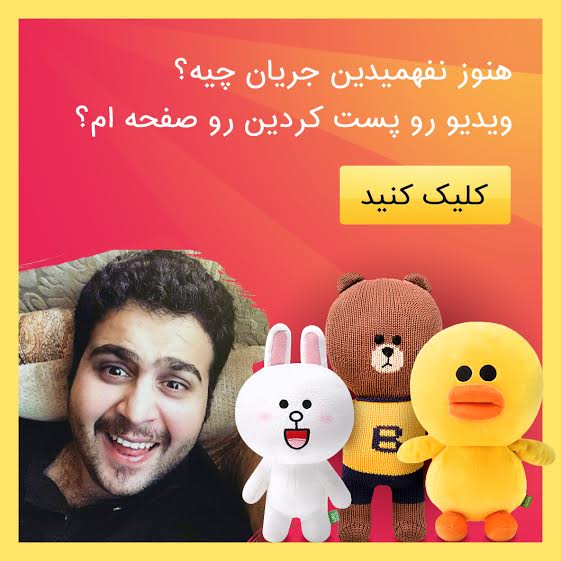 Above: AlireSaa, an Iranian personality.

Case in point: AlireSaa was at 215,000 followers on November 17 when he announced his first On Air session using Line’s live chat feature, with prize giveaways awarded in a submit-your-video contest judged by the man himself. The campaign consisted of a two-hour live chat with AlireSaa at noon the following day in which users could submit a video performance imitating one of their favourite AlireSaa music clips. 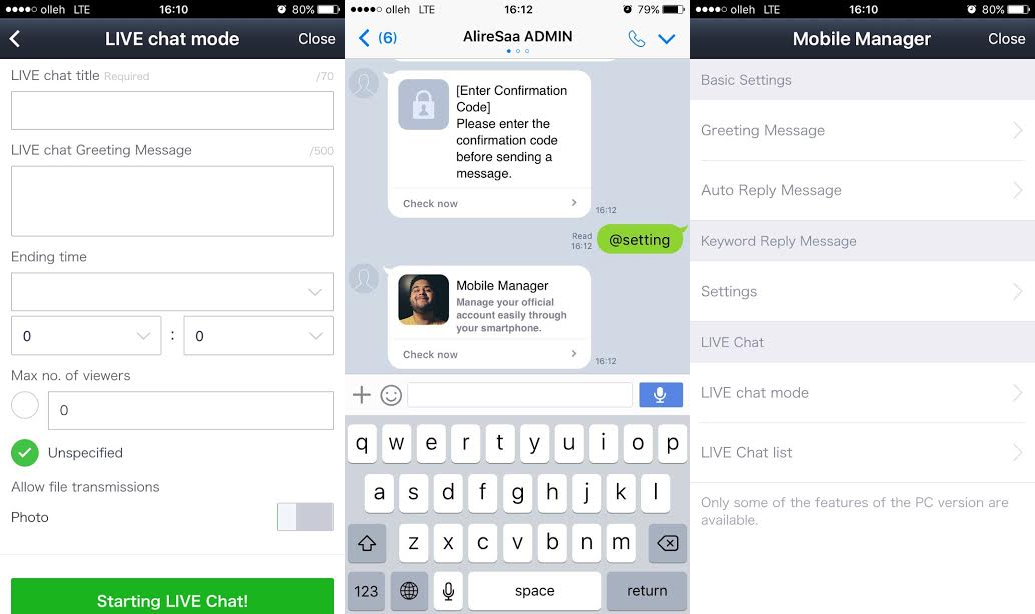 He followed up the event with the release of his first set of official AlireSaa stickers made available only on Line. The metrics in the first few days were reportedly in the hundreds of thousands in terms of downloads and posted on Timeline a few million times. They are now widespread as one of the most popular stickers Iranians use to express themselves on Line. 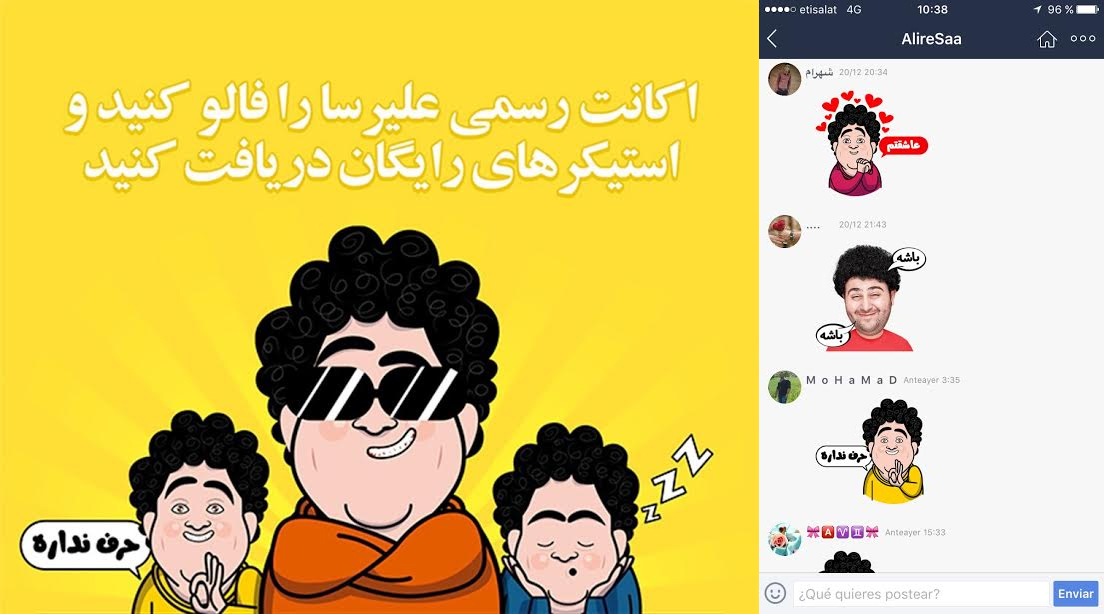