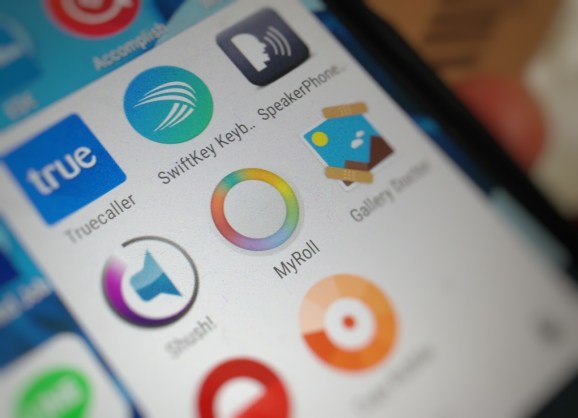 A new poll from WayUp queried 1,000 college students around the country about their favorite apps and found some fairly expected results. Facebook, Instagram, and Snapchat remain students’ go-to entertainment apps. According to this study, the majority of apps that students use revolve around social media. Among smaller brands, students cited Pinterest and Spotify as must-haves.

While a number of apps saw a drop-off in mentions at the beginning of the school year, two apps have continued to maintain student interest. Two photo-sharing apps, VSCO Cam and Instagram, grew consistently over the year.

What was surprising about the study was the top three apps in decline. WayUp found that Facebook Messenger, Snapchat, and Venmo were mentioned less and less frequently over the course of the year. (The survey was sent out five times throughout 2015 in an effort to suss out larger mobile app trends).

However, the list is a little deceiving. For instance, banking apps en masse saw a decline from September through December of 2015. “Venmo is the clear favorite among payment apps, cited five times more frequently than the next most listed app, PayPal,” the study notes. In total, Venmo ranked 16th out of all apps, which is big, considering how disinterested college students are in financial apps, as a whole.

Meanwhile, Snapchat is mentioned 30 percent more often than other messaging apps. It’s also a more widely distributed app, appealing to students across grade level. It’s worth noting that Snapchat was on the rise until September hit, when it started to drop off, according to WayUp.

Facebook Messenger, on the other hand, had relatively consistent data. Though the app saw a slight increase in popularity from February to September, it declined twice as much as Facebook from September through December. Facebook is also six times more likely to be listed as a favorite app than Messenger, the study found. WayUp says it’s possible that students were initially intrigued by the novelty of Messenger after its split from Facebook, but that its charm could be wearing off, since it hasn’t introduced new features in a while. Its recent partnership with Uber could possibly reverse that trend.

The study shows a silver lining for Messenger. The app is mentioned more by freshman than seniors, which means Messenger has an opportunity to capture Generation Z as they age.