It’s that time of year again, folks, when retrospective lists reign supreme and reflective musings clog your feeds. This post meets that description, but rest assured it will provide at least one thing to brighten your day: eye candy.

Here’s our list of the 15 most impressively designed apps released or redesigned this year. Feels like déjà vu? It should. We did the exact same thing last year, and shamelessly, we’re doing it again.

It’s hard to believe Twitter’s Periscope launched this year. Remember Meerkat? Both apps were among the first to make live streaming a heck of a lot easier than it used to be. Periscope wins by a margin for its calmer blue theme (not yellow) and relative popularity over Meerkat. I’ve yet to stress test Moleskine Timepage during a busy week, but so far consider me blown away. Somehow Moleskine created a better-looking calendar app than Apple, Google, Fantastical, and Microsoft. Even the sound effects are charming. How is that possible? Who knew Moleskine was capable of such work?

Checking the weather is one of the few perfect use cases for the Apple Watch. Apple’s default weather app is fine, but Dark Sky’s app tops Apple’s clock-style UI with subtle animations and a skimmable week view. (Note: Yahoo Weather is also nice but jittery when scrolling. Weather Underground didn’t stand a chance on this list. And sadly, Dark Sky is U.S. only.) 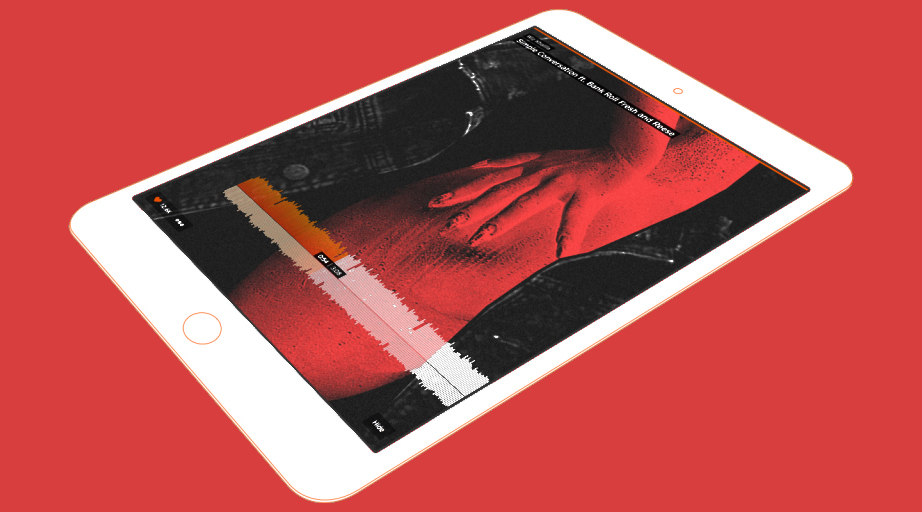 SoundCloud revamped its iPad app in January, bringing it in-line with the company’s 2014 iPhone redesign. The results are pretty stunning visually. That’s impressive when you consider SoundClound’s purpose, audio. 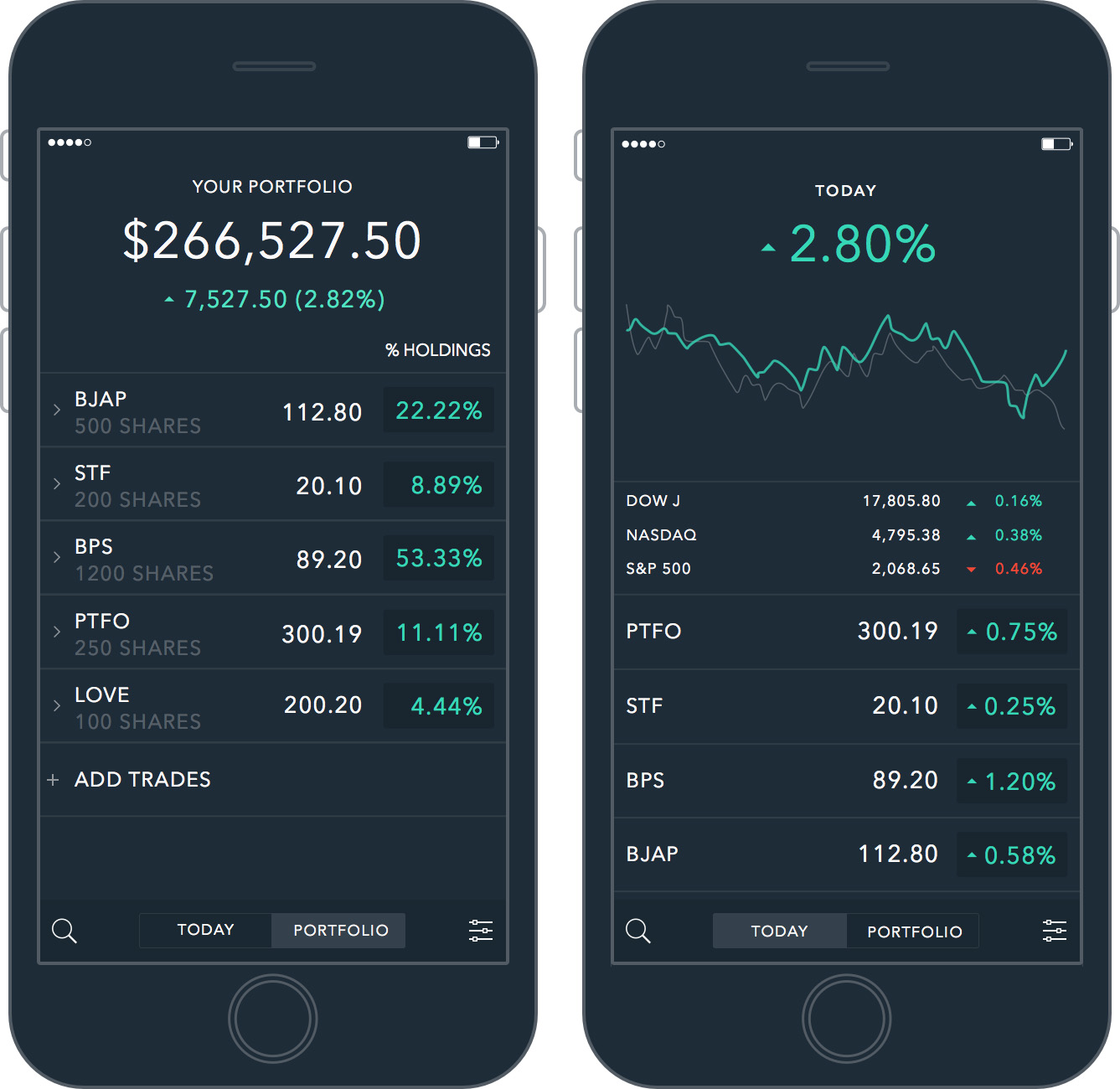 Portfolio is my go-to app for monitoring stocks. The app’s incredibly easy to use for a finance app, with light and dark modes, push notifications, and built-in trending financial news.

Like Acorns before it, Robinhood aims to make investing — a complex, time-consuming process — easier and cheaper for beginners. Whenever a financial app embraces beautiful typography, a designer gets their wings. Oh, and Apple selected it as a runner up to app of the year for 2015. 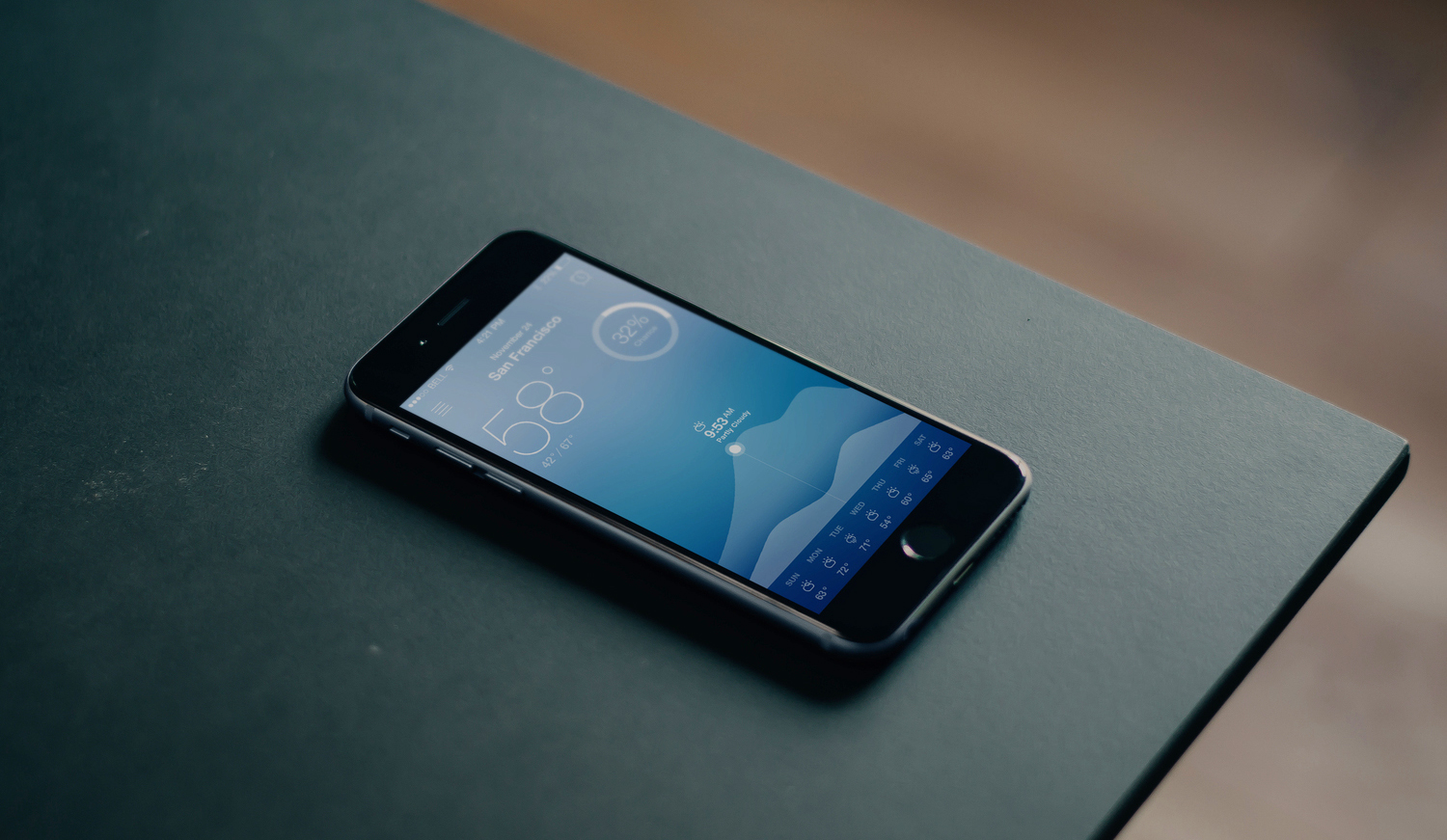 “The world does not need another weather app,” I said to myself while testing Fresh Air. But this app is gorgeous. The scrollable forecast timeline is intuitive, and the abstract backgrounds feels easy on the eyes. This app is worth a download, even if you have to pay to remove the banner ad. 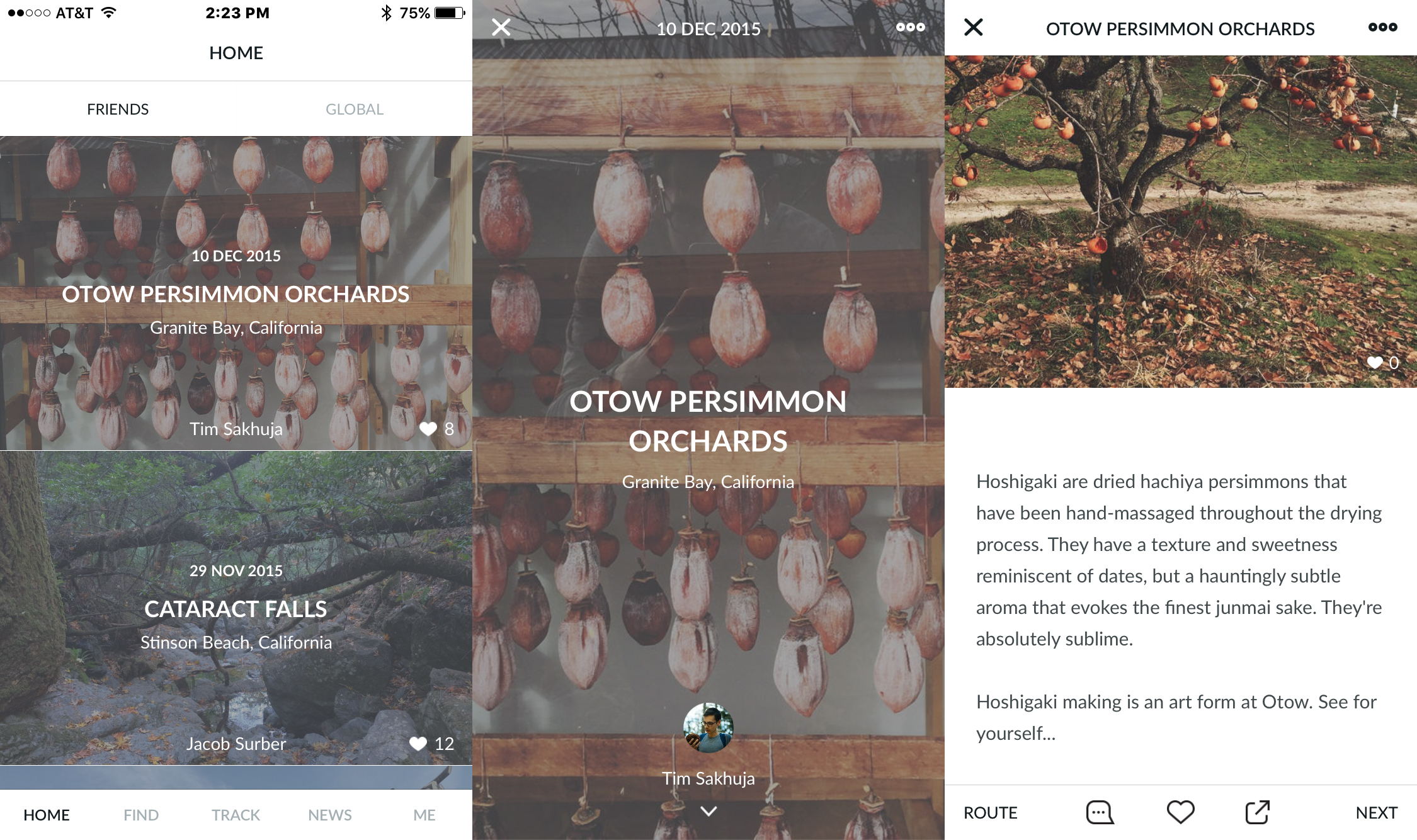 Wander Co landed on my desk dangerously close to publish time. But after spending a little while inside the app, a photo journaling service, I’m impressed — overwhelmingly hipster aesthetic aside. 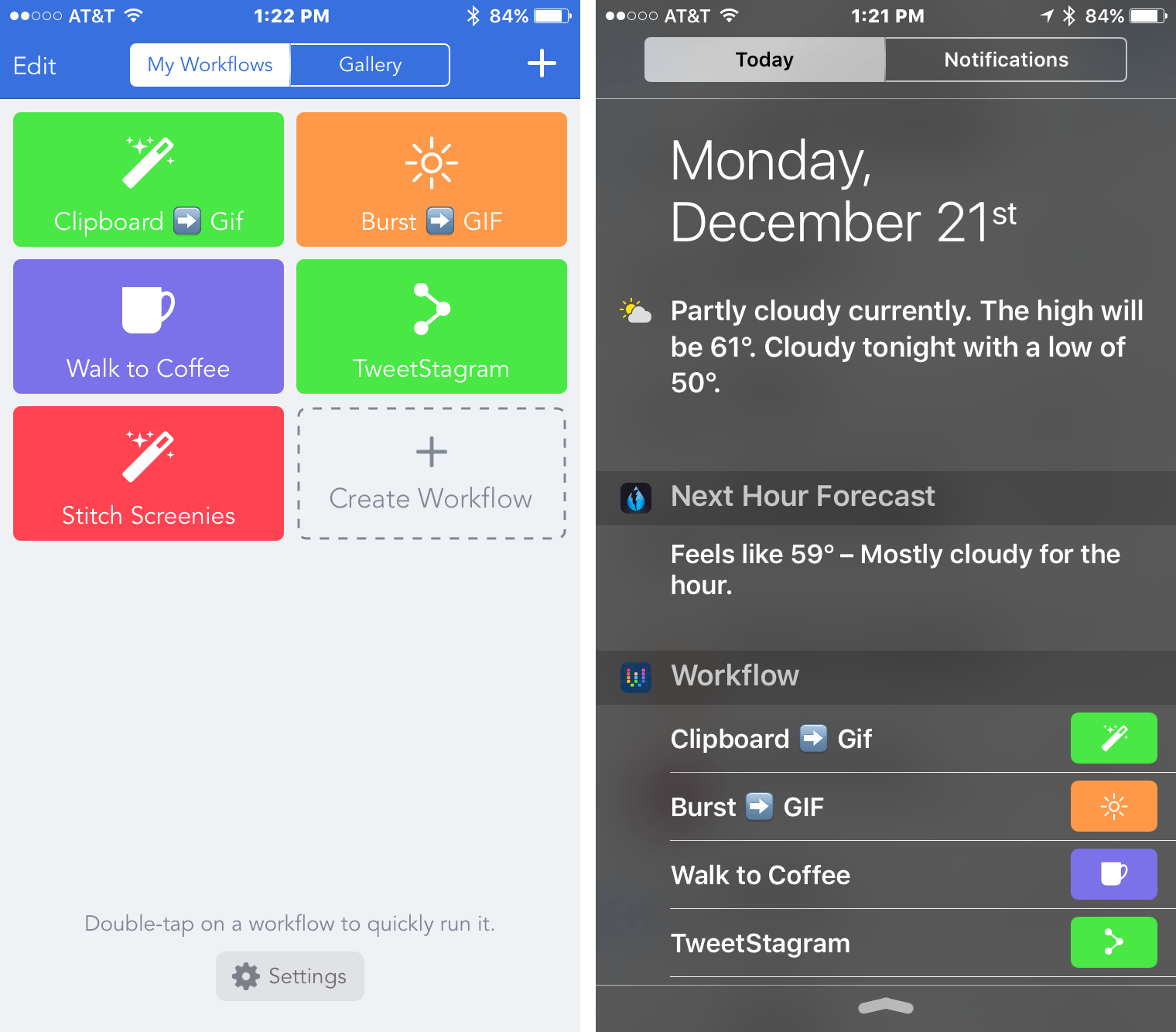 Like a less stale IFTTT, Workflow automates stuff on your iPhone or iPad. The app garnered praise last year for its simplicity. Normally that would disqualify it for 2015, but an August update brought Workflow inside iOS’ Notification Center, making it world’s more practical for daily use. Considering this is fundamentally a geeky automation app, the design is quite good. But if you toss away that context (and refuse to believe that design isn’t just how it looks but also how it works), you may disagree with Workflow’s place on this list.

Heirloom bucks the century-plus trend of preserving memories by printing them out. It does the opposite: preserves fading photos and other “heirlooms” by digitizing them and making them easier to share with family. 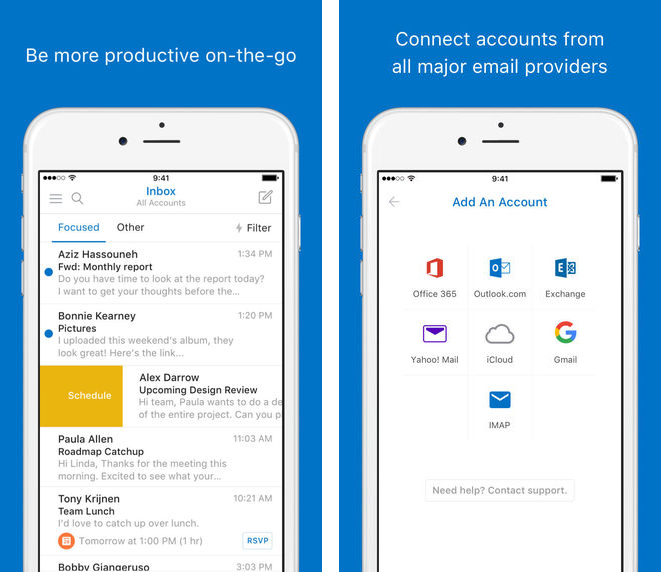 Despite leading the way on a few major design trends, Microsoft isn’t exactly known for design. That sort of fluff is Apple territory. And yet many have declared Outlook, released in January after Microsoft acquired email startup Acompli, the best email app for iOS. Nice work, Microsoft.

Get it: Windows Mobile / Android / iOS 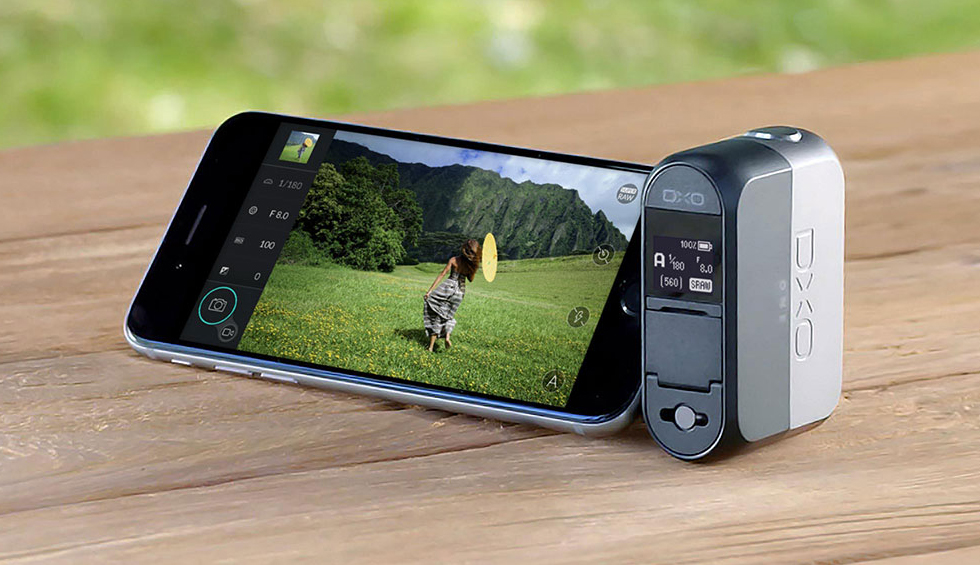 This pick isn’t all that fair, but here it goes: The DxO One is an incredible companion camera for the iPhone. It’s costly, too ($600 — ouch). But the hardware is nothing without the DxO iOS app, which functions as the DSLR’s touchscreen monitor. After spending months with the gadget, the app’s intuitiveness surprised me most.

LuckyTrip looks like an incredible experiment in instant vacations — the sort of experience Airbnb and Hotel Tonight long to offer. Too bad the app’s U.K.-only. If you live in the U.K., let us know what you think. LuckyTrip’s budget slider alone feels incredibly calming when compared to this. 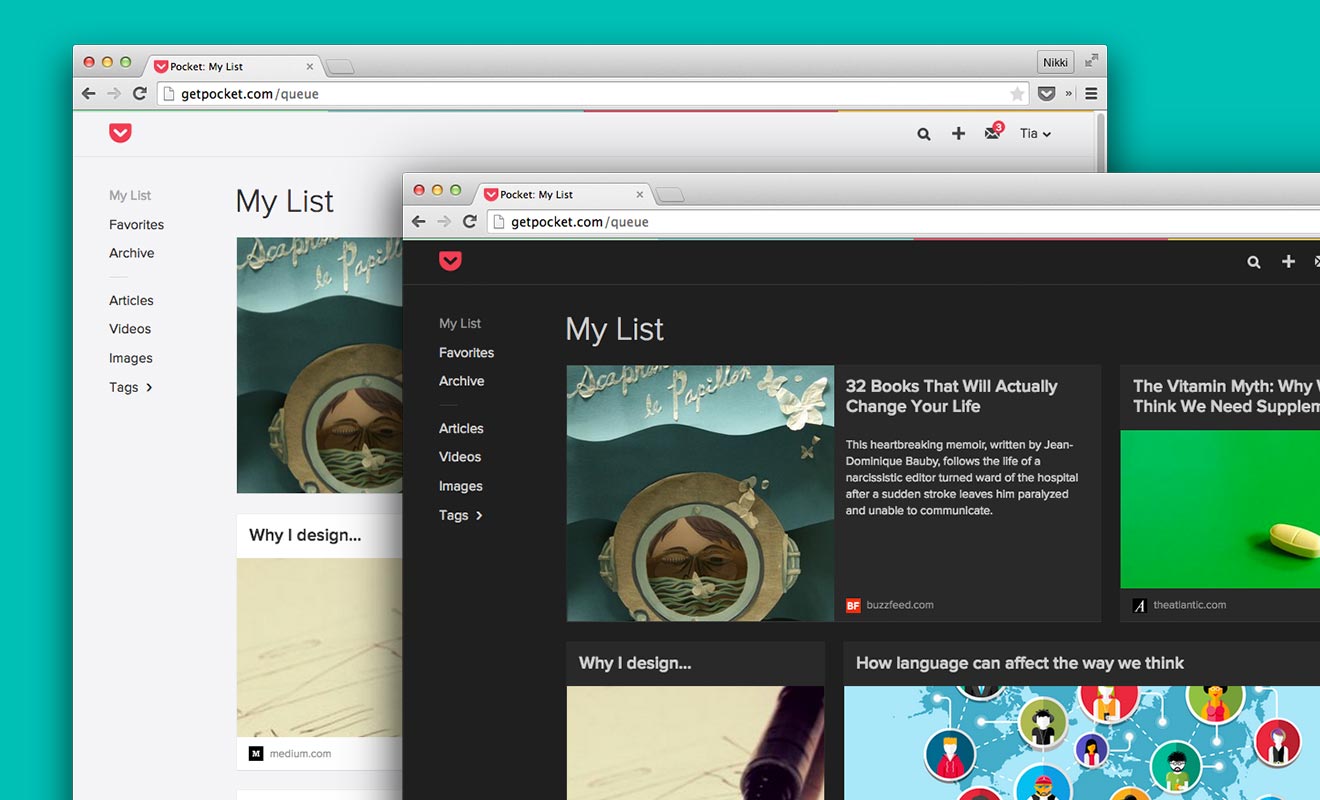 In April, three years after Read it Later became Pocket, the company announced it raised $7 million and debuted a revamped web app featuring a belated, yet beautifully responsive design. I mean, c’mon, look at this. 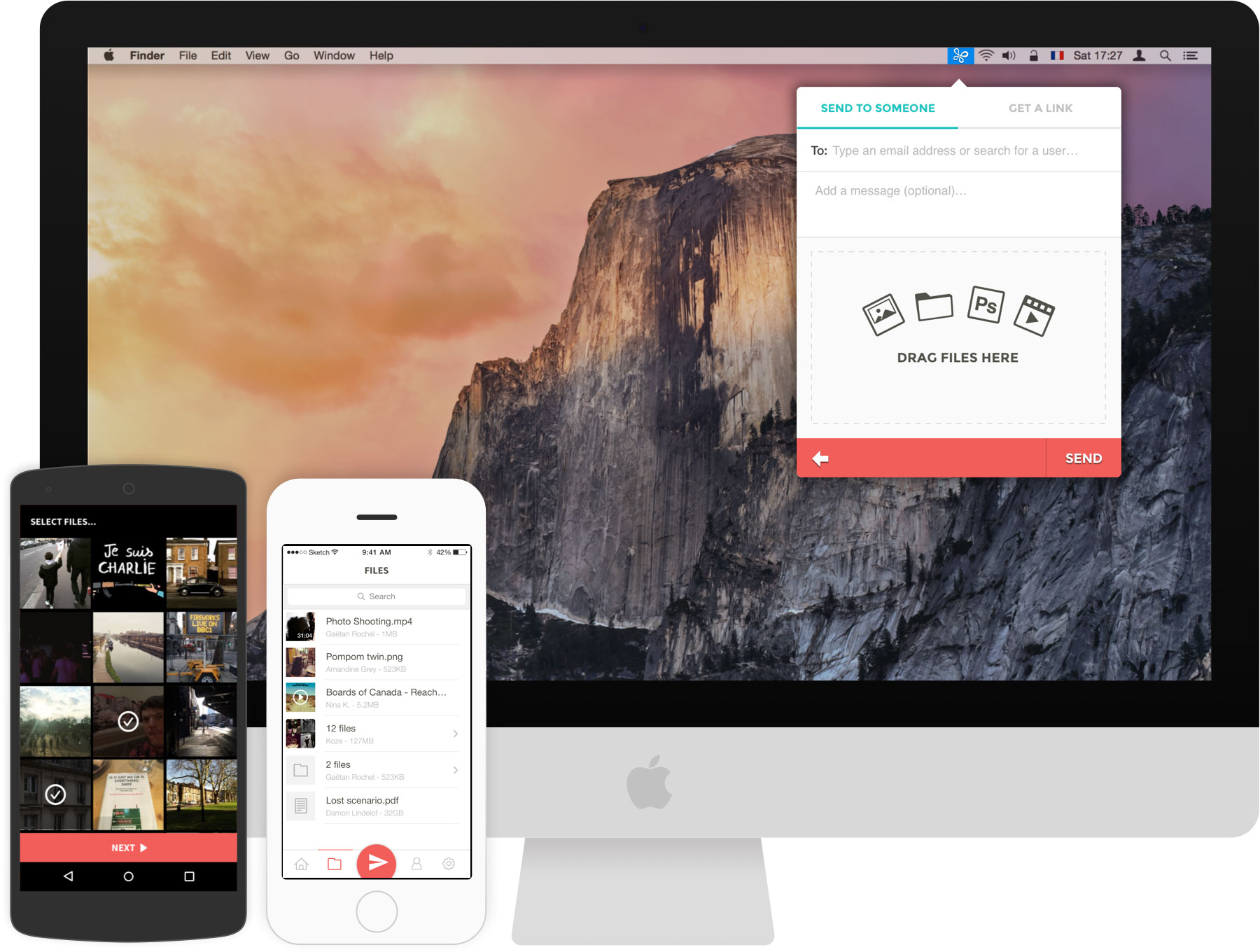 In March we called Infinit “the ultimate file-transfer app” when it launched on iOS and Android. Today the service continues to excel at two things: file sharing from one person to another and sending files between your own devices.

This was not a definitive list. Pixelmator for iPhone deserves credit, but it’s so feature-packed that many find it overwhelming. Qapital looks intriguing, too, but we ran out of time trying to get an account up and running. Apple’s Activity app, space-saving app Galley Doctor, and hotel booking app Hotel Tonight also deserve a look.

Tell us your favorites on Twitter and in the comments below.