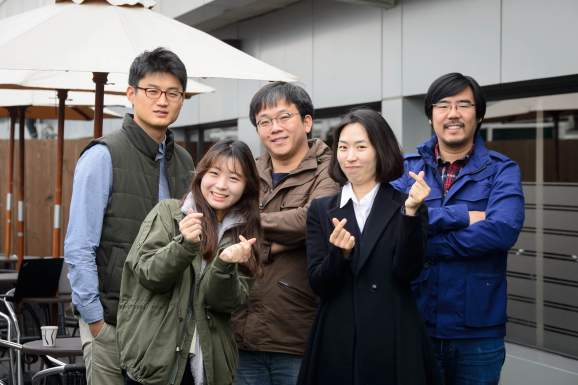 Part of the Vuno team.

So much has happened this year in the world of deep learning, that trendy type of artificial intelligence that entails training artificial neural networks on large data sets and then getting them to make inferences about new data.

There have been technical breakthroughs, acquisitions, funding deals, open source releases in the field, and even the establishment of a nonprofit research lab backed by the likes of Elon Musk and Peter Thiel.

This early-stage startup hails from the Swiss city of Lugano. The name Nnaisense “is pronounced like nascense, because it’s about the birth of a general purpose neural network-based artificial intelligence (NNAI),” cofounder and president Jürgen Schmidhuber told VentureBeat in an email. Schmidhuber is scientific director of the Swiss AI lab IDSIA, which is also located in Lugano. Schmidhuber has a track record in artificial intelligence and influence in the field as a result of his contributions.

TeraDeep has built technology for image recognition, which is a very common use of deep learning. Based in Santa Clara, California, the startup has a few YouTube videos demonstrating the applications of the technology. The startup offers Learning Camera software alongside application programming interfaces (APIs) that developers can incorporate into their applications. Facebook’s LeCun is an advisor of the startup, as is Clément Farabet, cofounder and chief technology officer of Madbits, the deep learning startup Twitter acquired in 2014.

In South Korea, Vuno has been busy forming partnerships with health care organizations to help doctors diagnose diseases with technology that makes inferences about medical data. The founders previously worked on speech recognition at Samsung. The startup uses a proprietary framework called VUNOnet but plans to open-source it, chief technology officer Kyuhwan Jung told VentureBeat in an email. Like Lunit, Vuno participated in ImageNet this year. Investors include Bon Angels and Future Play.