The video game business is unpredictable. But if you can predict the trends with a reasonable degree of accuracy, your company can gain a big advantage. And sometimes, the process of making predictions can sharpen your thinking.

That’s why I am trying once again to predict what will happen in games in the next year. Some of these predictions will be wildly inaccurate. But I’m trying to be methodical about the process in hopes of getting better at it. I’ll revisit the predictions in a year to look at my scorecard. Since I write so much about the business, and I hear so many predictions, I think that it’s fair to go through the exercise myself. It’s also a good way to look to the past and see how far we’ve come.

Last year, I predicted that the $2 billion mobile game would arrive and the bubble would not burst in games. I expected that Sony would pull further ahead in consoles and new virtual reality systems would finally debut. I thought that smaller game companies would prosper, particularly in mobile. I also predicted that a major game would suffer bugs and hackers would take down online game services. I also figured that China would continue its expansion and esports companies would dominate games. And I thought that gamers and game designers would come to terms with stereotypes, with more appreciation of diversity and more creativity as the result.

My scorecard for last year

I don’t think I was right about one mobile game generating $2 billion in revenue in 2015. Most of the leaders of the game business don’t report their revenues. But King, which had the No. 3-ranked mobile game for most of the year in terms of top-grossing titles, is likely to make about $1 billion in revenues this year from Candy Crush Saga. Only Machine Zone’s Game of War: Fire Age and Supercell’s Clash of Clans are bigger, and I don’t think they were on a run rate to beat $2 billion. And nothing new came along to knock them out.

The market for game investments slowed down, as did merger activity. But plenty of game companies received funding, and Activision’s $5.9 billion purchase of King showed that gaming was still full of lucrative opportunities. The Chinese game companies slowed their momentum due to stock market turmoil, but they continued their westward expansion. 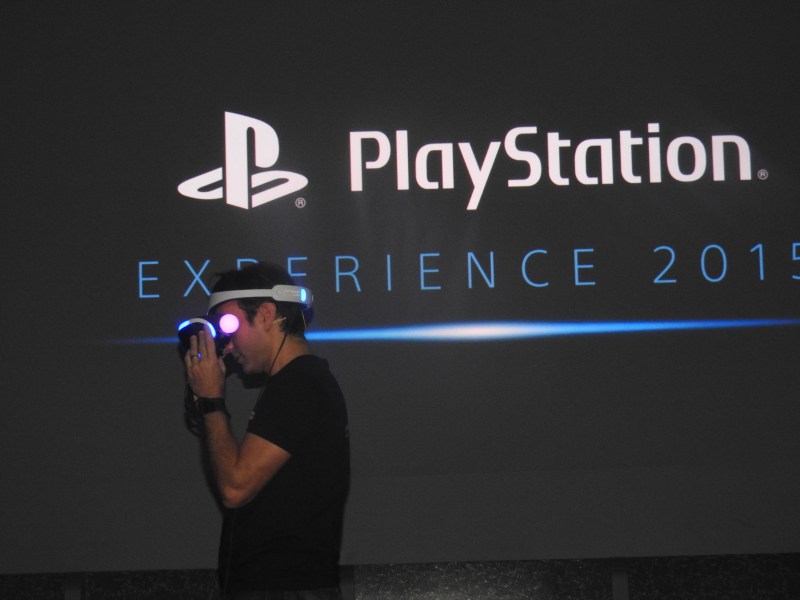 Above: PlayStation VR demo at the PSX keynote.

And I was right that Sony, which has sold more than 30 million PlayStation 4 consoles to date, would widen its lead in consoles. VR arrived on mobile first with the launch of the $99 Samsung Gear VR, but other major systems were postponed to 2016. Batman: Arkham Knight on the PC suffered major bugs and had to be pulled off the market and then relaunched. And hackers claimed credit for bringing down Xbox Live and the PlayStation Network multiple times during the year.

I’d like to think that gaming made progress on the diversity front. We now see women as standard available options for characters in major games such as Call of Duty: Black Ops III and Fallout 4. We also saw more games with women in major roles, such as Rise of the Tomb Raider, Halo 5: Guardians, Assassin’s Creed: Syndicate, and others. This makes sense as 44 percent of gamers in the U.S. are female. I expect the trend toward embracing diversity to continue among game developers and that gamer attitudes will follow. This is all part of the industry maturing.

Esports also grew bigger and more important during the year. Riot Games, now fully owned by Tencent, still dominated esports with League of Legends, but Blizzard formally launched its Heroes of the Storm game, and Dota 2 saw a tournament with $18 million in prizes. Big companies such as Activision Blizzard and Electronic Arts started their own esports divisions. Some small companies came up with hits, and more appeared in places you wouldn’t expect (like Siberia). But there were many new predictions in 2015 about an “indiepocalypse” as discovery and distribution challenges make it tough for small companies to survive.

The trends below were conceived with the help of game industry observers, but the arguments are my own. I thought about making predictions about Steam Machines and Apple TV as alternative platforms, but the future of those products seems foggy.

For fun and embarrassment, here are my predictions for 2015, 2014, 2013 and 2012. Please vote for your favorite prediction in the poll at the bottom. I’ve credited people who came up with the ideas in the text.

1. Virtual reality will take off, but not as fast as the hype would suggest 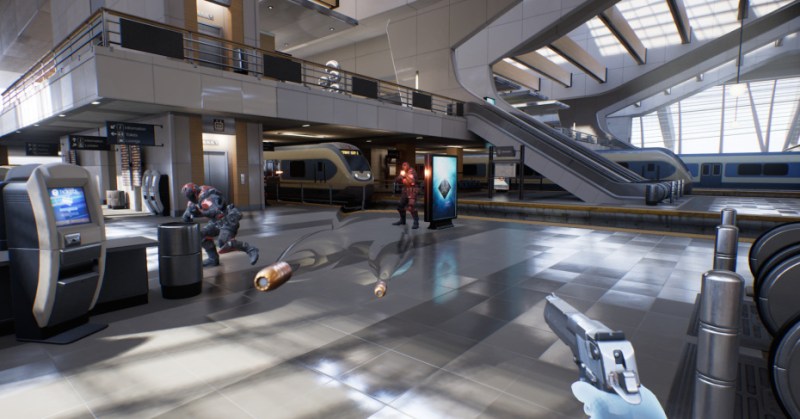 Nvidia estimates that good VR takes seven times more processing power than ordinary PC gaming. It estimates that in 2016, there will be only 13 million gamer PCs in the U.S. that are capable of running VR, and perhaps 25 million if they used Nvidia’s VR platform. Sony has sold 30 million PS4 units. And Samsung’s Gear VR works only with a limited number of Samsung smartphones. That means there’s a far more limited base of potential customers for VR.

Then there’s the price. You may need a $1,000-plus PC to go with the VR systems, which will cost a few hundred dollars. Sony’s PlayStation VR or Microsoft’s HoloLens (which doesn’t have a launch date yet) might very well cost as much as a console. We could still see millions of units sell, and VR may represent a wide path for innovation in gaming that stirs a lot of excitement.

Peter Warman, the chief executive of market researcher Newzoo, said, “A niche can be very profitable, especially from a hardware standpoint. From a game content perspective, the revenues generated will directly cannibalize revenues that are now generated by high-end gaming on TV and PC.”

If VR is a hit, it will become much more evident in 2017 or 2018. Startups that are burning cash today should keep this mind.

2. VR and AR will command much of the new investments in gaming 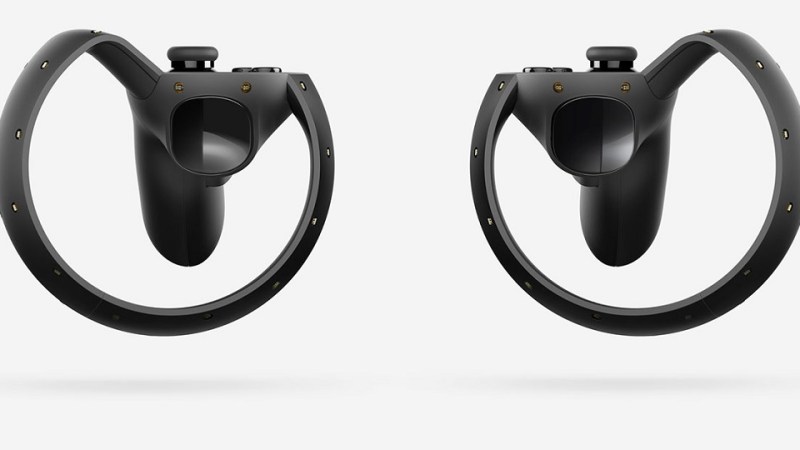 Even if the market is relatively small in 2016, startups are going to flock to VR and augmented reality. Tracking the number of VR startups is a good research project. In October, VB Profiles counted 234 VR companies that had raised $3.8 billion in funding. Nvidia told me that it knew of more than 600 companies working on VR. But as long as no single company dominates VR and the market hasn’t had a blockbuster, we’ll continue to see more VR startups.

Presence Capital recently announced a $10 million fund to invest in VR startups. I know of at least one other seed fund being formed for VR, and I expect there will be others. That will fuel a lot of new VR startups, and it will also suck some of the air out of the ecosystem for game companies that want to raise money for non-VR projects. Amitt Mahajan of Presence Capital told me that many of best social and mobile-game startups were funded after the launch of major new gaming platforms such as Facebook and the iPhone. Based on the same logic, there’s still plenty of time for new VR startups to be conceptualized and funded before the launch of VR systems in 2016.

I’m not necessarily saying this is going to be the wisest use of money. The investors in this segment will likely find they’re putting too much money into the category, given the size of the niche market in its early days, as noted in our first prediction. But I don’t think that’s going to bother the investors as they are all hoping that their investment will be the right one. We haven’t seen the highest point of inflation yet in what you could call the VR gaming investment bubble. I haven’t mentioned augmented reality that much yet, but we’ll get to that.

3. Esports viewership will be on a path to rival the Super Bowl 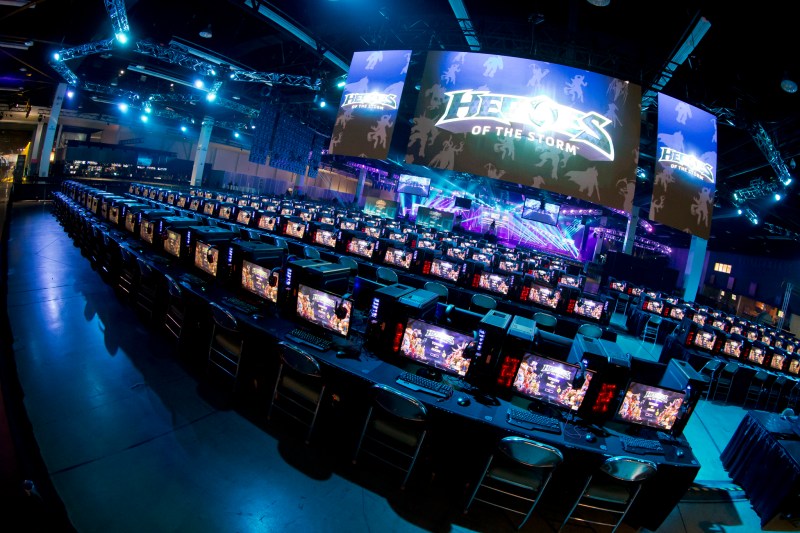 Andrew Paradise, the CEO of mobile-esports startup Skillz, predicts that the largest esports event in 2016 will be bigger in viewership than Super Bowl 50.

I don’t think esports are going to hit that goal this year, but we are definitely heading down that road. Esports are still pretty hard to follow as it’s very difficult to figure out what’s happening in a fast-action video game compared to NFL football. But the crowds for esports are growing ever bigger as more people fill stadiums to view tournament finales. Even more people can watch livestreamed events in real time on the Internet, and after the event is long over, the video can live on channels like YouTube. Once you add up all of those views, you get to some very impressive stats.

As esports gain ground, you can expect that sponsorships and advertising dollars will become bigger contributors to the game industry’s bottom line. And you’ll see more deals like the one where a group of angel investors poured money into the Immortals esports professional gaming team. We’re at the dawn of a new kind of sports franchise, and this is one where the players and the spectators matter, not just the game creators and publishers.

4. Sony will widen its lead again in consoles 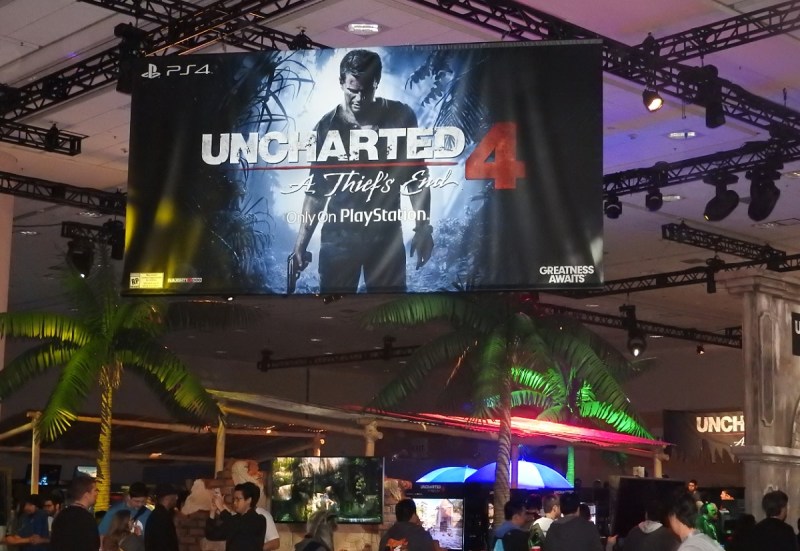 Above: The Uncharted 4 booth at PSX was always crowded.

This prediction is based on momentum and the idea of the big getting bigger.

With 30 million units sold, Sony has won the current generation console war. Nintendo, which had a one-year headstart on Sony, has sold only 11 million Wii U consoles. And Microsoft’s Xbox One is at about 17 million. Even with a stronger lineup for Xbox One, Microsoft isn’t gaining much ground on Sony during this holiday season.

Next year, Sony is expected to launch a series of big titles such as Uncharted 4: A Thief’s End, Street Fighter V, The Last Guardian, Horizon: Zero Dawn, Hellblade, Ratchet & Clank, and more. Those exclusives, as well as the launch of the PlayStation VR platform, should satisfy the appetites of PlayStation fans and help ward off competitive threats from rivals.

Microsoft and Nintendo will likely provide stiff competition and survive as alternative, profitable game companies. But I can’t see them catching up with Sony in this generation.

5. Game companies will explore the possibilities of augmented reality but won’t cash in on it yet 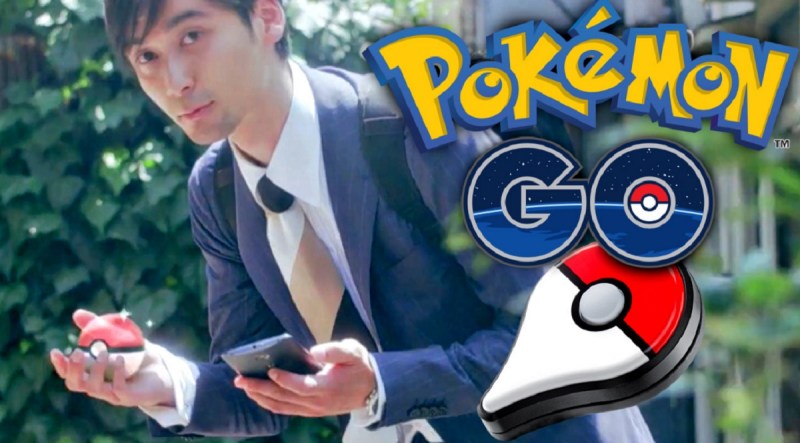 You can bet that Pokémon Go, where you can catch Pokémon in the real world with your mobile phone, will be a hit whenever it launches. But imagine how much more fun it could be if you play it while wearing augmented reality glasses.

Magic Leap, which raised $524 million from Google in 2014 and is raising a new round now, has helped fire our imaginations when it comes to AR games. But it will take a while to figure out the platforms and to bring the costs down. Costs have been a hurdle as AR takes a lot of processing power but has to be very power efficient. That’s why we’ve seen delays in products such as the CastAR (now coming in 2017), Google Glass, and the Osterhaut Design Group’s consumer AR goggles.

In the meantime, I expect we’ll see a lot of cool AR demos as game companies figure out how to make use of the promise of AR. But we’ll have to wait for more improvements in hardware due to Moore’s Law (the number of transistors on a chip doubles every couple of years) before AR becomes practical and cost effective. And if we’ve learned anything from decades of observation, it’s that you can’t rush Moore’s Law.