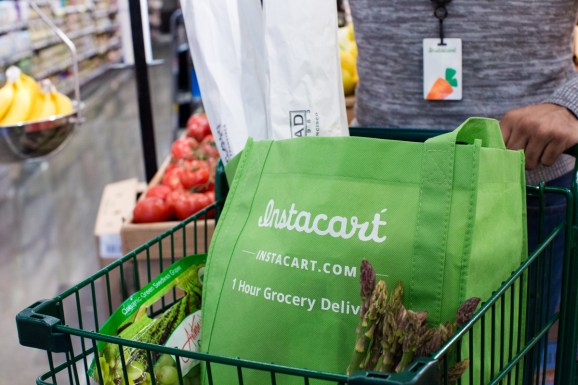 Instacart, a startup that delivers grocery orders placed through its web and mobile apps, announced today that it will start charging more for its services.

Until now (excepting the first time people use the service), Instacart has charged $3.99 for deliveries — made within two hours or at later, scheduled times — in most cities where it operates. Now, the fee is going up to $5.99, the startup wrote in a blog post. That’s a 50 percent increase. The cost of an annual subscription to the startup’s Instacart Express service, which includes free two-hour and scheduled deliveries, and pickups for orders totaling more than $35, is also going up on January 4, from $99 to $149, according to the blog post.

These price bumps are surfacing on the same day as a Re/code report that cites anonymous sources as saying the company has laid off several recruiters.

The blog post cites these expansions, as well as “changing market conditions,” in its explanation for the pricing changes.

Instacart, which started in 2012, has been compared to Webvan, a company that went public in the dot-com boom and ultimately ended up bankrupt. Sequoia backed Webvan long before investing in Instacart, but Sequoia’s Michael Moritz has repeatedly spoken about how Instacart is better than Webvan.