The common practice of bestowing praise on Yakuza 5, particularly on social media platforms, is to simply name off the myriad activities one can partake in this urban adventure by Sega. From making ramen to hunting wild game, reaching Twitter’s 140-character limit with a list of your favorite Yakuza 5 minigames isn’t hard.

More important, it’s just as easy to find substance and cohesion that unifies these activities thanks to Yakuza 5’s fleshed out, intertwining storylines and its mandatory battles strewn throughout its mainline path. Despite these virtues, its limited size (by open world game standards) and its late 2015 release on the PlayStation 3 makes it very easy to overlook. It has certainly lacked the level of recognition that other open world releases like The Witcher III and Fallout 4 have received this year. And as L.A. Noire and Red Dead Redemption proved, story can certainly be a main draw for some fans, so why not Yakuza 5?

A team of five

As a solid gateway installment to its series, Yakuza 5 is effective in providing a more than just a taste of what you can find in the prior games.

The combat has largely remained the same these last 10 years, as is the sense of exploration through many of Japan’s fictional metropolitan districts. If Yakuza 5’s various vignettes of the Japanese mafia is what pulls you in, then you can expect more equally compelling tales in the previous installments. And that Kazuma Kiryu has remained the series’ main protagonist is an achievement in of itself; sharing the spotlight with other characters with their own narratives does help him considerably. It’s an approach that worked for Yakuza 4 and the Dead Souls spin-off, but Yakuza 5 has one narrative benefit that those games don’t have: a chapter with Sawamura Haruka, the unofficial adoptive daughter of Kazuma Kiryu, as a first-time playable character.

Her idol singer-in-training premise might feel uninspired, but at least Sega designed this road to stardom as a multi-faceted storyline filled with minigames. It’s not just standard issue rhythm action singing and dancing. There are intentionally awkward meet-and-greet sessions, skits where you have to excel in comedic timing, and variety show appearances. And while I can’t vouch for the game’s accuracy in its depiction of the cutthroat of the Japanese idol industry, Haruka’s chapter isn’t short of drama. 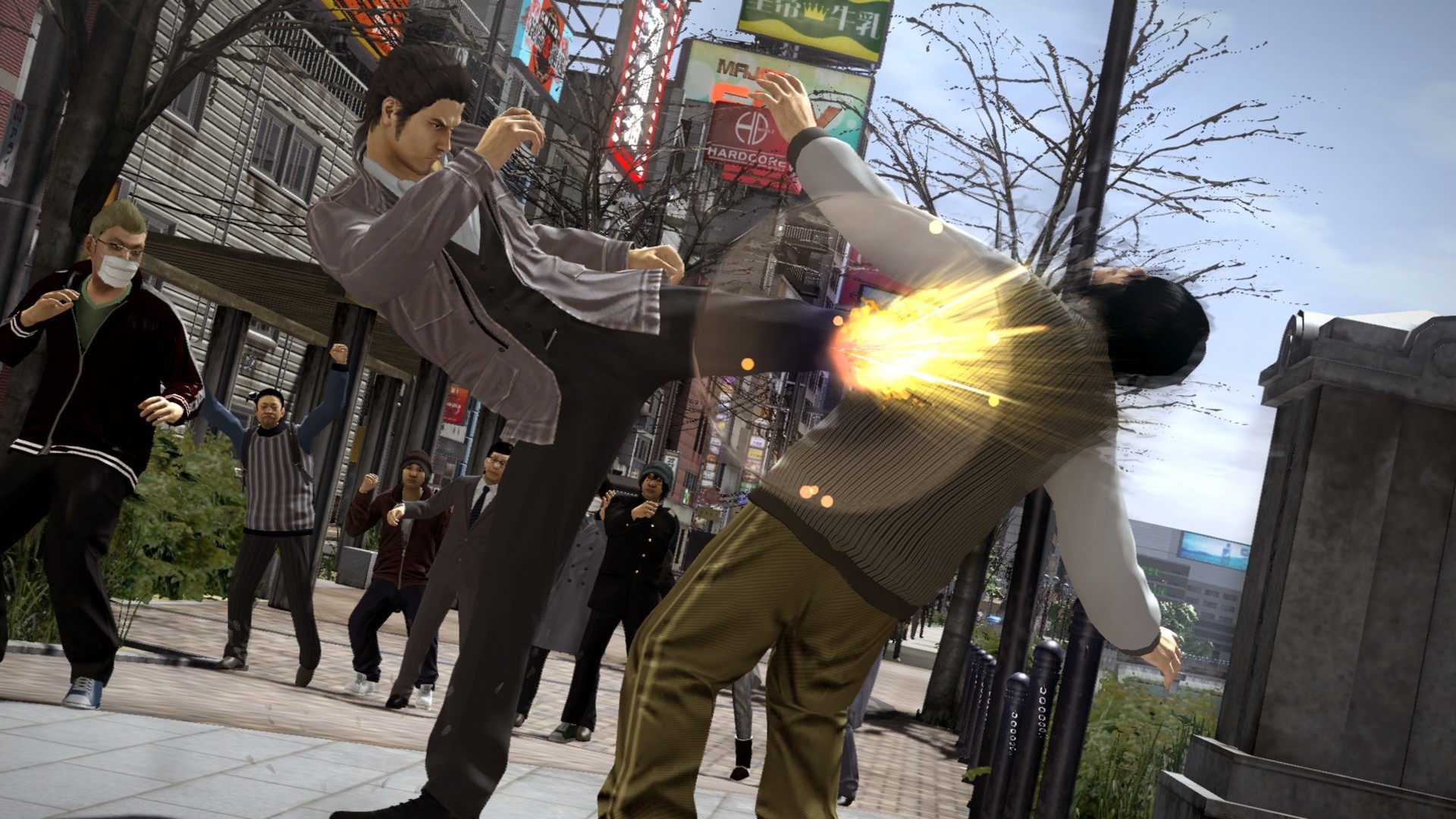 Above: For all its new features, Yakuza 5 never strays from the series’ combat roots.

Even though PlayStation’s internal Yakuza evangelists did give this sequel ample namedrops during PlayStation Experience 2014 and 2015, it’s easy to imagine how it would have benefitted from a bigger marketing push had it not been released on the PlayStation 3 this year. Then there’s the matter of its December release. From proactive parents who buy Christmas presents on Thanksgiving weekend to media outlets that lock in their Game of the Year picks before the month is over, quality December releases run the risk of not meeting their critical and commercial potential. Other notable games include Final Fantasy X, Far Cry 3, and the promising Legend of Heroes: Trails of Cold Steel.

This three-year gap between Yakuza 5’s original 2012 Japanese release and today is emblematic of a console industry adjusting and adapting to a market where physical versions to some foreign titles just isn’t viable. In 2015, going straight to digital storefronts without English voice acting isn’t a creative solution but a practical one (Namco Bandai and NIS America have long since proved the financial viability of this approach). While Yakuza 5 serves as a fitting swan song to the PlayStation 3, one can only guess what made Sega of America hesitant to release this three years ago.

Much like Star Wars: Episode VII — The Force Awakens, Yakuza 5 excels by striking a near-perfect balance of familiar elements that have pervaded the series since its inception with new aspects that make this latest installment stand on its own. Moreover, both succeed in making you excited for the eventual sequel, which is always easier said than done for any ongoing series.

Recognizing the value of Yakuza 5 is about acknowledging it standalone quality as much as it is about what it represents. It is, for all intents and purposes, Sega’s last great series, incidentally conceived during Sega’s promising post-hardware development era. With its deep but accessible combat system and its limited open world design, it’s not incorrect to classify Yakuza as the heir to Shenmue, underscored by the fact that the former was helmed by Toshihiro Nagoshi, who worked under Yu Suzuki decades ago. Miraculously, the Yakuza series somehow made me care less about a resolution to Shenmue. I was certainly excited about this year’s Shenmue III announcement, but having Yakuza around makes it easy for me to adopt a relaxed wait-and-see stance to the conclusion of Yu Suzuki’s fighting adventure saga. If you found beauty in the mundanity of forklift driving in Shenmue, you will find equal pleasure in the strict demands of safely driving a taxi in Yakuza 5. You’re even expected to be a good conversationalist!