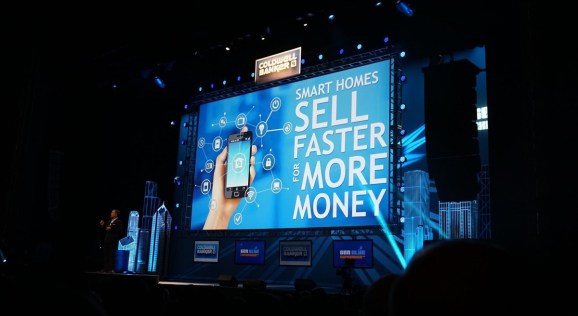 About 45 percent of all Americans will either own smart-home technology or invest in it by the end of 2016, according to a survey by real estate brokerage firm Coldwell Banker.

Coldwell Banker polled more than 4,000 Americans in advance of the 2016 International CES, the big tech trade show taking place in Las Vegas this week. The survey found that it’s not just the tech savvy who are adopting smart-home technology, with devices such as app-driven heaters. In fact, 36 percent of those who plan to adopt such devices in 2016 say that they don’t consider themselves to be early adopters of technology.

The survey also found that 54 percent of homeowners in the market to sell their house would purchase or install smart-home products to help it sell faster. Of that group, 65 percent said they would pay $1,500 or more.

“Close to five million existing homes were sold in the United States in 2014, which represents a huge white space for smart home manufacturers,” said Sean Blankenship, chief marketing officer for Coldwell Banker, in a statement. “We are aiming to be the conduit between these manufacturers and home buyers and sellers, and conducting this research was one of the first of many steps toward achieving this goal.”

Coldwell Banker will talk about the survey as part of a session on “smarter selling” on Wednesday at CES.