Fuel cells are starting to live up to their promise. They may not save the world, but they’re certainly capable of providing enough energy for your smartphone.

MyFC is demonstrating this with its eco-friendly Jaq fuel-cell charger, which is debuting this week at the 2016 International CES (the annual consumer electronics trade show in Las Vegas).

The publicly traded Swedish company claims its portable charger is the world’s smallest, and the most powerful of its kind, capable of delivering 1,800 milliamperes to fully charge your smartphone anytime and anywhere.

Jaq provides green electricity in a small, stylish form factor that does not rely on a wall jack. Rather, Jaq creates its own electricity with a slim, recyclable, single-use PowerCard, comprised of water and salt.

Fuel cells, like solar cells, can produce electricity. While solar cells rely on the power of the sun and convert light, fuel cells convert hydrogen into energy. They don’t pollute, and the byproduct of the combination of hydrogen and oxygen is water.

To generate energy, fuel cells take an external supply of salt and oxidant (oxygen or air) and produce a chemical reaction. MyFC uses a proton exchange membrane fuel cell. Hydrogen molecules enter the fuel cell at the anode, where a chemical reaction strips them of their electrons. The hydrogen atoms are now positively charged hydrogen ions that move through the electrolyte. The negatively charged electrons provide usable current when they pass through the external circuit. Oxygen enters the fuel cell at the cathode, where it combines with electrons returning from the electrical circuit. Hydrogen ions that have come through the electrolyte from the anode join with the oxygen to form water.

When the PowerCard is inserted into the charger, it triggers the chemical reaction that provides instant power and delivers that power to USB-compliant smartphones, tablets, and other devices.

“We are dedicated to advancing and adapting fuel cell technology to meet the worldwide demand for non-wall jack chargers. To provide portable power in the smallest form factor to enable our customers to stay reliably charged,” said Björn Westerholm, CEO of MyFC, in a statement. “Jaq represents the future of consumer fuel cell use with environmentally-friendly technology that enables instant charging without relying on a wall jack.”

During the first phase, Jaq will be available in three colors — white, black, and purple — with more colors to come. The device comes with five PowerCards as part of a startup kit. It is USB-compliant and compatible with Android, Apple iOS, and Windows smartphones, tablets, and USB 5V devices. The Jaq weighs 180 grams and measures 127 x 21 x 77 millimeters. Jaq is available for preorder now. 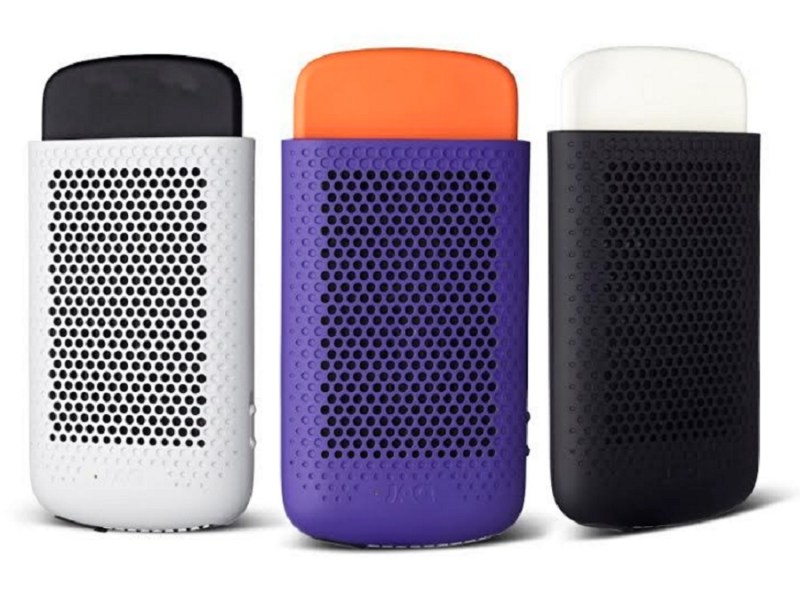