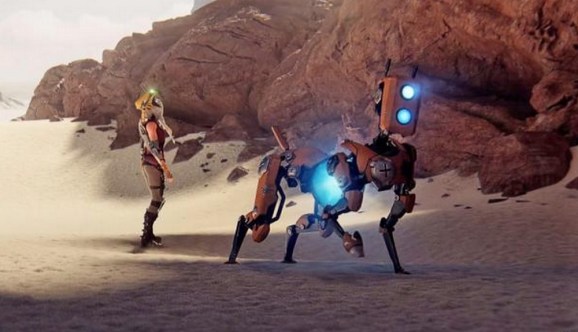 ReCore is about a girl and her robot friends.

Back at E3 2015, Microsoft revealed ReCore, a robot-filled action-adventure game from Mega Man veteran (and former Capcom employee) Keiji Inafune, for the Xbox One. Today, Microsoft announced that it’s also coming out for PC. This is good news for PC owners that prefer to play games on their custom machines (often more powerful than consoles).

Right now, the game doesn’t have a release date, although Microsoft lists ReCore as coming out in 2016.

Inafune’s Comcept studio is developing ReCore along with Armature Studios, the Austin-based developer that made Batman: Arkham Origins Blackgate in 2013.