A recent study showed that one in four undergraduate women experiences sexual assault in college. Revolar wants to do something about that by arming women with a new kind of emergency-use button that will alert friends or family when someone needs help.

In doing so, the company hopes to be part of the growing “wearable safety” market enabled by innovations in location and wireless technology, and it believes that potential applications reach well beyond helping women who are being assaulted. The Revolar device fits under clothing or on a keychain.

The idea comes from Revolar’s CEO and founder, Jacqueline Ros, a 25-year-old Latina entrepreneur who wants to take on “rape culture” using wearable technology. The device will be on display at the Techstars booth at the 2016 International CES.

“The reality is that I wanted to build something to help my sister,” said Ros in an interview with VentureBeat. “Young women, mothers, and even men come up to me after a presentation and say that they can use this.”

You press the device when you need help. The Revolar has a concave button that guides your thumb to the button, so you can press it without looking at it. First, you pair the Revolar with your smartphone via a Bluetooth connection. Then you set your preferred contacts. With one press, Revolar sends a “yellow alert” and lets your emergency contacts know your location. It alerts them to reach out for situations such as a minor car accident, sudden minor illness, or feelings of discomfort in a social setting. It can send the alert in a subtle way, without a potential attacker knowing that someone has sent out a request for help, Ros said.

If you press the Revolar rapidly twice, it sends a red alert and lets your loved ones know it’s an emergency and they should contact 911 on your behalf. And Revolar isn’t useful to just those who need immediate protection, Ros said. Revolar’s red alerts could help anyone who has had a severe allergic reaction or needs help because of a fall or injury.

“People in the hearing-impaired community told us this could change their lives,” Ros said.

To avoid false alarms, the company has designed the product for differentiated alerts. The concave button also makes the device hard to accidentally press. 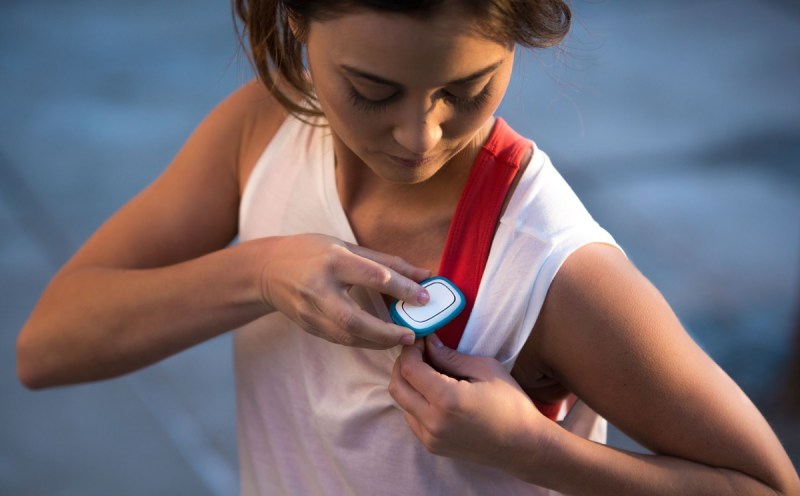 Above: Revolar’s panic button can be worn on or under your clothing.

Ros started Revolar because her younger sister was assaulted twice before the age of 17. In both cases, the sister wasn’t able to reach a cell phone in time before the attack took place. Ros said that was the initial impetus, but she kept working on it for the past three years because so many other people spoke up and encouraged her to do it because they could also use the technology.

“It’s been a continuous outreach from the community that has inspired us,” Ros said.

“We’ve realized our impact could be even greater than we originally anticipated,” added Megan Espeland, chief marketing officer of Revolar. “For example, a group of visually and hearing impaired individuals reached out because our technology could change their lives. We’ve heard from women who faced stalkers and felt like they had no recourse. And both male and female survivors of assault have told us that our intervention would have made a difference.”

Denver-based Revolar went through the 2015 Boulder Techstars accelerator program. Ros said that experience helped her think and talk more about the broader opportunity. And that, in turn, helped the company raise $3 million from The Foundry Group, which has also funded other hardware companies such as FitBit, Sphero, and Modular Robotics. Revolar has grown from three employees to 15 in the past year.

Revolar plans to build other wearable devices for use in fields such as solo running and travel, and adding features to Revolar itself. The company’s motto is: “Why aim to be a million-dollar pony when you can be a billion-dollar unicorn?”

You can preorder Revolar now, and the device is expected to ship in the spring. Rivals in the wearable safety market include Cuff and Wearsafe.

Many keys come with panic buttons. But Espeland said, “We don’t consider Revolar to be a ‘panic button’ per se, as we believe our product helps people live more empowered and free lives. We encourage our users to use their Revolar before they reach a ‘panic’ situation. The time to use Revolar is when you begin feeling uncomfortable and want to make your friends and family aware. These situations are best for yellow alerts. That being said, we do offer a red alert that allow our users to communicate a more serious situation to their contacts.” 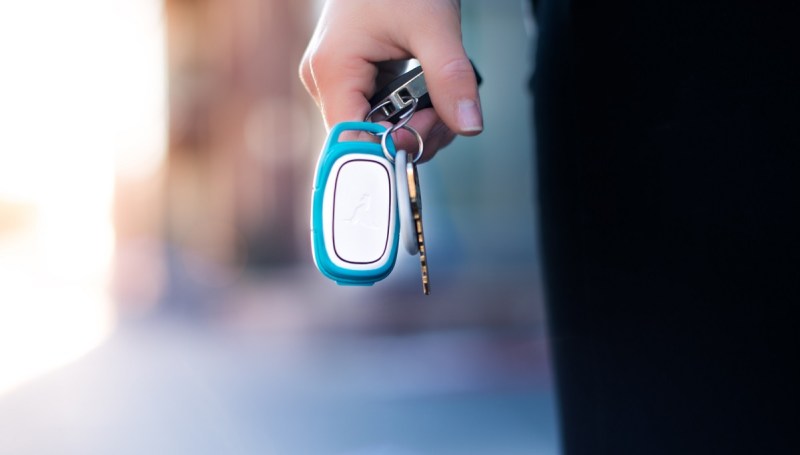 Above: Revolar’s alarm lets women press a ‘panic button’ when they need it.