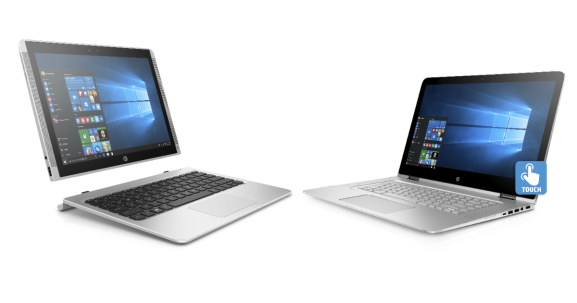 At least, that seems to be what HP believes, as the PC manufacturer announced at CES 2016 larger versions of both its Spectre X360 and Pavilion X2 products, due out in February.

The new Spectre X360 will feature a 15.6-inch 4K diagonal touchscreen display, which is capable of resolution up to 3820 x 2160. Consumers will get to choose between an Intel Core i5 or i7 processor, an up-to-512GB solid-state drive, and an optional Intel Iris GPU. This supersized version of the Spectre X360 will be available through Best Buy, with a starting price of $1,150.

The smaller of the two products, the Pavilion X2, is getting a boost from a 10-inch to a 12-inch display. HP is also offering solid-state drives up to 256GB — a major jump from the previous model, which maxed out at 64GB. Processor choices on this larger Pavilion X2 appear to be tied to which solid-state drive option I select. If I want the 256GB version, I have to stick with an Intel Core M solution. Otherwise, it’s the Intel Atom for solid-state drives up to 128GB. I’ll have about a month to make my decision, as this new 12-inch Pavilion X2 isn’t launching until February 7, when it will be available online and at select retailers for $500.