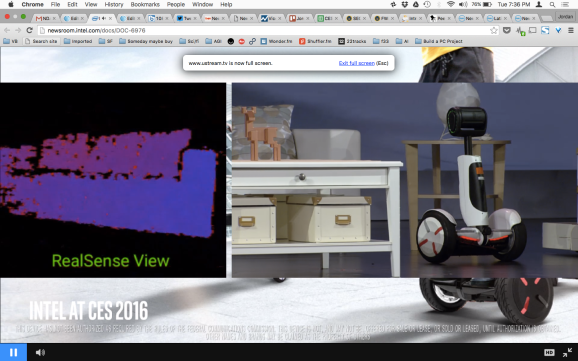 Intel showed off a robot built in partnership with Ninebot and Segway today at the 2016 International CES, the big tech trade show in Las Vegas this week.

This is a different kind of robot, as it also serves as a kind of hoverboard. You can ride it around the house or down the street.

When you get off, the robot does its own thing. It can move around the house, carry things in its arms, and even see who is triggering an alarm at your front door.

“We designed this Segway to be an open platform,” said Intel CEO Brian Krzanich, during a keynote speech at the event.

Krzanich said that the robot will eventually become a commercially available product.