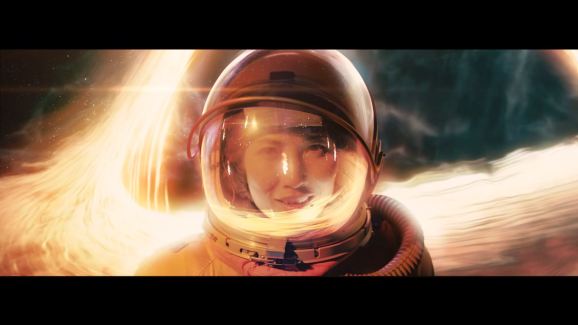 The Oculus Rift is opening up for preorders tomorrow, but that doesn’t mean HTC is going to let you forget about its new Vive development kit.

As part of the promotion for the new Vive Pre, the name for the second development kit, HTC unleashed a new promotional video for the device at the Consumer Electronics Show in Las Vegas. This marketing push definitely focuses on what the experience is like by having real actors surrounded by computer-generated graphics that simulate what it might feel like to use the Vive. As always, the VR participants are gorgeous humans with lean bodies, and — again, as always, they look pretty dumb. This is another example of VR companies struggling to show off their new tech in a way that outsiders can understand, and it’s a problem the industry will likely have to overcome if it’s really going to reach $150 billion in sales by 2020 like tech advisor Digi-Capital predicts.

Check out the new Vive ad for yourself:

At least HTC has learned that you should tell the actors to keep their mouths closed.

Now, HTC is in no way alone in struggling to market VR. We’ve seen Sony look a bit lost during stage demos for PlayStation VR as recently as last month. During the PlayStation Experience event in San Francisco in December, the company suffered through technical glitches (which aren’t unreasonable or unexpected), but it was boring to watch and didn’t convey a fun experience.

Both Sony’s and HTC’s efforts have proven that it’s really hard to get the message across about VR to consumers. You can either bumble through an onstage demonstration, or you can fake it with actors who look like they’re in a high-definition version of a Sega CD full-motion-video game like Night Trap. Hell, Sony has done one of those itself, and the company even sprinkled an embarrassing amount of fake esports on top of it in the the promo video for Rigs, a PS VR game:

As dumb as these videos make VR and the games look, we keep getting them for a reason: No one knows how to sell virtual reality yet. As these products reach the market, you’re going to hear the converted say the phrase “you just have to try it” to skeptics over and over. That’s because words and even pictures or video cannot capture the experience of entering a simulated reality. At least not yet.

That’s one of the big reasons that market-research firm SuperData expects most people to engage with cheap versions of VR like Google Cardboard first in 2016. That will give people the chance to taste this technology without having to make a big up-front investment in hardware.

The only alternative to sending out a ton of free Cardboard kits — something Google has done over and over — is possibly setting up demo kiosks at physical retailers. But that seems like it could get expensive quickly, since you’d need someone running these stations to keep the headset clean and to troubleshoot any problems.

But until Oculus, HTC, and Sony figure out how they want to do this, we’ll probably keep getting good laughs from their marketing departments and video teams.