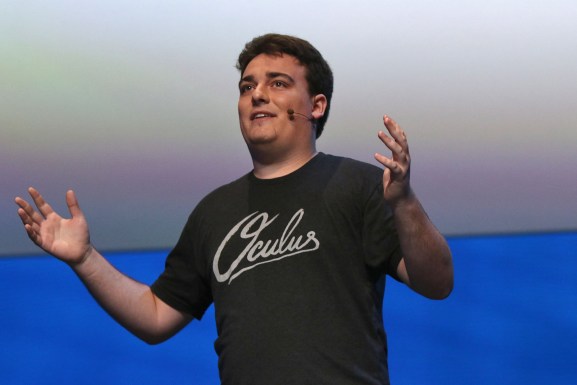 Oculus is about to start selling the Rift tomorrow, but first, the company is rewarding its earliest true believers.

If you were one of the thousands of people who got an Oculus Rift DK1 from the company’s original crowdfunding campaign on Kickstarter, you’re going to get the consumer version free. In an update posted to the Oculus Rift Kickstarter page, Oculus founder Palmer Luckey, chief executive Brendan Iribe, and product manager Nate Mitchell explained how excited they are for the launch, as well as the announcement of the giveaway.

“You guys were the earliest believers,” said Mitchell. “We can’t wait to see what you think.”

This is a big move to maintain good will with VR enthusiasts, which is something Oculus has taken seriously so far. Rift was one of the earliest big successes on Kickstarter, with 9,522 backing a total of $2.437 million. And while many of those backers were unhappy when Facebook acquired Oculus in March 2014 for $2 billion, Luckey and Iribe have done a lot of work to ensure those fans haven’t felt burned since.

Those moves include bundling the consumer Rift, which goes on sale tomorrow, with an Xbox One controller alongside the third-person platformer Lucky’s Tale and the cockpit-simulating space fighter Eve: Valkyrie. But it’s also a lot more than that. Luckey is constantly in the Oculus forum on the message board/content-aggregation site Reddit. He answers questions honestly, which fans appreciate.

Now, by shipping the final Rift to the original Kickstarter backers, the company is attempting to keep that strong bond with its biggest supporters. This is Oculus suggesting that it’s in this together with VR lovers. And as this market finally migrates from pre-release buzz into the “prove it” stage, Oculus knows it will likely benefit much more from having an army of huge supporters talking about their awesome new Rift than from forcing those backers to spend a few hundred bucks all over again.