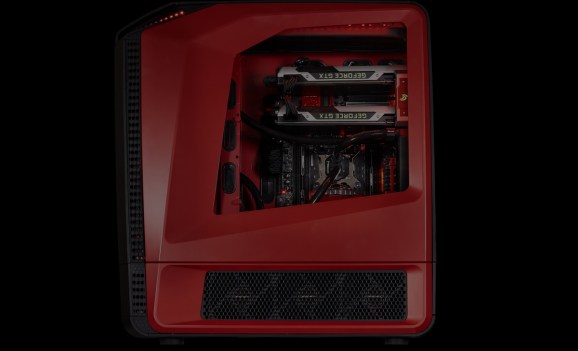 Origin PC wants to wow attendees at the 2016 International CES with new gamer PCs. The Miami maker of gaming computers is announcing the Origin Chronos small form-factor chassis and a new Origin Omni all-in-one gaming desktop. Origin PC is also unveiling an app that lets you control your PC from a smartphone. 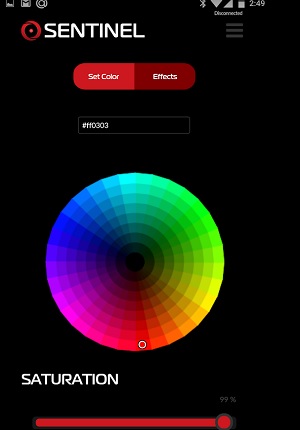 Above: The Origin Sentinel app lets you monitor your gamer PC from your smartphone.

The custom PC company is starting the new year with Chronos, a small machine that measures 11.75 inches in height, 4 inches in width, and 13.75 inches in depth. While small, the computer sports an Nvidia GeForce GTX Titan Z graphics core, an Intel Core i7 5960X processor, the Origin Frostbyte 120 sealed liquid-cooling system, and up to four 2.5-inch solid state drives and one 3.5-inch storage drive. The Chronos can be placed vertically, horizontally, or even upside down thanks to its detachable magnetic feet and rotating logo.

The Chronos is available next month.

Meanwhile, the Origin Omni desktop has an Intel Core i7 5960X processor, the liquid cooling, overclocking, and Nvidia graphics as high up as an Nvidia GeForce GTX TITAN X (12 gigabyte) graphics card. It also has a 34-inch ultra-wide 21:9 curved 3K display, with resolution of 3440 x 1440 pixels. It has an optional custom webcam with dual microphones, and it has an optional clear window back cover. The Omni will ship in the first quarter of 2016.

And Origin PC’s Sentinel app lets you control and monitor your PC from an app. The Sentinel run on the Windows desktop, iOS, or Android devices. It lets you customize each individual light-emitting diode on the PC, and it offers real-time monitoring of your CPU, hard disk, graphics processing unit, and motherboard.

“Origin PC continues to push the envelope for innovation and excitement in the PC industry and we are starting strong in 2016 with two product launches and two more product announcements here at CES 2016,” said Kevin Wasielewski Origin PC CEO and cofounder, in a statement. “With the world’s most powerful All in One desktop, the world’s smallest high performance gaming desktop, and the intuitive Sentinel app, ORIGIN PC is delivering high-performance, customizable products in every category.”