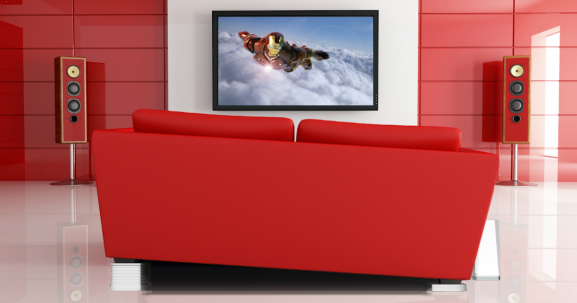 We see a lot of cool ideas at CES, but this is the first one that could be used as both a form of entertainment and a way to find lost change in my couch.

It’s called the Immersit, and it is essentially a custom air pump system that lifts and lowers the corners of a chair or sofa based off of what is happening on my TV, PC, or virtual reality device. Since the system is four separate air pumps, one for each corner of a couch, I could make almost any square or rectangular piece of furniture in my house pop 3-wheel motion. It’s also being touted as plug n’ play with almost any platform.

The Immersit demo on display at CES was a mobile virtual reality experience featuring a race car zooming around a tight track. As the car slowed down, my seat leaned forward, and when the gas peddle was put to the floor, my chair slammed backwards.

I’m a fairly big guy, so I was worried I may break the Immersit. Yet a rep informed me that they’ve tested the unit with up to 900 pounds without any trouble. So potentially, I could have an entire sofa of people being tossed and rocked.

The development team behind Immersit (named, well, Immersit), claims that there are already hundreds of games and movies that are compatible with the product. And hundreds more are in the pipeline to becoming compatible with the Immersit. Those of us that want to start hitting switches on our couch may need to sit tight for a little bit, there doesn’t seem to be a solid price point or release date set just yet.