Virtuix, maker of the Omni virtual reality treadmill, said today it is testing the waters for a “mini-IPO” under new regulations that allow companies to raise money in a new way.

Austin, Texas-based Virtuix has begun shipping the Omni, a new product that allows you to run on a treadmill-like platform while wearing virtual reality goggles. It enhances the feeling of presence, or being immersed in a virtual world, because it allows you to make use of your legs and run.

The system works with a variety of upcoming VR goggles such as the Oculus Rift. Now that Virtuix has begun shipping it, the company is also exploring how to raise more money on SeedInvest under the new mini-IPO rules of Regulation A.

Historically, investors had to be accredited by the Securities and Exchange Commission in order to invest in private companies. The approvals were based on income and net worth, enabling only the wealthiest 2 percent of Americans the opportunity to invest.

With the new regulation under Title IV of the JOBS Act, now the general public is allowed to invest in private tech startups.

“Our company owes its beginning to the support of the passionate virtual reality community,” said Jan Goetgeluk, founder and CEO of Virtuix, in a statement. “Each week we receive requests from supporters who want to participate in the financial future of our company and, because of regulation, we’ve had to turn them away.” 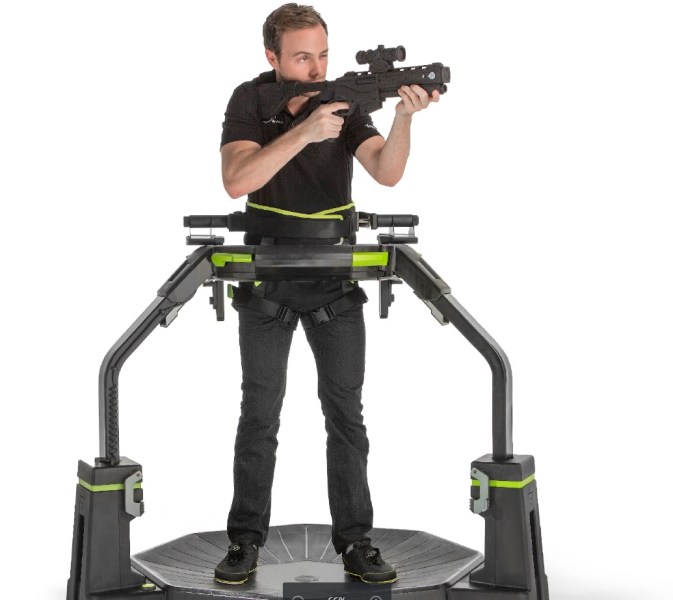 He added, “It felt counter to our company’s culture. Now, with Regulation A, our customers and supporters may have a chance to buy shares in Virtuix alongside Silicon Valley venture capitalists and global institutional investors.”

Virtuix has 31 employees, and it has raised $9 million to date, primarily from private and institutional investors including Mark Cuban and Silicon Valley venture capitalists including Maveron and Tekton Ventures. Virtuix has pre-sold more than 4,000 Omnis to date and started shipping in December 2015.

“Given Virtuix’s previous fundraising successes on Kickstarter and SeedInvest, it’s fitting that they now invite all of their customers to indicate interest in potentially owning a small piece of the company,” said Ryan Feit, CEO and cofounder of SeedInvest, in a statement. “Virtuix is a great illustration of a company that is at the forefront of combining raising capital with building a passionate community.”

Virtuix plans to use any new money it raises from its upcoming offering to fund growth and further product development. Ultimately, Virtuix’s vision is to have an Omni be part of every Active VR setup both for home use and for commercial applications that include out-of-home entertainment, training and simulation, and virtual tourism.

Since the start of 2010, 353 companies have raised nearly $3.9 billion in venture money, according to PitchBook. Virtuix filed to have its offering qualified with the SEC, and it is collecting non-binding indications of interest from investors at the SeedInvest web site.

Goetgeluk founded Virtuix in April 2013. The Omni is available for preorder for $700. The company is displaying the Omni at the 2016 International CES in Las Vegas this week.