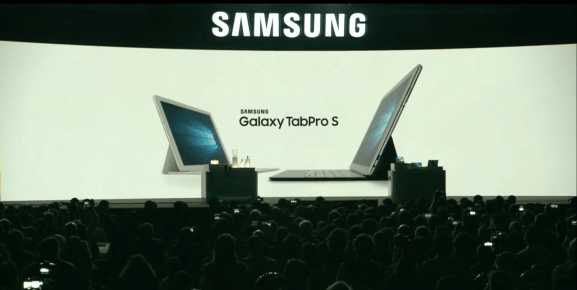 I’m noticing a lot of competition trying to out-Surface the Surface these days. Hey, I don’t mind! In the end, I’m the one who potentially benefits from this little tussle. If this industry-wide showdown can get me something that’s portable, runs like a PC, and has a pen that lets me draw and paint — for half the price of Microsoft’s Surface products — I’m in a pretty sweet spot.

So a new challenger was announced earlier today — Samsung’s Galaxy TabPro S. I got a few minutes to try the tablet out just before collapsing in my hotel room at the consumer electronics show (CES) in Las Vegas. It wasn’t enough time to do a hard test run, but enough to form a first impression.

First off, the main body of the Galaxy TabPro S is super light and incredibly thin. I am pretty sure I have dinner plates that are more of a strain to hold than this thing.

Being thin comes at a price, however, specifically in terms of port options. The Galaxy TabPro S has an audio out port and only one USB Type-C slot (used for charging). I understand the trade-off, but while I really like the size and weight of the device, I don’t know that I can actually make something with so few port options my main portable machine.

The detachable keyboard on the Galaxy TabPro S is longer than the Surface Pro 4 keyboard, but for good reason. The unit attaches to the upper back via magnets, then folds into itself to create a support, allowing the tablet to sit at one of two angles for typing. I had a bit of trouble figuring out how to actually fold the device properly, and it took several tries. I want to blame this on my being brain-dead after a full day at CES, but still … something about folding the keyboard into place didn’t feel smooth. 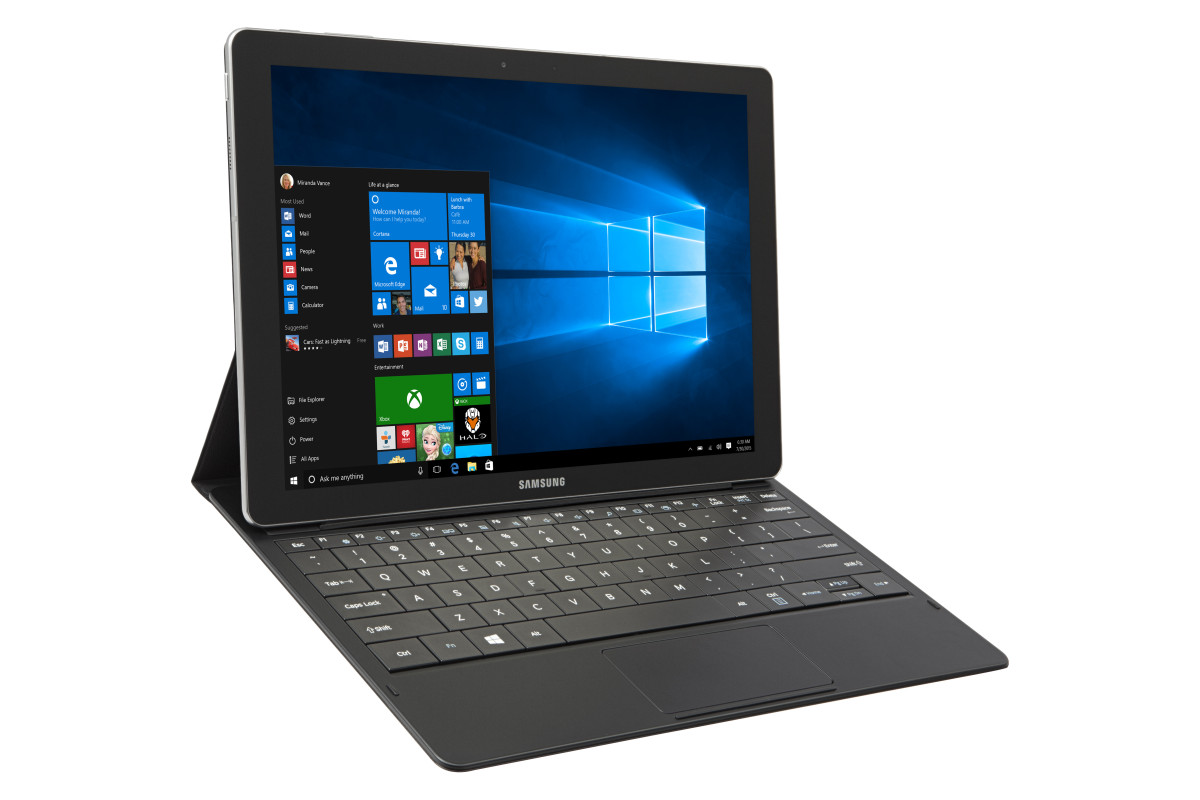 The one thing I was really looking for was a pen or stylus. The trailer showing off the Galaxy TabPro S had a pen, and a couple of actors stroking away at the screen as if they were drawing something spectacular. Yet Samsung doesn’t seem to have a pen ready to demo, yet. Supposedly “something is coming.”  When I inquired about pressure sensitivity — as lack of sensitivity is probably the one thing that can kill a pen and tablet product for me — Samsung reps averted their eyes and sealed their lips.

My time with the Galaxy TabPro S was short, too short to really go one way or the other on it. On my hype scale, this tablet is just at interesting right now. It’s light and thin, having made the appropriate sacrifices to make that happen, even if I frown on those choices. The folding keyboard is cool, even if I fumbled over how it actually works. But what I need is a pressure-sensitive pen — otherwise I’m just finger painting absolute color on yet another tablet device — and that’s not a feature I expect from a product that’s trying to beat the crap out of the Surface.