A regulatory filing from Apple on Wednesday revealed that CEO Tim Cook earned just $10.3 million in 2015, versus about $25 million for Apple’s other executives. Meanwhile, as of September 26, Cook is sitting on unvested Apple stock worth about $310 million, based on today’s trading price of around $100 per share.

That stock is due to vest over a five-year period between next year and 2021, at which point it will likely be worth a heck of a lot more.

By comparison, Steve Jobs’ Apple shares were worth about $2.3 billion at the time of his death in 2011. Assuming none of those have been sold (his widow Laurene Powell Jobs now likely controls them), they’d be worth about $4.8 billion at today’s value.

Cook is likely worth between $700 million and $800 million, taking into account his unvested Apple stock. The company had a strong year in 2015, largely thanks to demand from China, where sales nearly doubled in the most recent quarter (as compared to the same quarter a year earlier). Apple’s next earnings call is due on January 26. 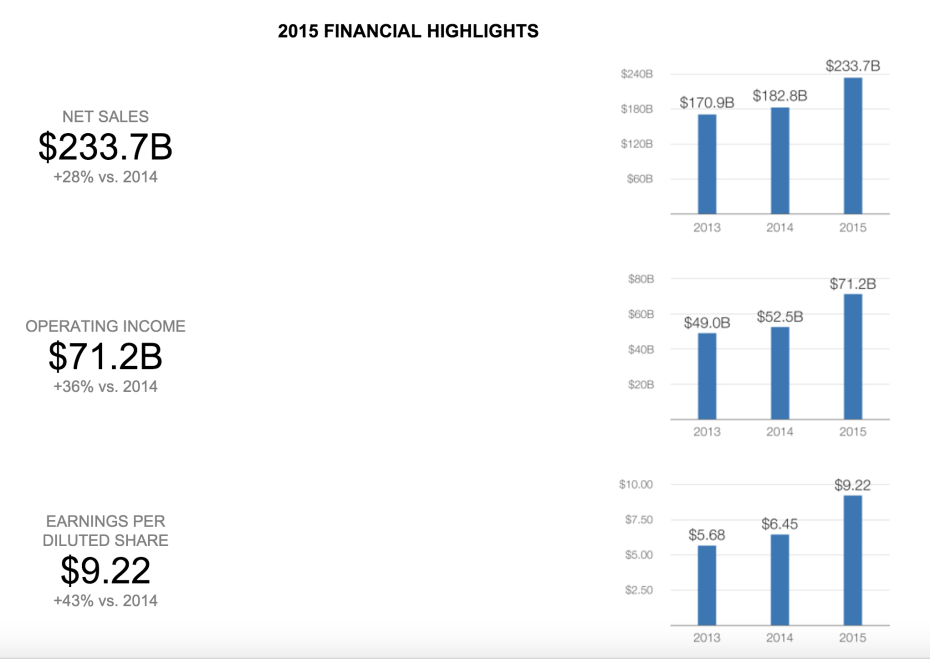