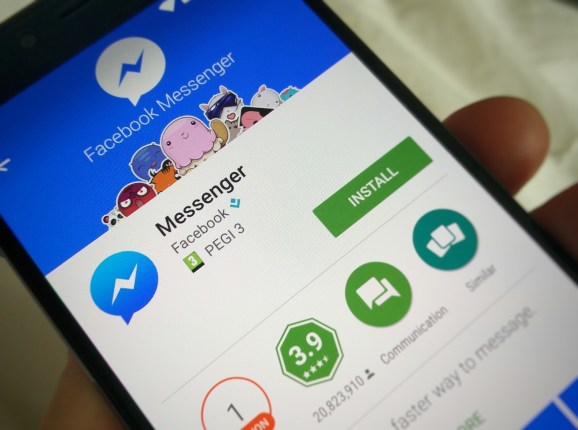 To provide some context for this growth, Facebook reported 500 million MAUs in November 2014, 600 million in March 2015, and 700 million in June. While the rate of acceleration has slowed slightly, it’s clearer than ever that Facebook’s decision to spin out Messenger as a standalone entity (preventing users from messaging through the main Facebook app) has paid off.

Messenger has evolved a great deal in the past twelve months — it arrived on the Web under the full Messenger brand and began making moves to kill phone numbers. But the biggest move, for sure, was its shift toward becoming a platform, making it possible for developers to build and integrate apps. “The Messenger team’s mission is to make Messenger the best place to communicate with all the people and businesses in the world,” wrote David Marcus, Messenger VP, in a blog post today.

Of course, Facebook’s reach extends way beyond Messenger. WhatsApp — another Facebook property — passed 900 million MAUs in September, and Instagram notched up 400 million in the same month, while Facebook itself danced merrily past the 1.5 billion mark in November.

Long story short, Facebook may well have three separate apps with north of 1 billion monthly users by the end of 2016.