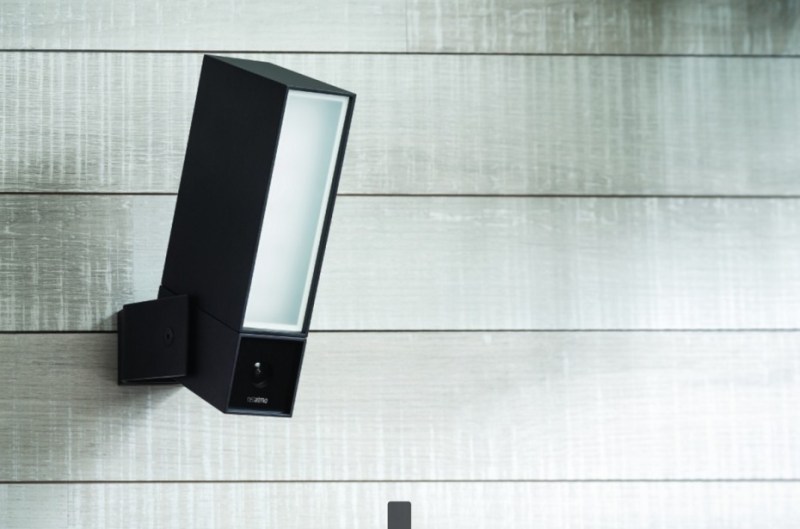 Above: Netatmo has a smart security camera.

Presence is a smart outdoor security camera that sends an alert based on an analysis of a scene. If someone is loitering around your house, Netatmo’s Presence will detect that person and send a message to your smartphone. It can detect the movements of your pet, or it can tell you if someone is dropping a delivery at your door. You can train the camera to stay in a particular zone and, using deep learning technology, analyze only certain types of motion. It also comes with a floodlight. Presence doesn’t dump a ton of video on you. You don’t have to take an online storage subscription out. When it identifies significant events, it saves the video so that you can view it, preventing you having to view long, unedited footage. Presence will be available in the third quarter. 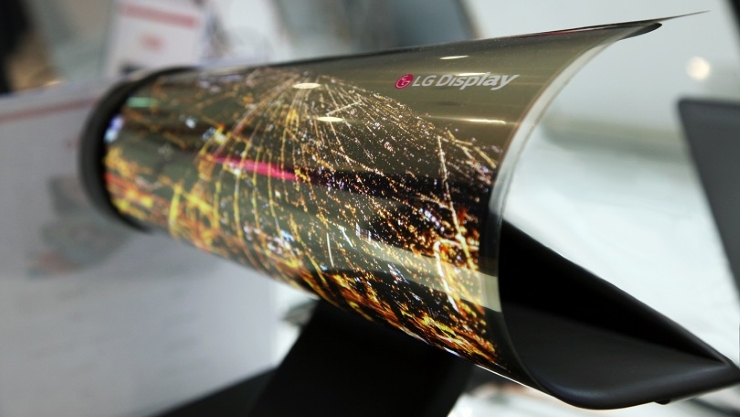 Rollable and flexible displays seem like either science fiction or a waste of time. But the LG rollable OLED screen is real. We can roll up the screen like a newspaper, and, in fact, that might be a good use of the technology. LG is showing a prototype now that is as thin as paper and has a resolution of 810 x 1200, or almost 1 million pixels. I’m not sure how we’ll end up using it. But I suspect the roller display will find many usages over time. This makes me feel like technology is becoming as disposable and flexible as a poster. You can go somewhere, put up a rollable screen, and then turn your surroundings into a movie theater or living room.

3D drawing is pretty cool. Adrian Amjadi of AtmosFlare showed me how to draw physical images in 3D, using the 3D drawing pen. The system uses ultraviolet light to cure a resin. You can pull on it and deform it any way you wish, essentially making something like the jellyfish in the video here. The resin sticks on porous things, but not on metal. The longer you leave the UV light on, the harder it becomes. The $30 system is on sale at Toys ‘R Us. The company says this will “forever change the way you do art.” I don’t know if it’s going to do that, but it did give me a small moment when I thought, “Wow, that’s cool.”

Oculus VR came up with its “paint app” in September, but I finally got some hands-on time with it at CES. I was amazed at how easy it was to sculpt objects using two virtual hands (via the Oculus Touch hand controls and Oculus Rift headset). Expressing yourself with sculpting tools isn’t easy. But sculpting in the virtual space gave me a feeling of instant gratification. I started with a blank slate. Then I selected a tool for adding clay with one of my hands. I was able to change the way that the clay shot out of the Oculus Touch wand by rotating my hand. Then I was able to smooth out the edges, spray paint it, replicate it, and delete whole sections of it using my hands in the virtual world. It really makes you feel like you are sculpting something that is real. I can imagine it will be very easy to use a 3D printer to print out the 3D creations you build. You could certainly do something like this in a video game, like Media Molecule’s upcoming Dreams game on the PlayStation 4. But in VR, you feel like you are also inside the thing you are creating. You can turn the image to view it from new angles. This is one of those experiences that could make your head explode with creativity if you’re a 3D artist or sculptor. 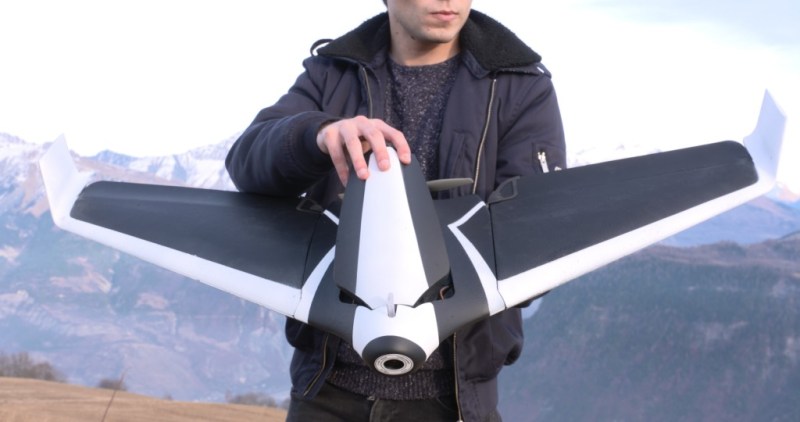 Parrot has created a unique drone that can fly for 45 minutes on a single charge and reach speeds up to 50 miles per hour. The Parrot Disco is the Swiss company’s latest entry into one of tech’s fastest-growing markets. The Disco is a flying wing that has a motor. It can fly itself or follow instructions you give it via an app. The drone can also take off and land by itself, using its own autopilot. If you use the Parrot Skycontroller, you can get a first-person view on a tablet screen of everything the drone is seeing. You don’t need any training to fly the drone, which has a range of two kilometers, and can navigate its way back to you.