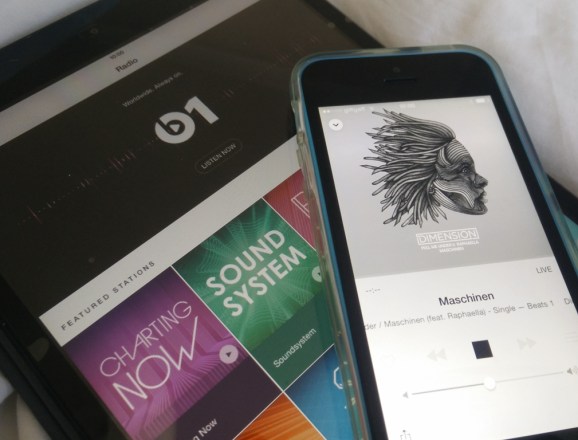 Apple Music now has 10 million subscribers, according to the Financial Times. Assuming the report is accurate, Apple has added more than one subscriber every two seconds since the service launched.

That’s impressive growth, but let’s compare it to Spotify.

Spotify reached a noteworthy milestone of its own in June: 20 million paying subscribers and 75 million active users. Unfortunately, Spotify hasn’t released updated stats since, and declined to do so for us today. Back in June, Spotify said it added “an average of one new subscriber every three seconds” over the last year (ending June 10, 2015).

So Spotify is still bigger than Apple, but Apple is growing faster, right? Maybe.

We can’t definitively compare growth rates from two separate time frames, but a Spotify spokesperson offered us a new hint today, saying, “the second half of 2015 was our fastest subscriber growth in history.”

If Spotify maintained its old growth rate (from June 2014 to June 2015) of one new subscriber every three seconds (from June 10 on), then the company would have added 6 million additional subscribers, to date.

If that rate increased — and Spotify just told us that’s the case — then Spotify now has at least 26 million subscribers, if not more, ignoring one big caveat; these estimates assume we’re talking about net growth, and that there wasn’t a mass exodus from Spotify to Apple Music last year. That could have happened, though we haven’t found any substantial reports suggesting it did.

But let’s not give Apple too much credit.

Judging from the data we have at hand — and again, this data is rough, and doesn’t include factors like music industry trends or increased iOS device sales — Apple is on track to add 20 million new subscribers in 2016. Spotify is on track to add at least 15 million. In order to surpass Spotify this year, Apple Music has to come up with more than 11 million additional subscribers.

That’s not impossible for Apple to do, but it’s far too early to even suggest that the company will suddenly make it happen. In fact, unless net growth rates shift dramatically in 2016, it probably won’t.