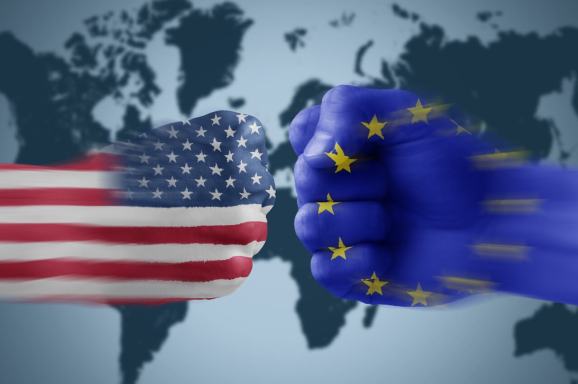 The European Commission has decided that 35 multinational corporations will be required to repay $765 million after they ruled that a tax break offered by Belgium was illegal.

In issuing the decision, the EC did not list the 35 companies, but hinted that it may do so later. And it went to great lengths to note that the majority of the companies who benefited from the scheme were based in Europe.

“Belgium has given a select number of multinationals substantial tax advantages that break EU state aid rules,” said Margrethe Vestager, EC commissioner in charge of competition policy, in a statement. “It distorts competition on the merits by putting smaller competitors who are not multinational on an unequal footing.”

However, the investigation is part of a broader inquiry into various tax breaks offered by European companies, including those received by Apple in Ireland and Amazon in Luxembourg.

It’s not clear that either of those companies is directly implicated in the tax problem in Belgium. But the new ruling demonstrates that the EC is pursuing a tough crackdown on such deals, and demanding companies repay the money they saved stretching back a decade or more.

The deals have been controversial in the U.S., where lawmakers have criticized them for allowing some companies to shift profits offshore to cut their tax bill. Europeans are frustrated over the idea of large companies getting tax breaks when national governments are struggling to balance their budgets.

“There are many legal ways for EU countries to subsidize investment and many good reasons to invest in the EU,” Vestager said in her statement. “However, if a country gives certain multinationals illegal tax benefits that allow them to avoid paying taxes on the majority of their actual profits, it seriously harms fair competition in the EU, ultimately at the expense of EU citizens.”