How do you get people to play games? If you were a gamemaker in 2015, one of the go-to answers was apparently to advertise on television. A lot.

Ad dollars spent on TV by the video game sector increased 47 percent last year vs. 2014, according to research firm iSpot.tv’s data. During 2015, 65 brands placed 406 different spots on U.S. national television just over a quarter million times, adding up to an estimated media value of $629.2 million. That’s up significantly from 2014 when 52 brands ran 298 different spots, spending an estimated $427.4 million to air them 154,500 times.

Big brands bet on big titles. Supercell spent heavily on Clash of the Clans. It was the only gamemaker to hit the $3 million mark in estimated media value on a single day for its TV ad placements; in fact, it did that multiple times (during the Super Bowl and the NBA Finals). The company ran 29 unique commercials throughout the year with a cumulative estimated media value of $59.8 million. 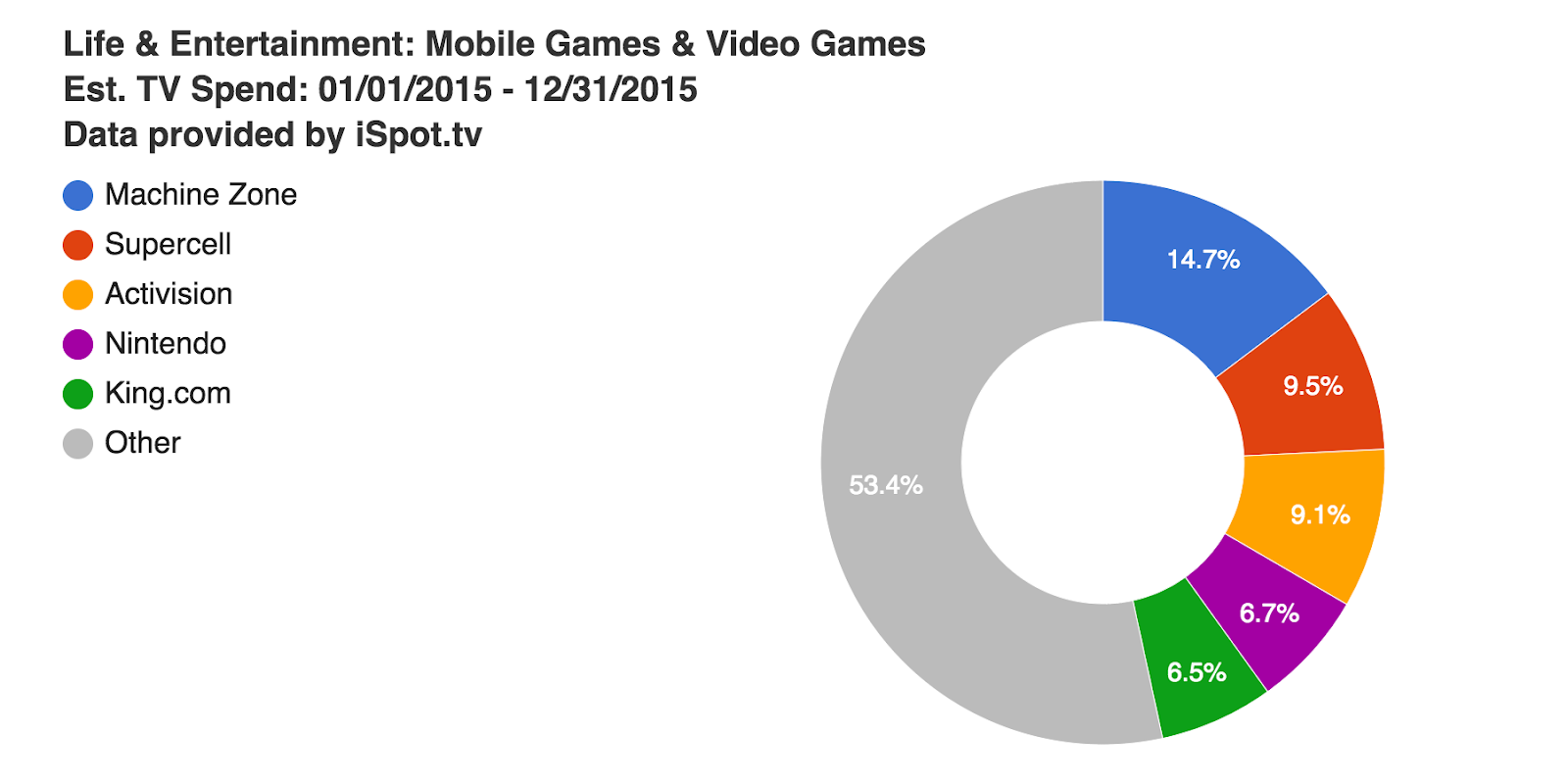 Activision spent the most on TV ads for Call of Duty: Black Ops III (estimated media value: $30 million) but also invested heavily in Destiny: The Taken King — Evil’s Most Wanted. The company increased its TV spend significantly, going from $43.2 million in estimated media value in 2014 to $57.5 million in 2015. 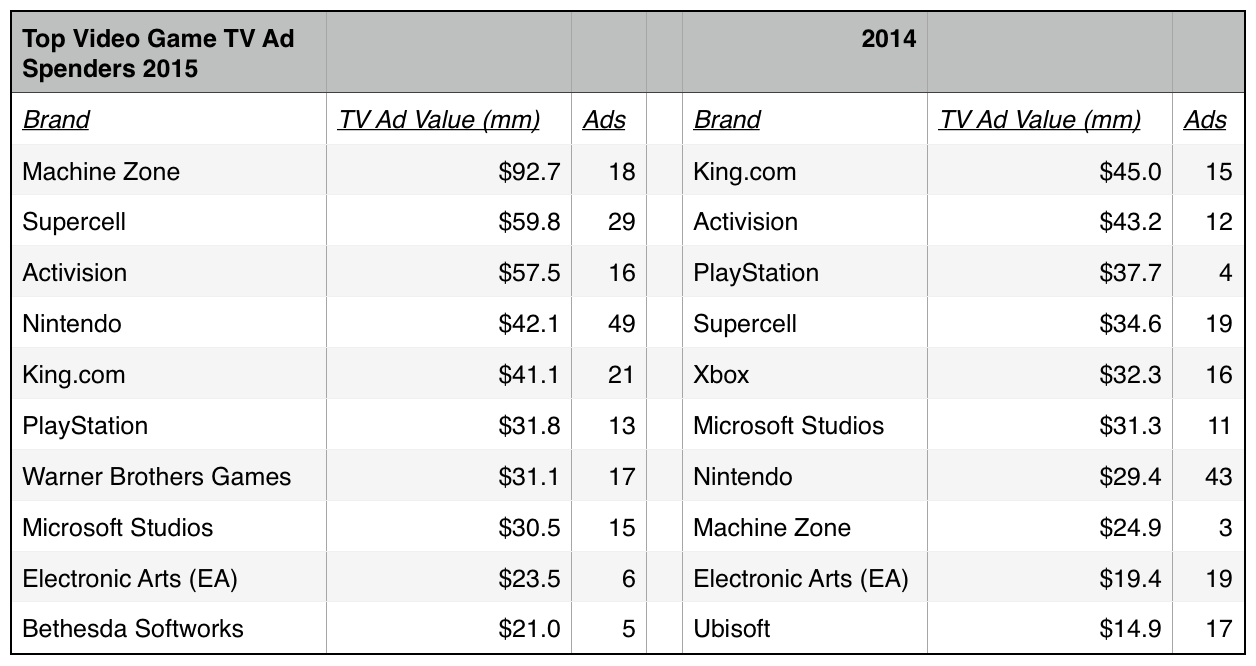 Overall, the gaming industry spent more than half ($329 million) of its entire 2015 TV ad budget just in the last four months of the year. 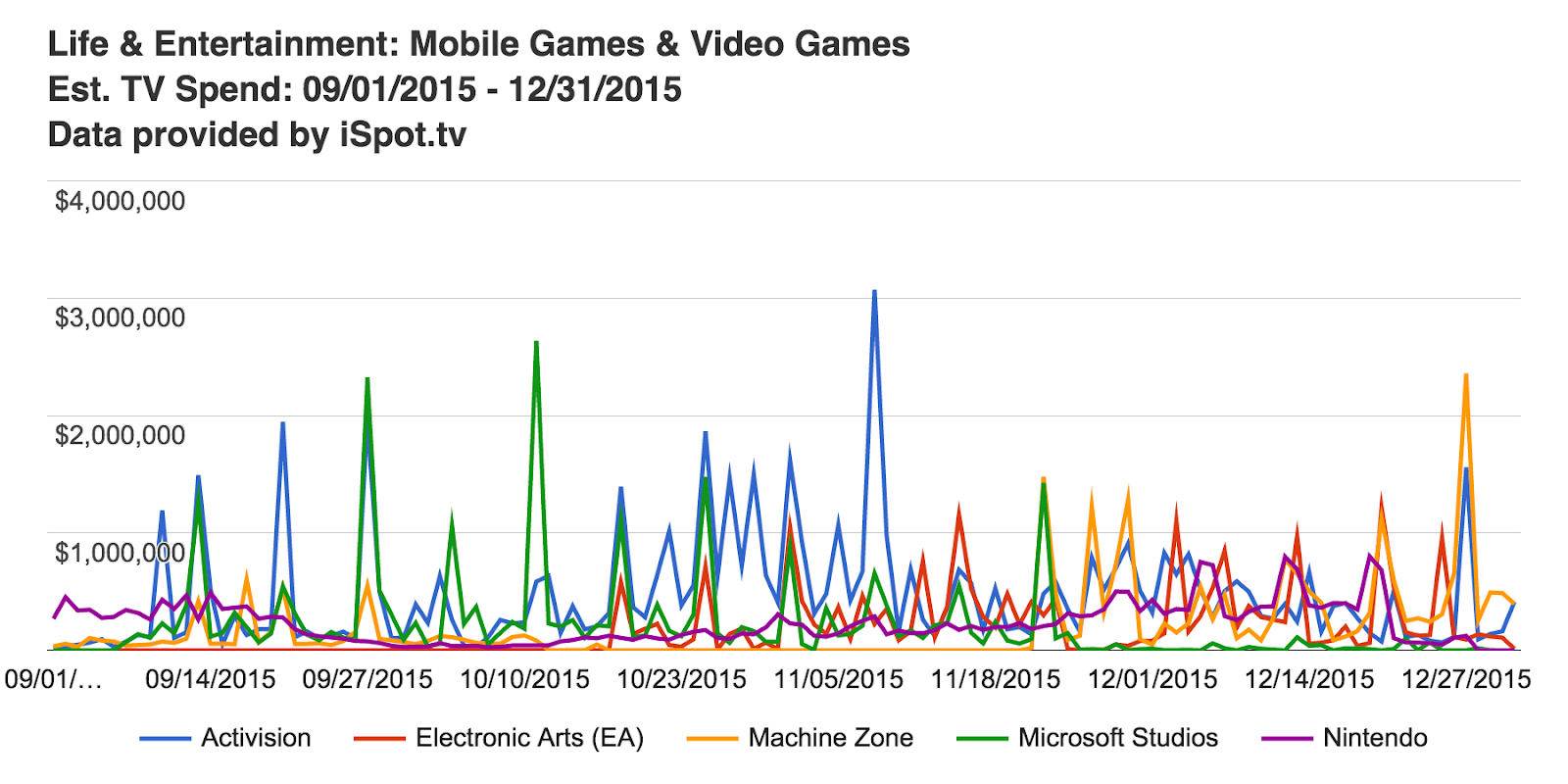 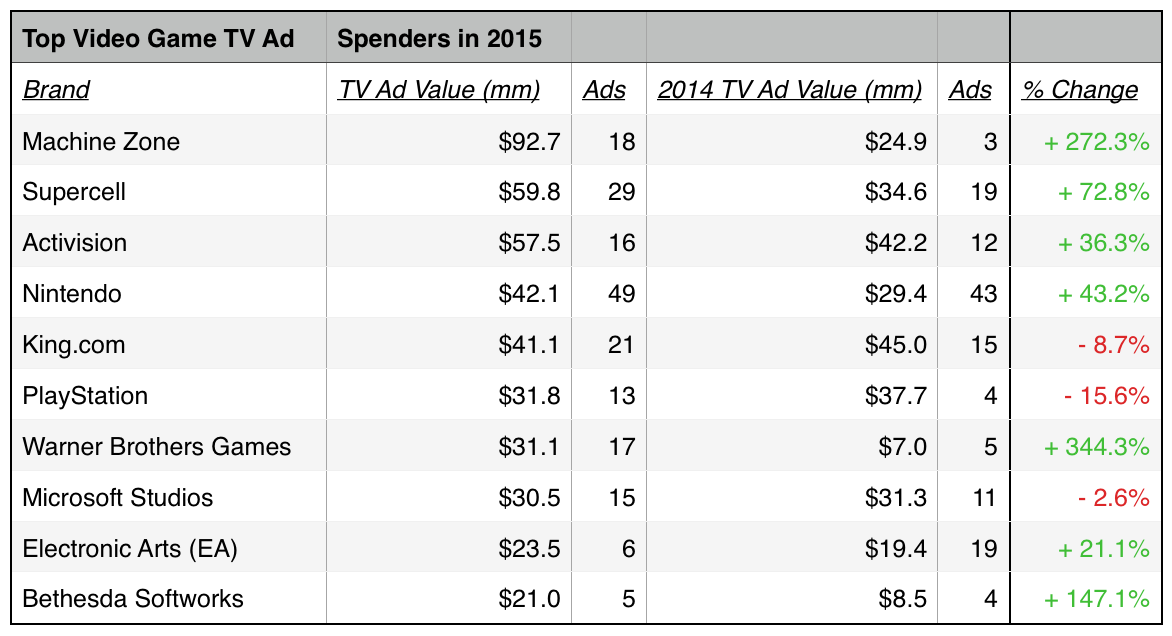 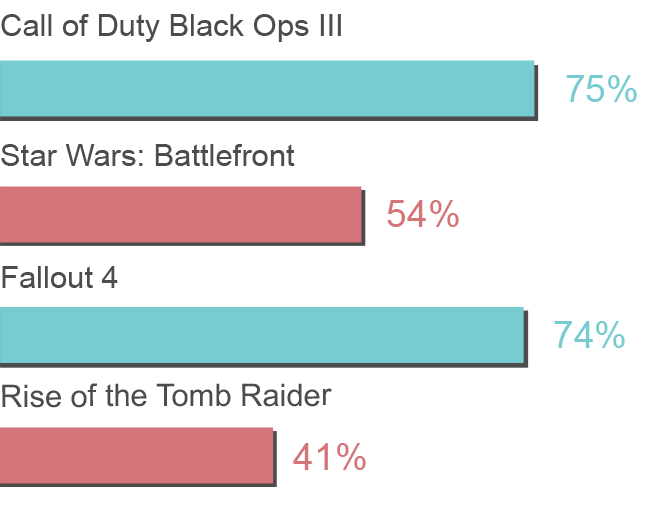 The biggest ad in video games this year

The most widely seen TV ad campaign in gaming last year was for Machine Zone’s Game of War, featuring Kate Upton. That campaign accounted for almost 10% of the entire industry spend in 2015, with the game maker placing five different versions of the ad across national television for a total estimated media value of $61 million.