Want to test your Internet connection? Chances are your flow is something like this: Fire up Google, type in something like “speed test,” pick speedtest.net or some other equivalent from the search results, and off you go. Microsoft wants to cut down those last few steps, at least for Bing users.

The company is experimenting with a new “Speed Test” tool on Bing, as first spotted by Windows Central. As its name implies, the widget helps you test the speed of your Internet connection.

“We’re always testing new experiences for Bing, which includes the Speed Test experience,” a Microsoft spokesperson told VentureBeat. “We have nothing further to share at this time.”

If you type in “Internet speed test” you’ll get the widget right at the top: 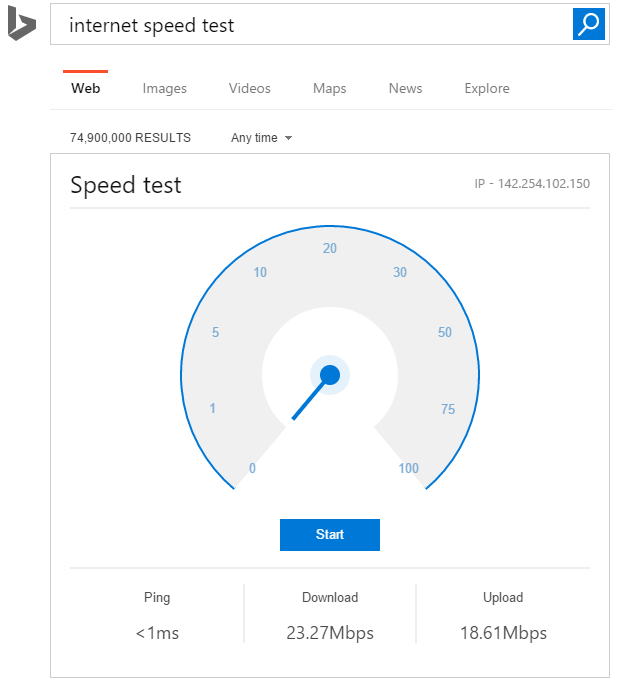 If you type in “speed test” you’ll get the widget a bit further down: 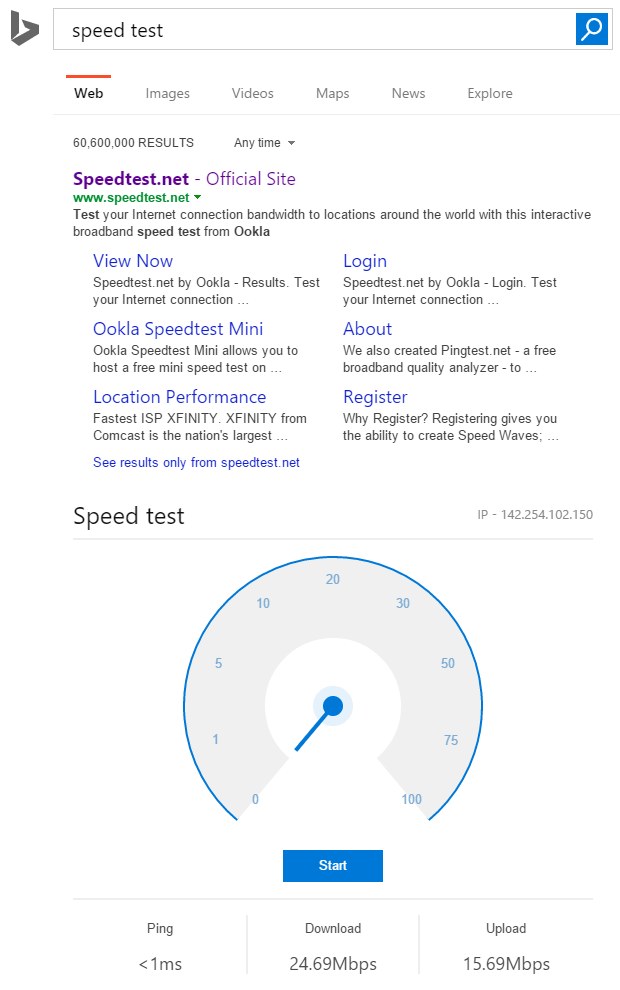 Again, the whole point here is to let you run a speed test right from the search results page. You can get a quick overview of your IP address, latency, download speed, and upload speed.

We could only get the tool, which is similar to Microsoft’s “Network Speed Test” app for Windows, to regularly appear on the desktop site. We couldn’t get it to show up on Bing’s mobile site or mobile apps, but others have:

@Daniel_Rubino yeah maybe cuz it showed up on my phone too pic.twitter.com/2v3NBtdpqa

Providing information and tools directly in search results is common practice for search engines. The difference here is that a speed test tool is a bit more complicated than a calculator or currency conversion.

Nobody is going to switch from Google to Bing over any of these — no, not even for a speed test tool. But this does show Microsoft continuing to push the bar higher. If there’s any tech market that needs competition, it’s search.