Hulu executive Ben Smith said that the video-streaming service “just wants to learn” as it ramps up its virtual reality push.

That comment, given during the 2016 Consumer Electronics Show last week, rather strongly echoes earlier comments from Valve writer Chet Faliszek, who said in May, “When it comes to VR, we don’t know anything.”

Valve is working in partnership with HTC to bring the Vive VR headset to market this spring. Hulu likely has plans to release an app on the Vive.

“None of us know what the hell we are doing,” Faliszek said last year. “So we want to share what we’re doing and what we learned along the way.” 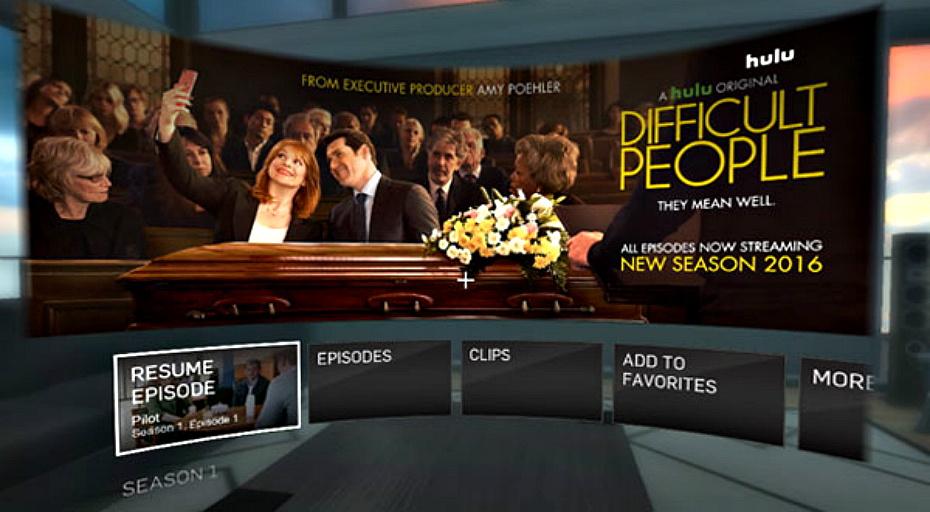 Hulu, which announced its push into VR last autumn with an app on the $99 Samsung Gear VR headset, is preparing to unveil its VR products this spring. These will include content for headsets and apps.

Smith, who is Hulu’s head of experience, was quoted by Variety as saying:

We are spending a lot of time on virtual reality. We are spending a lot of time in incubation. Trying things, seeing what works, what doesn’t work… Really spending attention to the dividing line between an experience that feels good for the first five minutes, and what you are actually going to do habitually. Day after day, or what you are going to do for two or three hours… Maybe we don’t release it [our new VR content] right away, maybe we archive it. But you are gonna start seeing some stuff from us this spring on VR, on the core experience of VR for video and also some content as well… We are setting our expectations appropriately. This is about early adopters. This is going to be about a lot of advanced technology, a lot of people who come from gaming. It’s not for Mom and Pop in Cedar Rapids, Iowa yet. But it will get there. So we just want to learn now.

I haven't laughed as hard as I just did watching #ModernFamily when Phil came out with the virtual reality gear/game going. omg #hulu

Netflix is also known to be working on VR.

CEO Reed Hastings, also speaking at CES last week, said that while Netflix has “no concrete plans” to deliver 3D virtual reality content, it will ensure that its existing content can at least be watched on VR devices. It also has an app available on the Samsung Gear VR.

The combination of VR and AR (augmented reality) could be a $150 billion industry as early as 2020.

In any case, it’s refreshing to hear top execs from giants like Hulu admitting that VR is entirely alien territory and that they essentially have no clue what they’re doing. That’s what makes new tech so exciting.