LG told VentureBeat today that its newly announced $435 million investment to ramp up solar cell/panel manufacturing output represents the company’s desire to hedge its bets as smartphones and TVs enter a “mature period of commoditization.”

Under the South Korean electronics giant’s new plans, it will ramp up its current solar output capacity from 1GW to 1.8GW by 2018, and reach 3GW by 2020. That latter figure is equivalent to the electrical power consumed by one million households, LG said.

“One thing you will learn about Korean conglomerates is that they tend to invest big when times are tough or the future unclear,” LG’s global communications director, Ken Hong, told us in an email.

LG is said to be supplying the OLED screens for Apple’s upcoming iPhone 7, alongside Samsung, and in November announced plans to invest $8.7 billion in a new OLED plant. That makes today’s $435 million investment sound relatively small in the grand scheme of things.

“This is how the likes of Samsung, Hyundai, and LG have leapfrogged the competition in the past decade to become global brands. Western companies, on the other hand, tend to batten down the hatches when times are tough to protect shareholders. Korean companies do not exist solely to appease shareholders.”

LG cites data from IHS that forecasts global solar demand will grow from 68GW this year to 82GW by 2019.

IDC predicted in August that worldwide smartphone growth would slow to 10.4 percent in 2015, down from 27.5 percent a year earlier. In November, LG said its core businesses, including mobile and TV, will be more independent this year.

That was part of the company’s attempt to “respond quickly and decisively to market conditions and business growth opportunities” under new leadership. 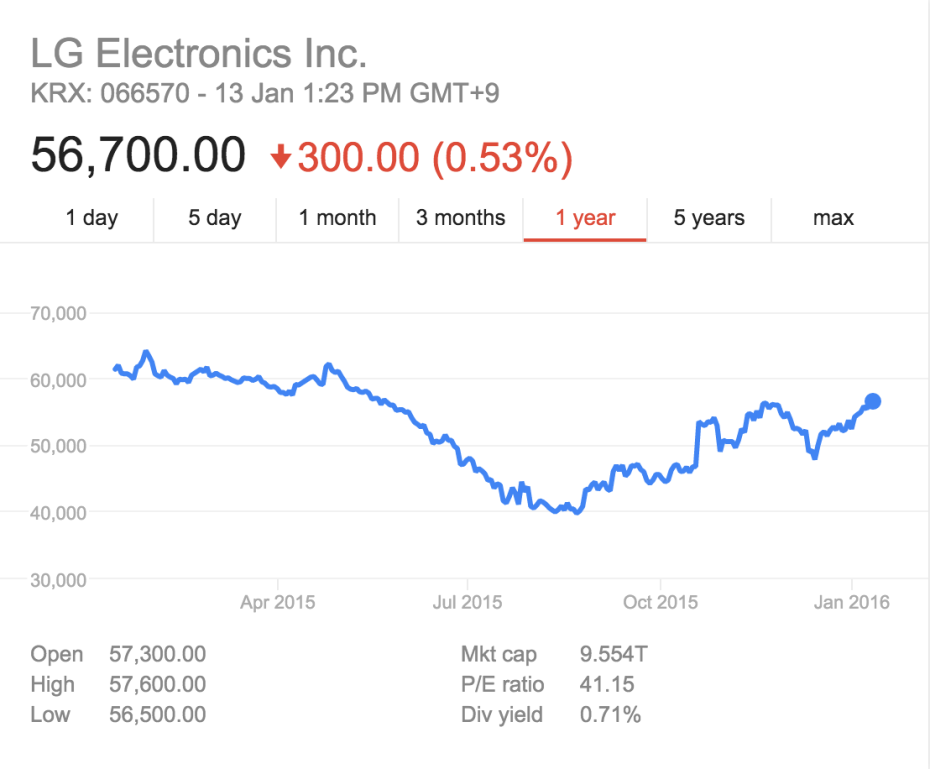 Notably, at the time of the leadership changes, LG cited energy as a key growth area for its future operations: “Complementing [our] ongoing leadership in televisions, mobile devices and appliances, high-growth areas such as automotive components, energy, IT, and B2B are expected to drive more of LG’s growth going forward.”

That said, LG hasn’t exactly been quiet on the smartphone front. Last year, it partnered with Google to build the well-received Nexus 5X, and its flagship LG G4 smartphone and the slightly larger LG V10 have also been well received by the industry at large.