Activision Blizzard is intent on elbowing its way into the movie business. Today, the company is announcing that it has hired Stacey Sher, a seasoned movie producer, as co-president of its movie division.

The studio will make television shows and films based on the video game giant’s library of globally recognized game brands, which includes Activision Publishing’s Call of Duty and Skylanders and Blizzard Entertainment’s Diablo and StarCraft.

Sher will be co-president of Activision Blizzard Studios alongside former Disney executive Nick van Dyk, who the company announced late last year as the other co-president. She is a two-time Academy Award nominee with film credits that include producer roles for The Hateful Eight, Pulp Fiction, Django Unchained, Garden State, Erin Brockovich, Matilda, and Into the Badlands.

“As its large and loyal fan base can attest, Activision Blizzard has created franchises that mean so much to audiences over the course of 35 years,” Sher said in a statement. “I’m excited about our mandate to create filmed entertainment based on Activision Blizzard games that is as great as the games themselves. I look forward to joining Nick, Bobby, and the insanely talented and forward-thinking team at Activision Blizzard to develop an even greater voice for these franchises by bringing them into the world of television and film.” 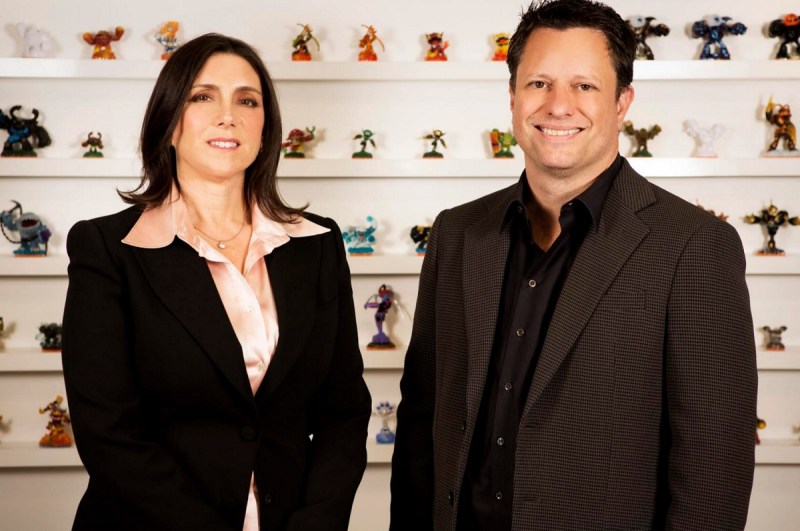 Sher has produced more than two dozen major motion pictures, including Quentin Tarantino’s most recent film, The Hateful Eight, as well as nearly a dozen TV series and TV movies.

“Stacey is a rare talent behind two decades of award-winning television series and films,” said Bobby Kotick, the CEO of Activision Blizzard, in a statement. “Her ability to collaborate with the most inspired, talented people in entertainment and her unyielding commitment to creativity make her perfectly suited to Activision Blizzard Studios. As custodians of some of the world’s most successful entertainment franchises, we are thoughtfully and creatively expanding our franchises through television and films in a way that will honor the commitment our audiences make to our games.”

The Activision Blizzard pattern follows that of Marvel Entertainment, which once ran its business by getting outside movie studios to make films based on its comic book heroes. Then Marvel started doing its own films based on its heroes, and now it is owned by Disney, so that much of its intellectual property is exploited by one parent company.

Van Dyk said in a statement, “Stacey’s immense talent is a great fit for Activision Blizzard Studios, and together we’ll bring Activision Blizzard’s hugely popular intellectual property to both existing fans and new audiences. Our model is unique: we have a rich library of franchises created over three decades with tens of millions of fans, direct relationships with our audiences and Activision Blizzard’s business capabilities, which enable us to operate with incredible efficiency in content creation, marketing and distribution as compared to the traditional studios. Our focused and disciplined strategy will drive tremendous franchise value for Activision Blizzard as we bring audiences new ways to engage with the intellectual property they love. I couldn’t be more thrilled to partner with Stacey in building this business.”

Tarantino, who worked with Sher on multiple Oscar-winning movies, said in a statement, “Stacey’s uncompromising commitment to creativity and great storytelling is why she has been an amazing collaborator on the three films we have made together, and a cherished friend over the past 20 years.”