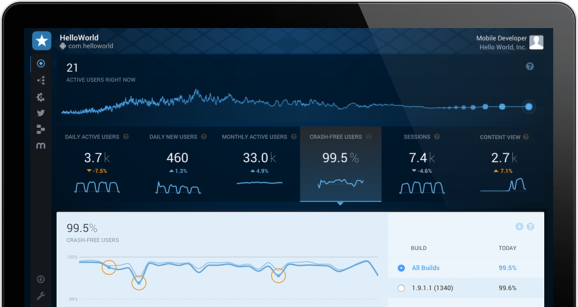 Among other things, Answers can track app usage app installs by way of Twitter. Answers has been available from Twitter for iOS and Android apps since July 2014, and it became available for free a few months later. The technology was initially part of Twitter’s Crashlytics kit.

“Over the past few months, we’ve seen many of the same challenges we’ve solved on mobile occurring on other platforms, including desktop and TV,” product manager Brian Swift wrote in a blog post. “Developers are building the next great experience for their users on these platforms, and yet, they have limited real-time visibility into their user activity. We thought we could build something much, much better that would give developers on these platforms the same level of visibility as mobile platforms.”