We’re pleased to introduce our first two speakers for the second annual GamesBeat Summit 2016, an event that’s set for May 3 and May 4 at the scenic Cavallo Point Lodge in Sausalito, California. This event is about the global business of gaming, which is growing in so many ways and becoming a bigger part of the entertainment and technology industries. We’ve designed this year’s summit to be a more intimate experience for the leaders of the gaming world. 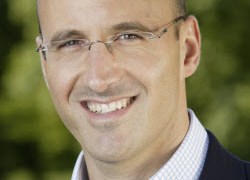 Our goal is to make GamesBeat Summit the best event of its kind. It brings together 180 gaming executives from all segments of the gaming platform ecosystem to develop a blueprint for the industry’s expansion in 2016 and beyond. New markets, new game genres, and new platforms are opening up for game companies. Virtual reality, augmented reality, and esports are re-energizing developers. Our speakers will shed light on the landscape and help you make the right decisions so your company can grow. We’re vetting the speaker candidates for good narratives, such as David and Goliath stories, that hold lessons for us all.

Our first speakers include:

Robbie Bach, former chief Xbox officer. Microsoft lost $5 billion to $7 billion on the original Xbox, launched in 2001. And it made billions of dollars on the Xbox 360. Depending on the time frame in which you look at it, it was either an insane waste of money or the finest strategic decision that Microsoft ever made. Robbie Bach had to make the call to do it or not. He was the chief Xbox officer from 2000 to 2010. After two console cycles, Bach decided to do work as a “civic engineer” to help fix both charities and governments. We look forward to a discussion of what Bach learned from his efforts and how they are relevant today to companies that are trying to establish new platforms. Bach recently wrote a memoir book, Xbox Revisited, about his time at Microsoft and his own efforts to fix our country’s civic problems. 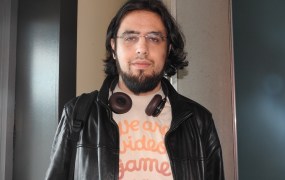 Above: Rami Ismail, cofounder of Vlambeer, maker of Nuclear Throne and Ridiculous Fishing.

Rami Ismail, cofounder of Vlambeer. Ismail is one of the most visible independent game developers in the world. The cofounder of the Netherlands-based Vlambeer is trying to use that fame to give back to the indie community and do good. The studio’s has a signature style, and fans have supported it all the way. Five years ago, Ismail and Jan Willem Nijman started the company. Their hits include Super Crate Box (2010), Serious Sam: The Random Encounter (2011), Gun Godz (2012), Ridiculous Fishing (2013), Luftrausers (2014), and Nuclear Throne (2014). Ismail has also been active supporting indies with the Indie Press Kit,DoDistribute, DoToolKit, and GameDev.world. Ismail is outspoken on social issues, and he has taken gamers to task for online harassment. And he remains a big advocate for the global gaming business. 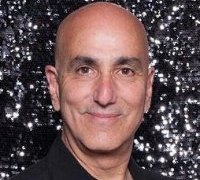 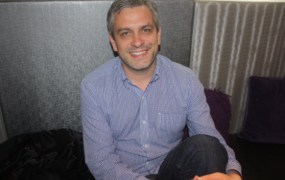 Above: Neil Young of N3twork

If you’d like speak or recommend a speaker, you can apply here by11:59 p.m. Pacific on Friday, February 5.