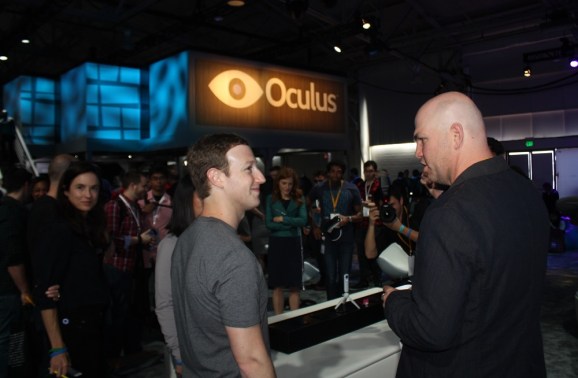 Facebook is opening an office focused on research for its Oculus virtual reality platform in Pittsburgh, of all places.

An Oculus spokeswoman confirmed that the company has leased an office in Pittsburgh “that’s dedicated to Oculus Research.” In other words, it’s not just for any employees of Facebook, and not just for any Oculus employees, either.

Pittsburgh is an area where technology companies can find top-notch researchers. It’s the backyard of Carnegie Mellon University, where Uber has hired many robotics researchers to work on its self-driving car initiative. Apple is also said to have opened an office in Pittsburgh. Now it’s Facebook’s turn to set up a presence in the area.

“We are currently seeking innovative researchers with a passion for technology to develop next generation near to 3D face and body reconstruction and tracking at our research location in Pittsburgh PA,” the postdoc position says.

A report last week from the Pittsburgh Business Times indicated that Facebook was leasing a 20,000-square-foot office in the Pittsburgh neighborhood of Oakland, but the report did not indicate any kind of earmark for Oculus.

With its high-end hardware and software for virtual reality, Oculus is receiving a lot of attention in the technology industry. The company has begun preorders of the first consumer version of the Oculus Rift headset ($599), and the Samsung Gear VR ($99), which draws on Oculus software, went on sale late last year. It’s not surprising at all that Oculus would be expanding and pursuing strong talent.

Research has historically been important for Facebook. In the first quarter of last year, R&D spending came out to nearly 30 percent of all the revenue that the company brought in for the quarter. The Facebook Artificial Intelligence Research (FAIR) group has grown following the hire of AI figurehead Yann LeCun.

Oculus has grown geographically since being acquired by Facebook for $2 billion in 2014. Even before the acquisition, Oculus had been plotting expansions into Seattle and Dallas. Both of those projects are now complete. Facebook has also established an Oculus location in Redmond, Washington, which is where Microsoft has its headquarters. Facebook has Oculus job openings in London and San Francisco in addition to Pittsburgh now.

It’s not immediately clear when Facebook will open the new Pittsburgh office — the spokeswoman wouldn’t say. But the software engineer posting does offer an indication. Candidates must be “graduating with a BS by August 2016,” it states.