As big as they might be in terms of popularity, even multiplayer online battle arenas (MOBAs) have to deal with the conflict of integrating new ideas while holding back the tide of obscure minutiae that keep many people away from the genre.

Heroes of the Storm might be the simplest, most bite-sized MOBA yet, but even Blizzard, its developer, has to tangle with this challenge. The company has already shown they’re willing to create heroes that take a while to get used to (like The Lost Vikings and Abathur). But, with the game being a crossover, fans should also be able to jump into their favorite character without too many complications. It’s likely the reason Raynor, the most recognizable character from StarCraft, is also one of the game’s simplest characters.

Greymane, who debuted last Tuesday, might be one of the best middle points between creativity and simplicity. He allows for anyone who’s played the game before to pick him up and get some kills, but he also lets veterans use their game knowledge and reflexes to pull off some incredible plays. And this is exactly what Blizzard should be aiming for. 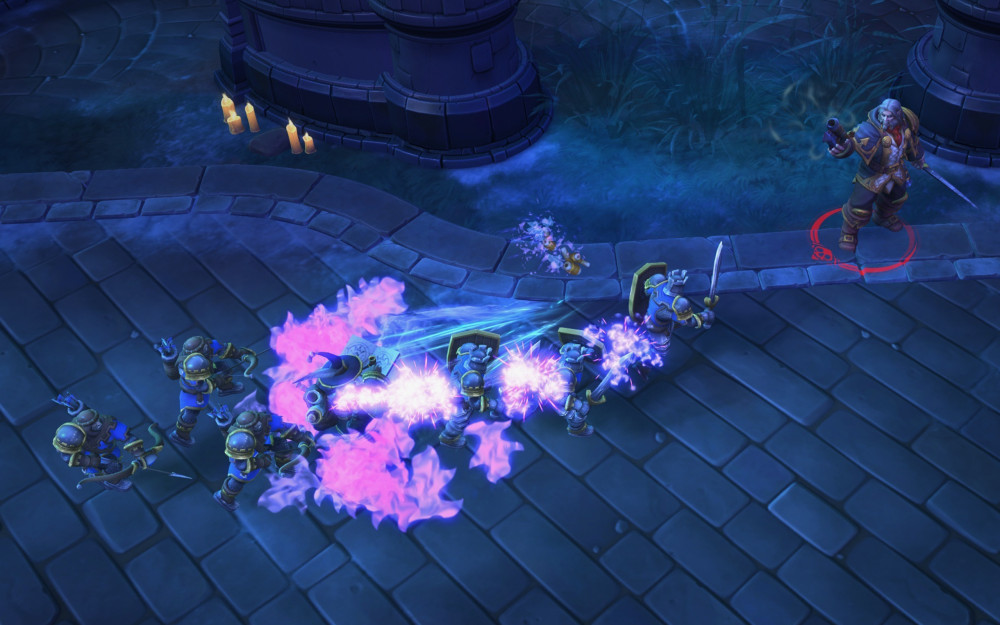 Above: Gilnean Cocktail, which Greymane can only use as a human, deals more damage to secondary targets than the primary one.

Two heroes in one

In Heroes of the Storm’s menus, Blizzard suggests that Greymane is a “Hard” hero to learn. Really, it’s because he’s two simpler heroes you manage at the same time. In his human form, he plays similar to Raynor; both are ranged, throw out damaging spells in a small area, and buff their attack speeds to deal more damage through their regular attacks. One minor difference is that Greymane’s attack speed ability, Inner Beast, shows a small combo meter near the bottom of the screen. Every attack you land increases the duration of the buff, and the meter keeps track of how much time you have left to hit an enemy before the Inner Beast bonus expires. Finally, he can leap toward a target using Darkflight, turning into a Worgen in the process.

As a Worgen, he becomes more akin to a right-clicking hero like Illidan and deals most of his damage by savaging enemies over time rather than through a single burst. His Worgen form retains his Inner Beast ability, but his other two regular abilities change. Gilnean Cocktail (the small-area spell) turns into Razor Swipe, which, along with dealing decent damage, allows him to chase and run away at short distances. Darkflight turns into Disengage, which lets Greymane transform back into a human and roll away.

His two Heroic abilities force him to transform, but it’s Marked for the Kill that will take some getting used to. To fire the bullet that amplifies all damage a target takes, Greymane turns into a human; in order to leap to that same target and attack, he turns into a Worgen. The flashes of shadows, and how quickly the transformation occurs, feel like magic, even if you’re not sure what form you’re in half the time. You get the feeling of having access to a relentless onslaught you can’t quite control — just like a “real” werewolf. 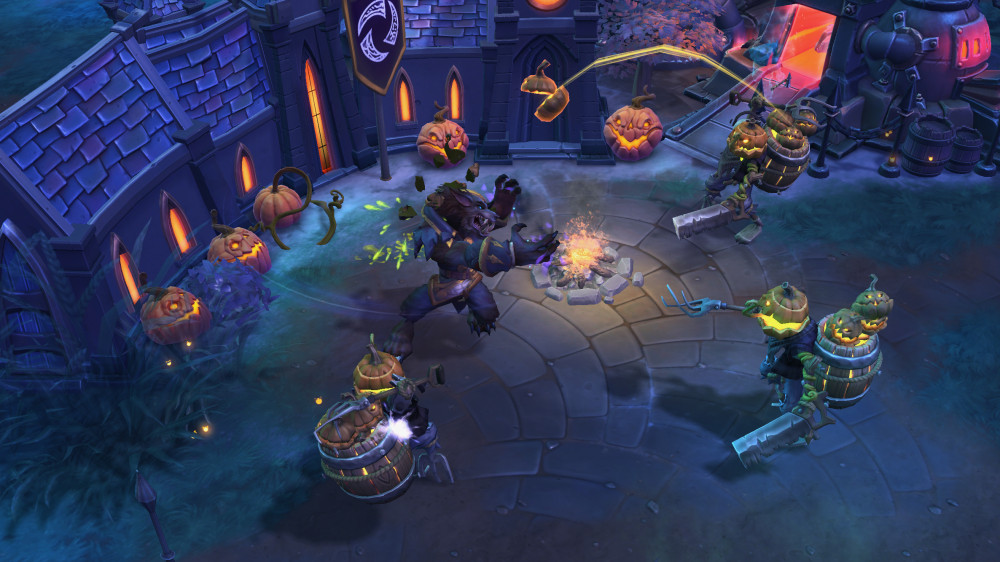 Greymane’s toolkit is typical of an Assassin hero; lots of potential for early kills, the ability to leave a fight if necessary, and lots of abilities on low cooldowns to accentuate your already powerful right-click damage. But what makes the hero interesting is when you’re able to put it all together. Each of his abilities has a basic bottom line of usefulness when used at will, but once you learn the nuances of each of his abilities you’ll get a lot more utility out of them. For example, because you need to attack regularly in order to maintain the attack speed bonus from his Inner Beast ability, anyone learning Greymane should eventually learn how to attack, quickly move toward somewhere, then attack again. This lets him slowly push creep waves and towers more efficiently.

Because Greymane can use Darkflight on creeps as well as heroes, you may need to Darkflight a nearby creep as you rush into battle to start a fight in Worgen mode. Gilnean Cocktail also requires some setup to be most effective, since the explosion that hits enemies behind the target deals more damage than the initial flask. You can also pull off some cool tricks with Marked for the Kill, such as shooting the enemy when you’re low on health, letting your team do some of the work while you retreat to a nearby healing fountain, then using the secondary ability to leap back onto the target (provided they’re not already dead).

These sorts of nuances make Greymane interesting to play, but you don’t have to learn them right away. Though you don’t have access to every ability of his at all times, they follow a logical progression; you leap into combat as a Worgen, then flee as a human when you bite off more than you can chew. He’s not the easiest hero to play, but he’s a great example of how Blizzard’s been able to implement great ideas for characters that reach outside the MOBA norm without overwhelming the average player.