Hewlett-Packard said it is taking its consumer creativity PC, the Sprout by HP, into the educational and enterprise markets under the name Sprout Pro by HP.

The move is part of HP’s strategy of differentiating its computers through innovative “immersive” technologies, such as the ability to capture images of 3D objects and print them out. And on the education side, the new Sprout Pro is an incursion on the turf held by Apple, which has long had a firm foothold in classrooms with its Mac computers.

HP calls the technology behind the all-in-one Sprout — with an overhead camera that can project images on the desk or scan objects — “blended reality.” It is particularly good for capturing images of objects and turning them into digital form.

Such tasks are precisely what schools and workplaces often need to do, said Louis Kim, general manager of immersive computing at HP, in a press briefing. The new product is aimed at creative professionals, students, and teachers who can take advantage of its 2D/3D scanning, augmented reality, immersive dual screen, and added security, he said.

It’s a very unique platform that was several years in the making,” Kim explained. “We brought it all into a sleek product that enables fluid interaction and seamless collaboration. We got a lot of interest from consumers, and also got a lot of pull from professionals and education. Sprout Pro is the response.” 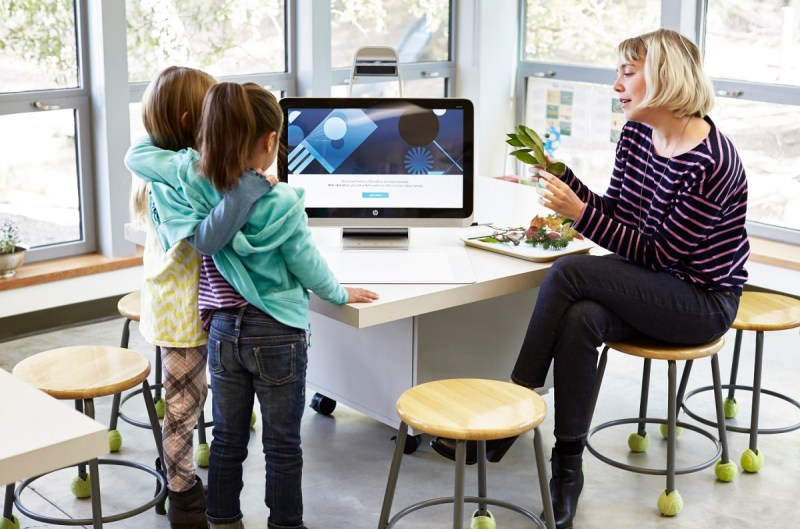 Above: HP Sprout Pro is targeted at education and enterprise.

For education, Sprout Pro consolidates the PC, document camera, and 2D and 3D scanners into an all-in-one solution that reinvents the way students learn, create, collaborate, and share. It gives kids a way to engage in a tactile, visual, and audio experience, and provides teachers with new ways to make lessons immersive and engaging. But at $2,200, it’s not cheap.

“Sprout is like a learning broadcast station,” said Gus Schmedlen, vice president of education at HP.

He said the problem with a lot of schools is that they teach a “one-size-fits-all curriculum.” With something like Sprout, cloud-based assessment systems support adaptive learning, or learning where the level of difficulty is adjusted based on what the student knows.

Sprout has 18 hours of battery life and high-end wireless networking.

HP is placing Sprout Pro computers in 60 leading schools as part of a research program.

In the enterprise, there’s a lot of interest from healthcare, retail, and manufacturing, including from companies that bought the consumer version of Sprout and modified it for their uses. Here, too, Sprout Pro can make it easier to collaborate on creative projects, Kim said.

Software includes the Sprout Companion for Skype for Business, which works with the Sprout pen and map; the HP External Display Mixer, which allows users to share to other screens what’s on the Sprout dual screen; HP Scan, which provides added professional-level document scanning and optical character recognition; and the HP Magnifier, which replaces a document camera and allows users to share live physical objects or documents and zoom in on them.

“You can share something on a desk and see the person sharing it at the same time in a video call,” Kim said. “Phygital is the term for the seamlessness of physical and digital with Sprout.”

The machine runs Microsoft Windows 10 and has an Intel Core i7 processor with DDR4 main memory and integrated graphics. Autodesk has adapted its 3D tool for Sprout. The new machine is shipping in February.

Kim didn’t say how many of the original Sprout have sold, but he did say that sales met expectations, which is one reason HP is now launching the Sprout into new markets. 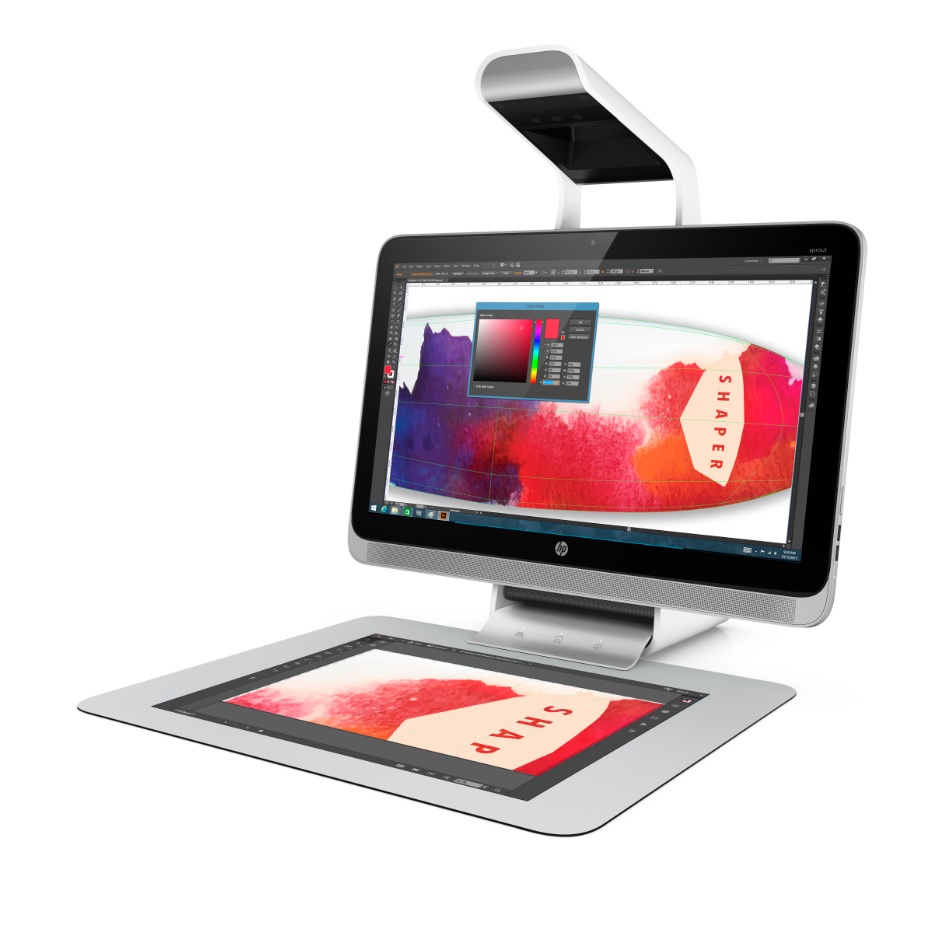