Ubisoft is gunning for a transmedia hit with Tom Clancy’s The Division. The French game publisher is announcing today that it is creating a live-action short film, Agent Origins, in partnership with Amazon Prime and three different creators of viral videos on YouTube.

More than a year ago, Ubisoft teamed up with YouTube video talent RocketJump, Corridor Digital, and Devinsupertramp. Each party made a separate live-action episode while Ubisoft also made one. The full four-episode compilation will be available on Amazon Prime Instant Video starting today. The films will be released as separate episodes on YouTube.

There’s a certain amount of risk and brilliance in this strategy. Ubisoft is letting outsiders create fan-oriented content for the big game, but it is working with YouTube film creators who have a history of creating viral videos. That helps Ubisoft reach a much wider audience than the number of people who could be reached if Ubisoft had created all the videos on its own.

The films are part of a cross-media effort to promote The Division, a major video game that debuts on March 8. The films provide the backstory behind four agents. In the game, a plague of small pox, spread by infected money, wipes out the population of New York City. On Black Friday, the pandemic sweeps through New York and, one by one, basic services fall apart. Sleeper agents, who are secret members of The Division, are activated to restore order. 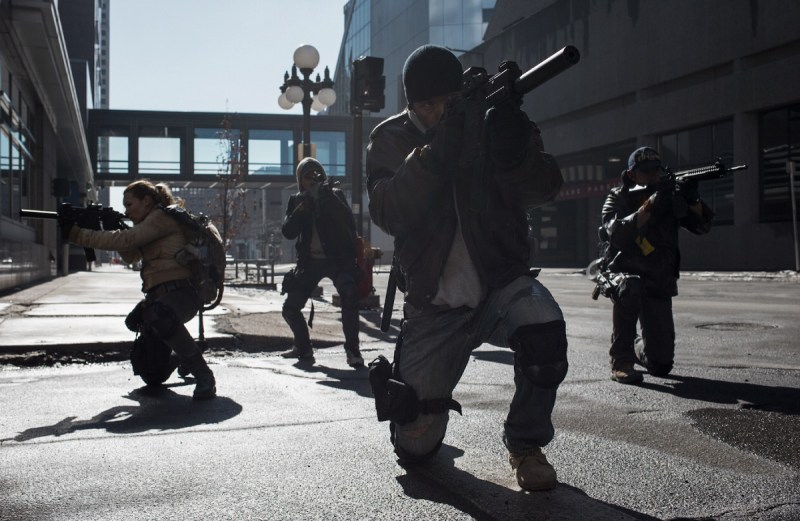 Above: A squad of agents in the live-action film of The Division.

Minnesota-based Corridor Digital’s cofounder, Niko Pueringer, told GamesBeat that the companies worked with each other for more than a year to make it happen.

“This is a little more cinematic, darker and grittier, and it gives us a chance to tell a more serious story,” he said.

“Ubisoft put a lot of trust in us. We tailored each channel to do the kind of video that they usually do,” he said. “It’s very dynamic and kinetic for Devinsupertramp, with way more emotion and energy. RocketJump is comedic, and ours has gritty cinematics.”

The videos will help players absorb the lore of the game starting six weeks before its release. 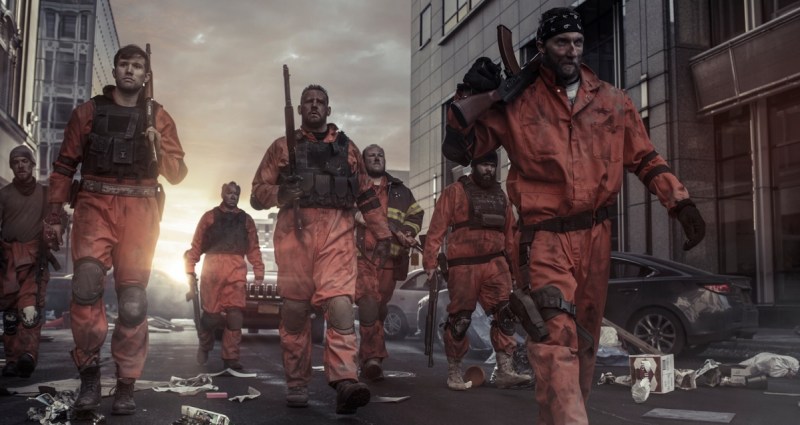 Above: A scene from Corridor Digital’s live-action film for The Division.

The Agent Origins project has been a bit of a risk for Ubisoft in going to outsiders — some of them known most for making comedies — in creating a dramatic series about a very serious game.

“When we thought about this, we knew this would be a pretty big project,” said Ann Hamilton, a marketing director at Ubisoft for The Division, in an interview. “We have worked with Corridor Digital, RocketJump, and Devinsupertramp in the past. We were always very happy with the results. We knew they could create high-quality videos. The idea was to put them all together to complement each other. Each episode would have its own flavor, but it would add up to a cohesive whole with Corridor Digital producing it all in partnership with the others.”

Hamilton said, “When we saw the high production values, we knew it was going to be great.”

RocketJump is particularly well-known for goofy videos, such as “Video Game High School.” By contrast, players will join the gritty story of The Division during mid-apocalypse. So naturally, the RocketJump video will have the most humor in it — an agent named Mia tosses a pizza box at an intruder.

“We knew we would have to humanize the agents, and that was where we got the creative spark,” Hamilton said. “You learn what each of these agents did before they were activated and how they fight. It brings the story of The Division to life. But there are lighter moments in the series.” 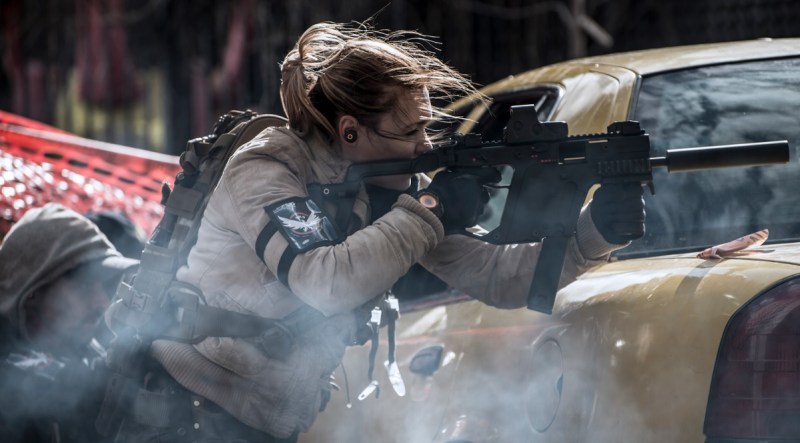 Above: An agent in the Ubisoft episode of Agent Origins for Ubisoft’s The Division.

Each episode will come out simultaneously today, and you can watch them in any order. But Ubisoft’s video has a climactic battle where all four agents come together. The agents are not actually characters in the game as they involve different people. But you’ll get the idea of what an agent’s life is like.

As for the marketing strategy, Hamilton said, “We get an advantage of having their built-in audiences and their unique way so looking at things. It doesn’t come across as a piece of marketing material. It is a fan-based approach. We could have made a long-form trailer ourselves, and we will. But these bring a viewpoint and a special spark that goes beyond what we could do.”

In addition to Agent Origins, Ubisoft has created a novel-like book that serves as a survivalist field guide for The Division.

Regarding the Corridor Digital video, Pueringer said, “This was the first time we ever had to work with a real flamethrower.” 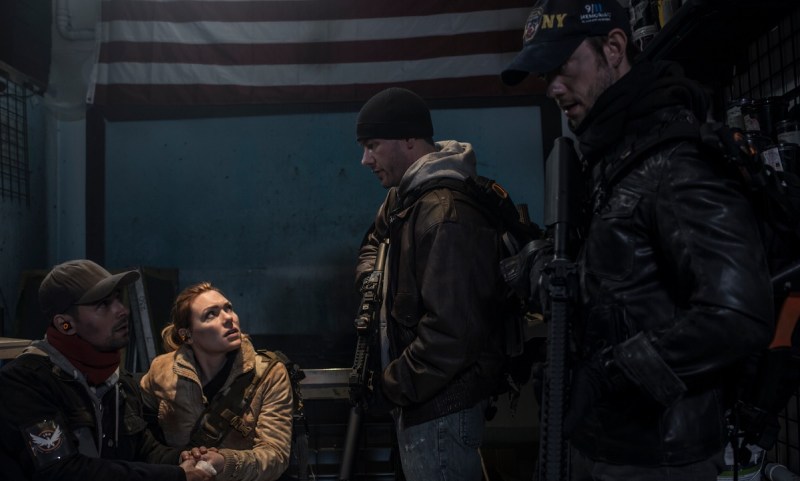 Above: Scene from live-action film for The Division.