These latest estimates come from App Annie’s retrospective report for 2015. As always, the firm had a lot of fascinating numbers to share, but the big ones were all centered on comparing and contrasting the two biggest app stores on a global scale.

When it comes to app store downloads, Google Play is king. Furthermore, the gap is widening between first and second place: 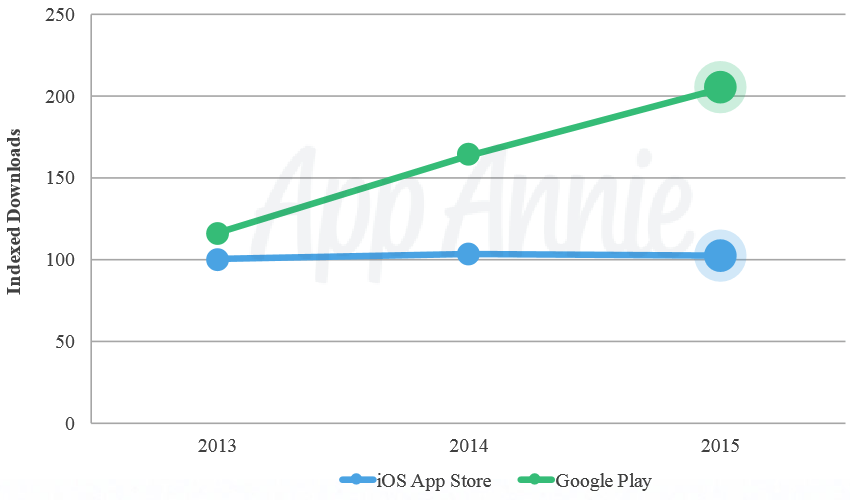 Last year when it came to monetization, Apple’s App Store made over 70 percent more in revenue than Google Play. The corresponding figure was missing in the 2015 report, so we had to ask. The number grew to 75 percent. In terms of revenue, the iOS-Android gap is also widening.

Once again we have proof that Google Play is bigger than Apple’s App Store. And once again we’re learning that iOS developers, and thus Apple with its cut, tend to make more than Android developers and Google. 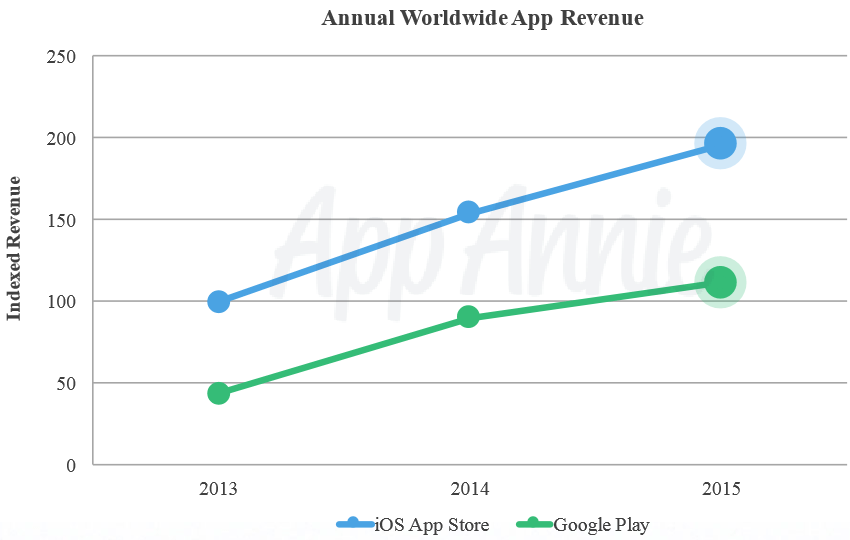 Let’s put it another way. iOS may have less market share than Android, but its users tend to spend more money. Mobile developers know this and use it to their advantage.

A few more interesting tidbits from the 2015 report:

What about the Windows Phone Store and the Windows Store? App Annie’s report didn’t mention “Windows” once.