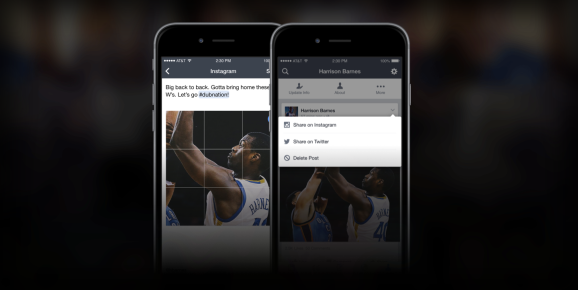 Facebook has released several updates to its Mentions iOS app designed to make celebrities and public figures more comfortable using it. The company has added support for landscape videos, better filtering, and the ability to reply to messages.

Launched in July 2014, Facebook Mentions lets public figures manage their online presence on the social network while communicating with their followers. Its debut heralded the arrival of Facebook’s livestreaming service. It quickly garnered lots of attention from thousands of celebrities and public figures. Over time, the company opened up Mentions to more people, including journalists and other verified profiles, before eventually to select nonverified U.S. users.

Until now, livestreaming could only be done by holding your phone in portrait mode. However, today’s release allows you to record in landscape mode — but there’s a catch: The video will still be displayed using a square aspect ratio. The company said that it “wanted to give you the option to make broadcasting as easy as possible.” After you’re done with your livestream, the feature will now save footage to your phone’s Camera Roll and offer you the option to upload a high-quality version to a Facebook post.

But Facebook Mentions isn’t just about letting celebrities livestream — it’s about managing their presence on the social network. Other capabilities include being able to see who’s mentioning you and engaging with your fanbase. Today Facebook has added filtering, which lets you parse your feed to segment out the posts you’re interested in by source and topic. What this means is you’ll be able to show only those mentions of you from a media outlet or from particular friends. 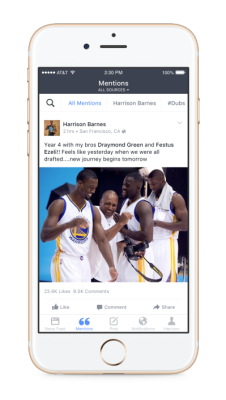 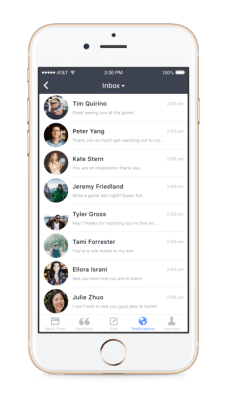 Those who are using Mentions to manage their Page or profile can now reply to messages right from the app. Before, you’d have to go into the core Facebook app just to reply. Now it’s a bit more streamlined — just go to the Notifications tab in Mentions and tap on the messaging icon.

These feature updates are only available for the Facebook Mentions iOS app. The Android version will likely be updated in the future.