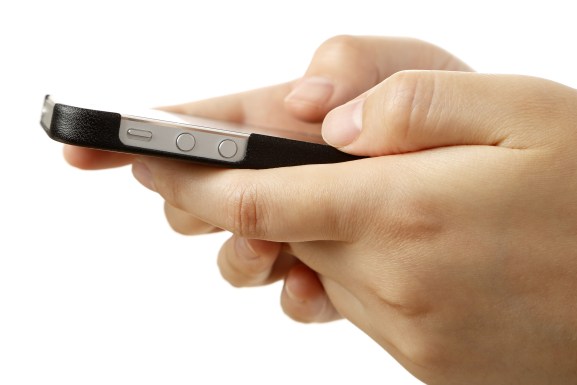 Get ready for customer service via text-messaging. Google is apparently working on an interactive and automated chat app and Facebook announced its Messenger-based customer service initiative last year. Then, just this week, Facebook-owned WhatsApp announced that it was dropping its subscription fee and would instead monetize by letting companies use the messaging service to interact with customers. So while messaging platforms are primarily used today for friend-to-friend communications, we can expect to see that change quickly.

So what do companies need to know and what do they need to do to attract and engage customers in this quickly emerging digital dimension? Here are five things to consider:

Talk is on the decline

Traditional voice calls as a primary contact for customer support are on the decline. According to a Dimension Data report last year, customer support organizations anticipate a 35 percent drop in voice interactions over the next two years. But customer service inquiries across mobile apps, mobile chat, and social networks will increase more than 20% over the next year, according to Salesforce.com’s State of Service report. My call center company, Aspect Software, recently conducted research on this front and found that if all company contact methods were equal in terms of privacy and ease of use, the use of text-based interaction to solve issues would increase over traditional voice calls by 367 percent. For brands, this means listening to customers and engaging them where they want to be engaged. Don’t make them call you if they’d rather text.

(Note: Our research is based on a survey of 1,019 Americans 18-65 years of age, with a 25% over-sample of Millennials. It was conducted in October and has a confidence interval of +/- 3.1. Survey takers were contacted by email or text and were individuals who had signed up through various research services to participate in surveys they qualified for.)

Self-service will be the new designer experience

Driving this move away from voice interaction is the desire for consumers to engage companies the way they engage their friends. Our survey found that over 70 percent of consumers want the ability to solve most issues by themselves, mainly due to the anytime-anywhere capability self-directed problem solving provides. We all regularly use text, chat, Facebook, and Twitter to communicate with each other, and consumers are starting to demand those same digital channels be available for customer support interactions. Text-driven, self-driven interaction on digital channels are where Google and Facebook are heading, because that is where global consumers already are.

In our survey, three fourths of those polled said that current self-service options prevent them from talking to a representative. Companies need to design these solutions from the consumer’s not the company’s perspective.

Messaging is where the money is

Facebook’s purchase of messaging app WhatsApp for $18 billion was eye opening, but then again, HSBC estimated the valuation of China’s WeChat app at over $80 billion. Add in Messenger, Kik, and Snapchat and the total messaging app market evaluation is around half a trillion dollars. But the real value lies in the billions of messaging app users. Six or seven years ago, brands started flocking to social media because that was where consumer conversations where occurring. Today’s customer service has failed to evolve with the times, so Google and Facebook see brand engagement and customer support on messaging platforms following the same path as social.

Organizations looking into messaging-based engagement should remember how brands followed consumers into social. Test the waters and expand interaction as customer interest increases.

Customer service largely remains a “press 1 for this, press 2 for that” experience, forcing customers to interact in ways they find unnatural, mechanized, and frustrating. Not only does this experience fail to solve a customer’s issues, it weakens their connection to the brand. Our research supports a consumer appetite for non-voice interaction: 38% of those polled like the idea of customer service done through texting and messaging.

Companies, skittish from the consumer backlash of impersonal and imperfect phone tree self-service need to know that newer, smarter, and more intuitive text-based solutions are entering into the market that avoid the voice menu mazes of the past.

Consumers know that, notwithstanding their growing preference for text over talk, there are clearly times they just want to engage a live person — and do so without a lot of effort. Our research found that if consumers start a brand interaction with a text or a message, 75% would still want the ability to talk to a live person when needed. No engagement option should be designed or deployed in isolation.

We aren’t far from when a basic text message becomes the simple and central entry point to the entire customer service universe. Text, social, and mobile offer the ability to deliver intelligent, automated, interactive text conversations that transform today’s frustrating voice-only phone trees into the ultimate in self-service experiences. These channels hold the potential to better connect companies and their customers in the frictionless way Facebook and Google envision, opening the door to potential first mover advantage for those brands ready to opt-in.