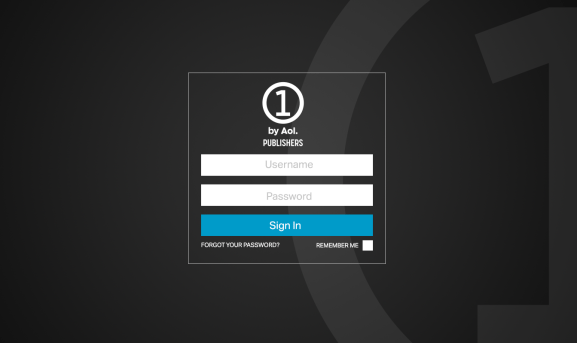 AOL has developed an offering that gives publishers a way to monetize their work without having to use tools from multiple companies. Called One by AOL: Publishers, it consolidates the company’s portfolio of services into a single package that provides audience engagement, analytics, content distribution, and revenue management all in one place.

One by AOL bears the name of a product suite featuring tools for advertisers that AOL launched in 2015. The differences are the target audience (this latest offering is aimed at the people who supply ad placements) and the specific products included. AOL wants to show Moviefone, MapQuest, Build, Makers, and the 75,000-plus publishers on its network that it has solutions not only for advertisers, which most platforms are geared toward, but specifically for the publisher community.

AOL president of publisher platform Tim Mahlman elaborated: “In 2015, when working with AOL, brands had to sign seven different agreements, buy products from seven companies…we’re looking for a more consolidated story. There’s one pricing model now. When we walk into the publisher, they have one Master Service Agreement (MSA) to sign and one price that they can basically buy if they want to use all the assets.”

Over the past six years, the company said it has spent more than $1 billion on technology aimed at establishing AOL as a major player for publisher needs. This new One by AOL offering features seven of the company’s products: its display ad platform,Marketplace; an ad-serving provider, AdTech; video syndication business, AOL On; video monetization solution, One Video; interest graph product, Gravity; another video syndication startup, Vidible; and another monetization platform, Millennial Media.

This complete package may seem like a lot for the average publisher, but this wholesale approach means lower overall costs for site owners, who would otherwise pay quite a bit more for individual services. In addition to the seven products included in One by AOL, the company also offers supplemental a la carte options.

One piece that’s missing from this publisher suite is a way to deal with native advertising. AOL hasn’t included such a product, but may do so in the future. That issue has been temporarily resolved for now, however, thanks to the company’s recent strategic partnership with Taboola,

Just as with One by AOL: Advertisers, the publisher version of AOL One is built around the idea of a “more open” platform. Mahlman told VentureBeat that it’s all about avoiding a “technology tax”: “Publishers need a solution to help them with display technology, video inventory, mobile app inventory, etc. Each one of [these needs] means that publishers have to talk to 3 to 5 companies to find a solution to solve the problem. They’re taxed for using each technology, and each one comes with a different price tag.”

“Since AOL owns those assets, we’re coming at it with one solution and our bundle is more lucrative to publishers,” Mahlman continued. “We provide a more compelling pricing option instead of cutting different deals. It’s interesting to publishers because they want to secure and grow inventory, but also have to meet expectations on delivering the bottom line. By making it more cost-effective to them is music to their ears.”

More developments are expected not only this year but also in 2017, and include the possibility of opening up a partner API which grants vetted developers access to One. Mahlman confirmed that additional innovations will be made, but wasn’t more forthcoming, except to say that the company was “looking at things at a more open platform, not a walled garden, while also giving publishers the flexibility of plugging in third-party applications and giving them a bespoke way of leveraging publisher-side technology.”

To further boost the capability of One, AOL announced that it has acquired programmatic ad platform AlephD. The terms of the deal were not disclosed, but while AlephD will remain as a standalone brand for now, its technology is being rolled up into One by AOL: Publishers.

With AlephD’s inclusion in One, publishers will be able to calculate the best price for each impression they receive in real time, find an optimal price for new and ongoing deals, monitor and analyze ad auctions, and more. The company touts it as an alternative for publishers: “an open partner that can intelligently and algorithmically help publishers determine the right price at the right time for every single impression, across all formats, screens, and inventory types.”

One by AOL: Publishers is now available globally.