I know this is a review and everything, but I really have no idea if I liked The Witness. Hopefully, I’ll figure that part out by the time I get to the end and have to assign my almighty score.

The Witness is a first-person puzzle game for PlayStation 4 and PC (I played the PS4 version) where you wander around an island and solve a bunch of mazes. It starts off simple, and then it quickly gets not-so-simple. I spent a lot of time with it. I solved hundreds of mazes. I beat the game … I think. I don’t know how much fun I actually had, though.

Designer Jonathan Blow’s previous game, the 2D platformer Braid, could occasionally feel a little pretentious. This follow-up from his Thekla Inc. studio is even more pompous. Which is fine! Honestly, so many games we play are, as much as we love them, dumb. It’s nice to play something that’s smart, even if it’s not as clever as the designer thinks it is. I just wish it didn’t make me want scoop my brain out of my head and gently massage it. 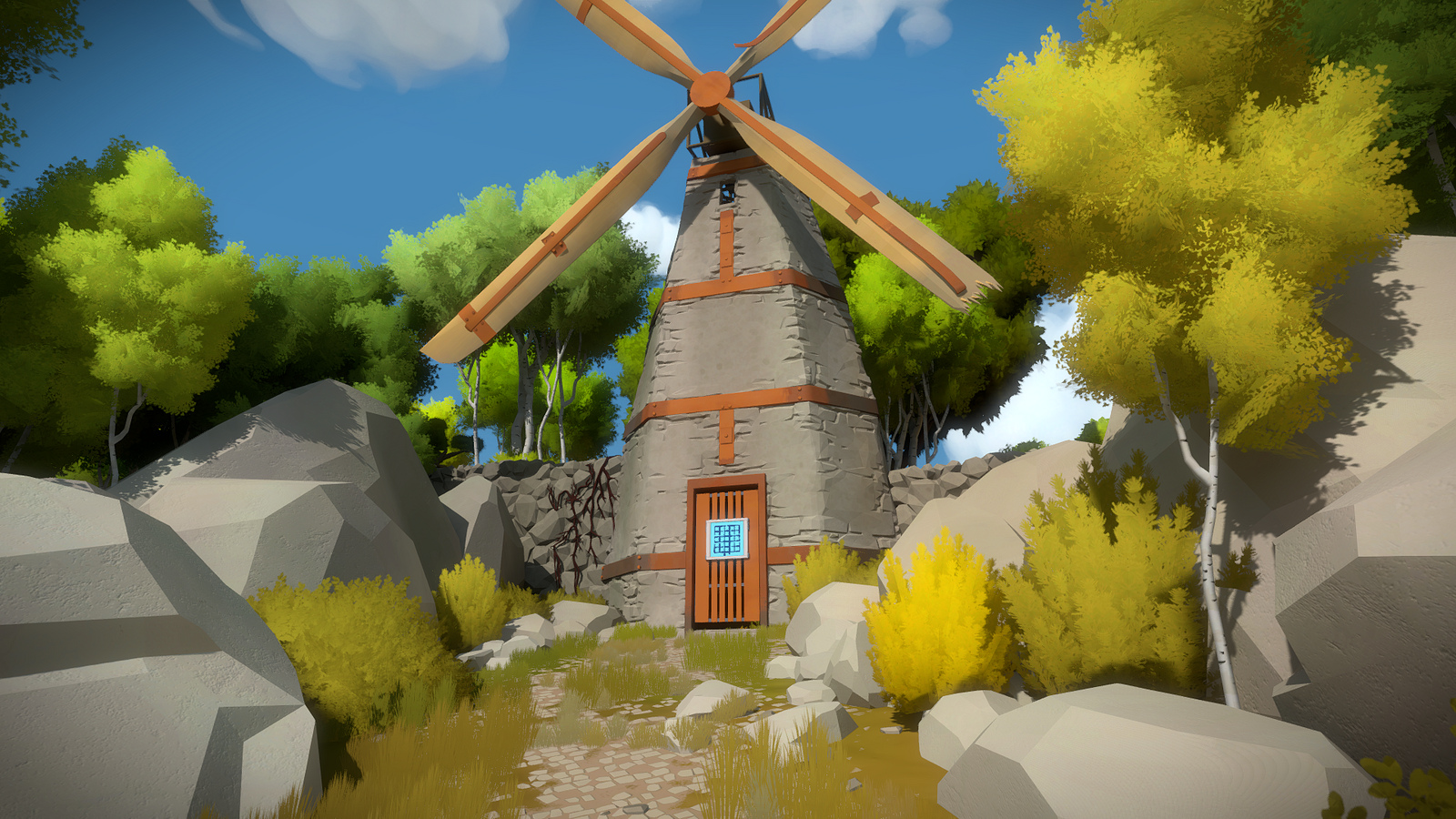 Above: The Witness has a beautiful world that may play into solving some of the line puzzles.

It sure has a lot of puzzles

Ultimately, The Witness is about solving mazes. Remember those that you used to play on the back of your Trix box? It’s like that. You start from one spot and have to get to the end. The mazes start off easy in The Witness. At first, you just have to follow a straight line. They soon become more complex, not just with more turns and paths, but with new rules. For instance, you’ll have to collect every dot scattered through a maze or you’ll have to create a specific shape with your maze path.

The game teaches you most of this through nothing but a series of puzzles that slowly grow more challenging. And specific areas ease players into new mechanics. Soon, the puzzles become demanding.

And The Witness has a lot of puzzles. It takes place on an island, much of which you can explore from the beginning. And every place you turn, you’ll find more puzzles. This is a big game. It could take you dozens of hours to find every maze, let alone solve them all. 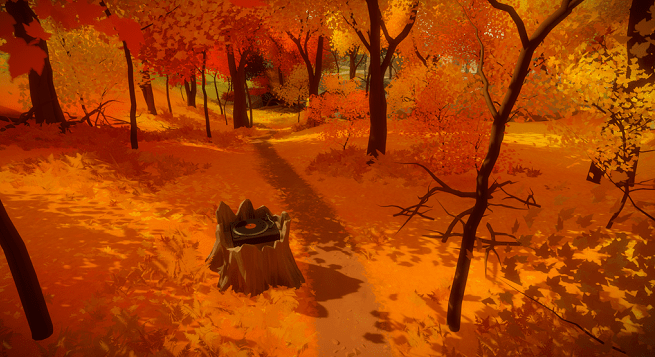 Above: Because why wouldn’t a record player be inside a tree trunk?

The best parts of The Witness happen when you’re exploring the island. The game’s world is vibrant and colorful, with each section of the island having a unique identity. It’s also full of secrets. I don’t want to give anything away, but with just a little extra observation you’ll discover puzzles in unexpected places. Once you realize this, it encourages you to rediscover and re-explore old areas.

It will make you mad

The Witness can get hard. When exploring, you  might discover a puzzle that uses special conditions that you really need to learn on the other side of the island. Still, even when you know all the rules, puzzle can become incredibly complex and tedious. Some of them took me around two hours to solve. Once I did, I didn’t really have an “ah ha!” moment. I just felt relief that I could stop hurting my brain and move on with my life. 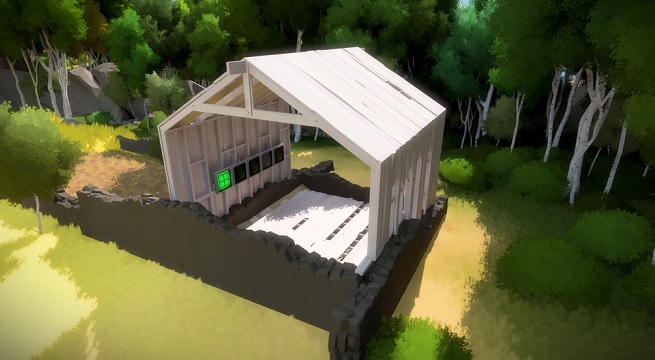 Above: These puzzles are intentionally easily and teach you new mechanics.

That’s kind of the crux of my struggle with game. I don’t know how much fun I actually had. In Braid, the base mechanic of jumping around and rewinding time was fun. Solving mazes itself isn’t really all that pleasurable. It gets interesting when environmental clues and tricks to make puzzles more complex, but it can just as often become frustrating if you’re not on the same brain wavelength as the game.

By the end, I actually became angry every time I saw a new puzzle. I just wanted it to end. And unlike other first-person puzzle games like Portal, you don’t have a story to encourage you to move forward.

If it’s about something, I couldn’t tell you what it was

At first, I spent a lot of time wondering about the story of The Witness. What is this island? Who lived here? What happened? I didn’t discover answers to any of these questions. At first, I thought The Witness might be like Myst, a classic first-person puzzle game that also took place on an island. But unlike Myst, The Witness has no real plot. 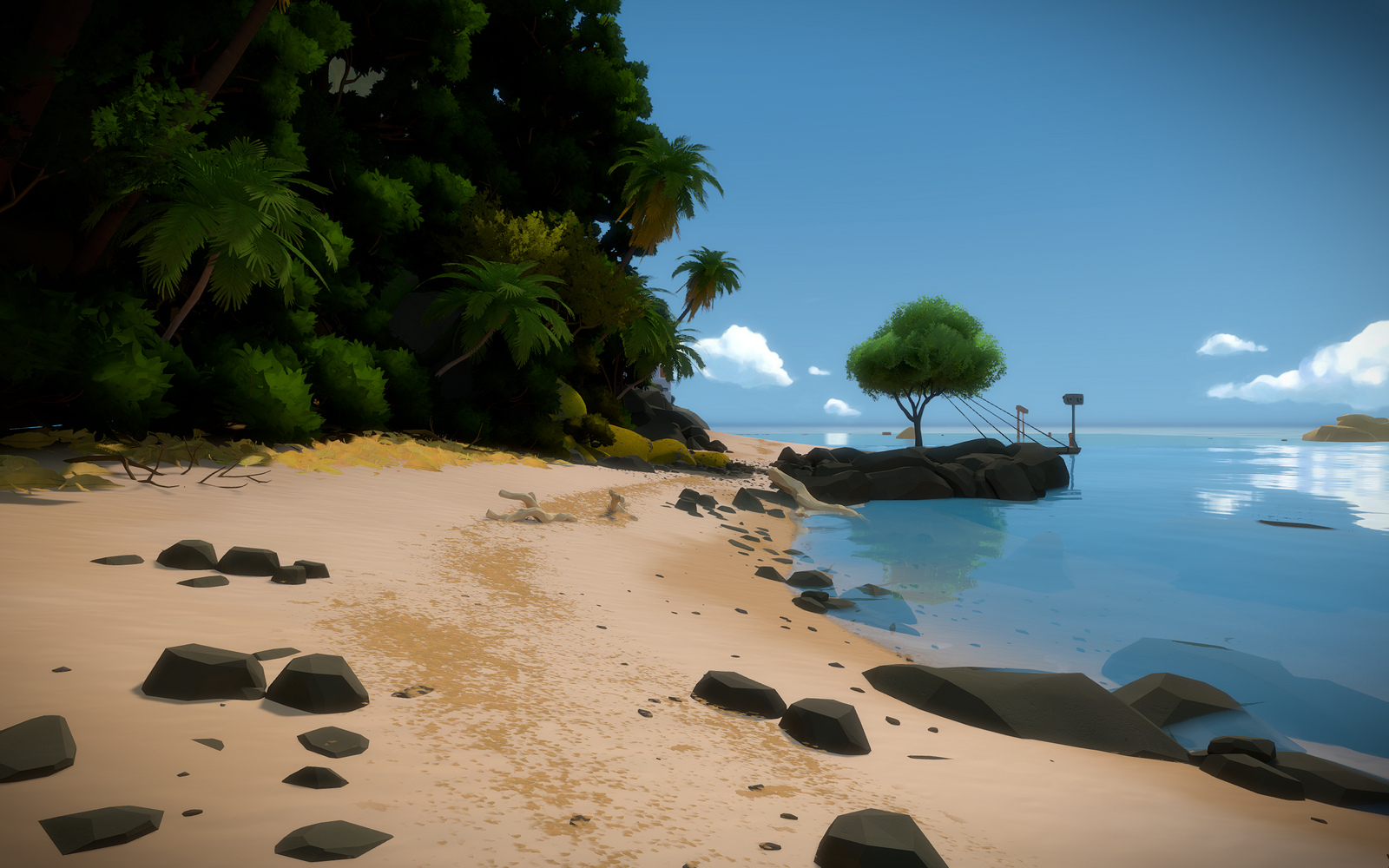 I’m sure The Witness is about something, but it would probably take a college philosophy class a week to sort it all out. I’m sure that’s the goal, that The Witness is vague and abstract enough that it could mean different things to different to people. Honestly, I don’t know if it meant anything to me beyond being a collection of mazes. The Witness doesn’t need a narrator or heroic journey plot structure, but I do wish it had a little more cohesion.

I admire a lot about The Witness. It is a beautiful game. It is a clever game. It is a big game. But all of its elements, mazes, exploration, and philosophy don’t come together to express a greater theme. Unless it was trying to get me to question why I hurt my brain to solve a series of difficult mazes for no real award.

Is that what The Witness is about? Making us question why we do hard things? Games don’t have to be fun. They can have more value than that. And I’m not saying The Witness can’t be fun, but it’s just as often frustrating.

The Witness is out on January 26 for PlayStation 4 and PC. The publisher provided GamesBeat with a copy of the PS4 version for the purposes this review.