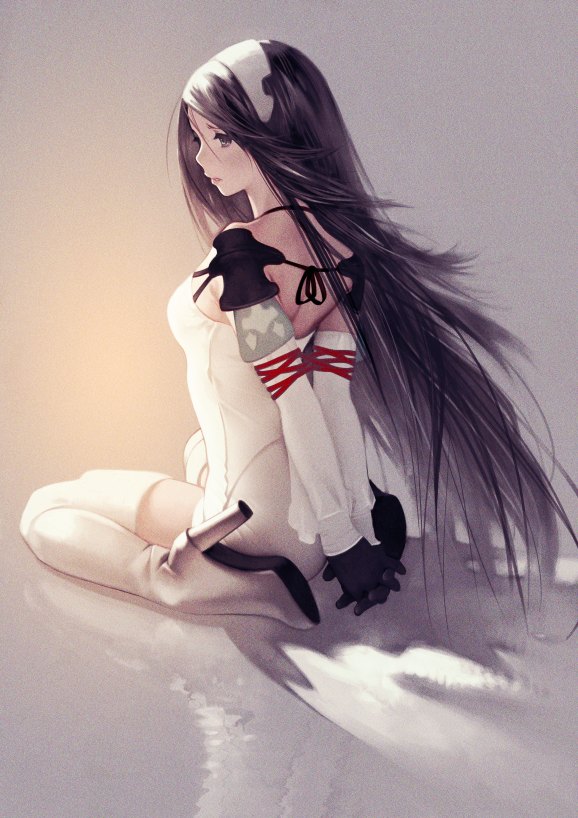 Bravely Second: End Layer is off to the Moon.

The sequel to Bravely Default — the million copy-selling, smash-hit 3DS Japanese role-playing game from Square Enix — will be finally hitting the States on April 15, almost exactly a year after its release in Japan. Bravely Default was one of the best JRPGs releases in years, taking not only an innovative approach to turn-based battle systems but also creating a rich and deep adventure as well.

Bravely Second takes place a few “exact amount unspecified” years after the events of the first game. Agnes, Vestal of the Wind, was just about to sign a peace treaty with Eternia when she gets captured. The protagonist this time, Yew, a member of her guard. She joins forces with Tiz and Edea from the first game to try to rescue Agnes. Rounding out your party is the newly introduced Magnolia, from the Moon.

Magnolia’s role in the events is unclear, but it seems to be that she’s here from the Moon to hunt the Ba’ls, a new creature introduced in Second. She also randomly will speak in French … because that’s apparently what language they use on the Moon.

The main characters aren’t the only ones returning. Some of the job asterisk holders — the characters you need to fight to obtain new jobs — are also back, including the Red Mage Fiore DeRosa. At least from what I played, he’s reformed his lecherous ways and is trying to find a way to create sustainable “somnial” energy (aka solar) so the world need not rely on the powers of the crystals. This time around, the player has to pick between one of two jobs to receive in each quest … meaning that it’s possible that some jobs might be unobtainable, and it would be weird if you actually got locked out of classes and couldn’t get them somehow down the road. 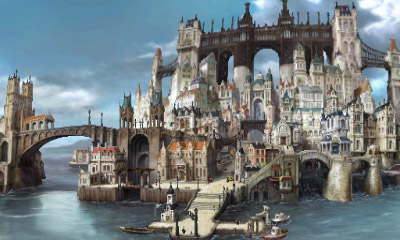 Above: Yup. Just look at that. The towns and locations are beautifully illustrated, just like the first game.

Bravely Default’s job system was one of its strong points, and Bravely Second will have 30 jobs, with 18 returning classes and 12 new. You can also save multiple job/weapons sets up as favorites, making managing and switching load-outs much easier.

Wizard is one of new classes, which lets you take spells and craft them with different abilities. You can cast spells as a needle (hits all identical targets), a hammer (hits for physical damage), or a mist (which casts the spell over several turns).

Some other new classes include:

Oh, and there’s also a Catmancer. Yup. You read that right. A catmancer. It’s similar to the vampire class from Bravely Default, except you train cats to use different abilities and learn moves from the enemies you battle. Cats are everywhere these days. (And that’s coming from a cat lover, just so you know). 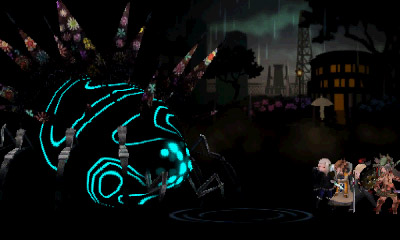 Above: The Ba’al design is really cool…if you don’t mind a bunch of ball jokes.

Bravely Second also has a new feature that should help with the age-old RPG problem of grinding. When you finish a battle, it gives you the option to fight another chain of monsters, with a higher reward bonus. If you keep going, the reward bonuses keep increasing. But if you die, your game is over, and you lose everything. It’s risk-vs.-reward, but it doesn’t apply to boss fights.

However, your stats and damage from the first fight carry over; you aren’t starting fresh each time. Given that one of the issues with the first game was you could just use all your Brave Points easily and spam through random encounters, this is a smart and interesting way to help make leveling easier, and it also makes even fights against low-level monsters feel important.

Bravely Second also introduces Chompcraft, which Nintendo wasn’t talking about at the event. Yet I managed to discover it (OK, so it was right on the main menu. ..) I’m not quite sure what it did or how to use it, but it looked like a minigame where you could use your different party characters to cook and prepare food.

The Ba’als are also new, and they are creatures that are somehow connected with the story. Second wasn’t afraid to get as many Ba’al jokes in as possible (Magnolia refers to herself as a Ba’al buster, you meet up with a Ba’al-ologist, and so on). The first Bravely Default was very well written, and the characters deeply developed, and I’m all for inappropriate jokes, but I hope that the script doesn’t fill up with these.

I only had a small amount of time with Bravely Second, and it’s hard to judge how a 40 hour-plus adventure will turn out from one session. I’m excited for the game’s April release, but I’m a bit cautious. The first game is revolutionary, but it’s also repetitive. Nintendo is saying that Bravely Second will be potentially even longer than Default, and I’m curious how it will handle that length, and what else new it has in store to keep it from being more of the same.

Oh, and the pirate class better be coming back.

But given how good Bravely Default is, a sequel that is just more of the same wouldn’t necessarily be a bad thing. I just hope Bravely Second: End Layer is more than just a sequel, that it goes beyond being an extension of Bravely Default and pushes the game and genre even further forward.

At least to the Moon, I guess.