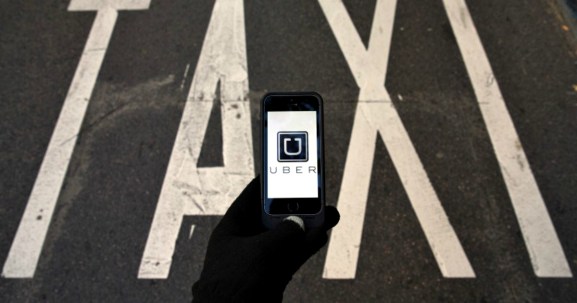 The pilot program, which is currently limited to Houston, Texas, uses the built-in technology within smartphones, such as the accelerometer and GPS, to determine things like how fast a driver is moving and how often they start and stop. The gyrometer can also be used to establish whether a phone is being moved a lot during rides, which may suggest that the driver’s attention isn’t focused on the roads. If so, the driver may be offered a mount to cradle the phone.

That Uber is able to track drivers’ movement data passively and proactively may raise some eyebrows, but the company insists its reasons are legitimate. And when drivers sign up with Uber, they agree to give Uber access to such data.

At the more immediate level, Uber said it wants to use this data to help verify feedback left by drivers and riders. So if a rider, for example, leaves negative feedback for a driver because they drove too quickly, or hit the brakes too hard and too frequently, Uber can check to see whether that was the case. If the data proves otherwise, the driver’s feedback record won’t be impacted. However, Uber can also use the data to check drivers’ average speeds and ask them to slow things down, if needed.

A byproduct of tracking such movements is that Uber will gather a ton of potentially useful data. Last year, the company revealed it was teaming up with city planners to help manage urban growth and relieve traffic congestion by providing data about its trips, including typical date and times of travel, zip codes, distances traversed, and more. With access to drivers’ phone sensors, Uber is tapping a mobile sensor network similar to that used by the likes of OpenSignal, a company that crowdsources data such as mobile network coverage and weather conditions using nothing more than a mobile app and millions of smartphones.

Uber’s intentions may be noble, but the company has courted controversy in the past around its ability to track the movements of anybody. Indeed, Uber hit the headlines back in 2014 when news emerged that its employees sometimes used a so-called “God View” to track riders’ locations. This led to a $20,000 fine and an order to adopt more stringent security practices.

For now, Uber said the pilot program will only be applied reactively to help settle disputes between riders and drivers. But moving forward, it plans to use the data proactively to check up on drivers, too. “Road safety is a critically important issue,” said Joe Sullivan, chief security officer at Uber. “It’s why Uber is always on the lookout for new ways — from the simple to the sophisticated — to do better.”