Atari is making some history today as it launches its Pridefest mobile game, the first major title for the lesbian, gay, bisexual, transgender, and queer (LGBTQ) community.

The game debuting on iOS and Android lets players express themselves by creating their own parades that celebrate LGBTQ life. Buildings in a city start out gray, but they become more colorful as your parade passes by. You can create vehicles and buildings and develop a character in a bid to bring the city to life.

The aim is to bring colorful imagery and inclusive spirit of real-world Pride parades to mobile gamers, connecting LGBTQ community members and their allies, Atari said. 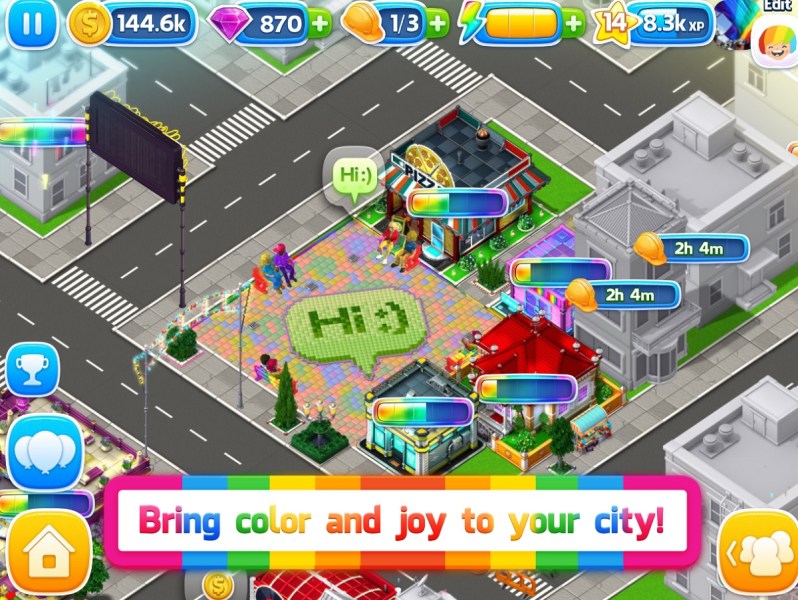 Above: Pridefest requires you to restore color to the city.

Pridefest is an original social-sim game inspired by the LGBTQ community. The free-to-play title was previewed at the NYC Pride and Flame Con where members of the LGBTQ community and allies received an exclusive sneak peek of the game.

“Pride is only one small portion of the diverse LGBTQ culture and community, but it is one centered on freedom of expression, the pursuit of equality, and shared celebration. Pridefest was designed to celebrate progress the LGBTQ community has made toward equality while working to emulate the spirited and celebratory atmosphere of today’s real-world parades,” said Fred Chesnais, chief executive officer of Atari, in a statement. “It was that spirited atmosphere that especially drew us to the idea of Pride as an overarching theme and parades as the core gameplay mechanic.”

The player serves as the new mayor of a city that has seemingly lost its fun and color overnight. Pridefest players are tasked with bringing the city back to its former glory. The mayor must transform buildings from dull to bright by spreading joy throughout the city, acting as the Grand Marshal and restoring pride throughout the city, neighborhood by neighborhood. 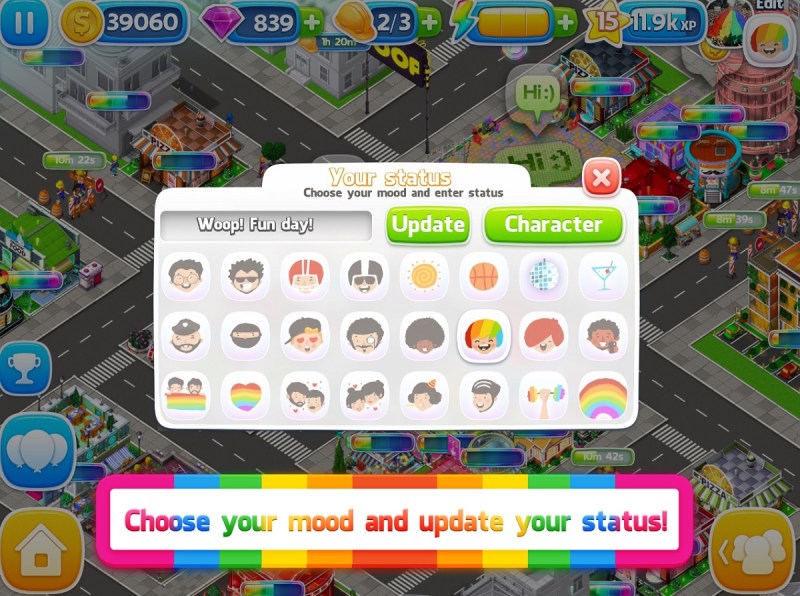 Above: Pridefest offers many ways to customize your parade and community.

Players can showcase their personality by customizing avatars, shops and storefronts, and pride flotillas while following an engaging storyline through more than 40 quests to unlock new content.

“As Atari’s first game developed in support of LGBTQ equality, Pridefest works to bridge the gap between this underserved community and the gaming industry,” said Chesnais. “While creating a fun, inclusive game members of the community and allies can enjoy was an important goal, we hope that Pridefest also serves as a platform for members of the LGBTQ community to connect in a safe, supportive atmosphere.”

Pridefest has a lot of social features designed to encourage players to connect on a global scale. It has one-to-one chat functionality, options to visit and run Pride parades in far-off cities created by other Pridefest players, as well as a “club” system that allows the formation of in-game groups. The various social features can be turned on or off, based on the player’s own preferences.