Gambitious was founded in 2012 as a platform for game investing that could tap sources of money that could go beyond what was possible with ordinary crowdfunding. But as the legal rules for crowdfunding remained foggy for several years in the U.S., the company stayed on the safe side of investing, funding games with small groups of richer investors.

But now that the regulations related to the U.S. Jobs Act Title III — which set up new ways to raise money from the public such as equity crowdfunding — are finally taking shape, Gambitious is coming out again in a more public way. It has already published six indie games. It is announcing that it has three more games coming in the near future. And so it wants to show that investing in games isn’t necessarily as dead as some people might think, given the chilly climate among venture capitalists and the public markets. In fact, from Gambitious’ perspective, it is just getting going.

“We went quiet a few years ago,” said Mike Wilson, cofounder of Gambitious, in an interview with GamesBeat. “We started publishing games doing small raises among 25 or 30 investors who were friends and family. They were interested in games. That model worked well. We pulled back from anything that was public facing.”

He added, “We are sticking up our heads again. There’s all this noise around the Jobs Act. We feel good about our model, as it’s working. There is some controversy around equity crowdfunding still. We are trying to be really careful about this crowd finance opportunity.” 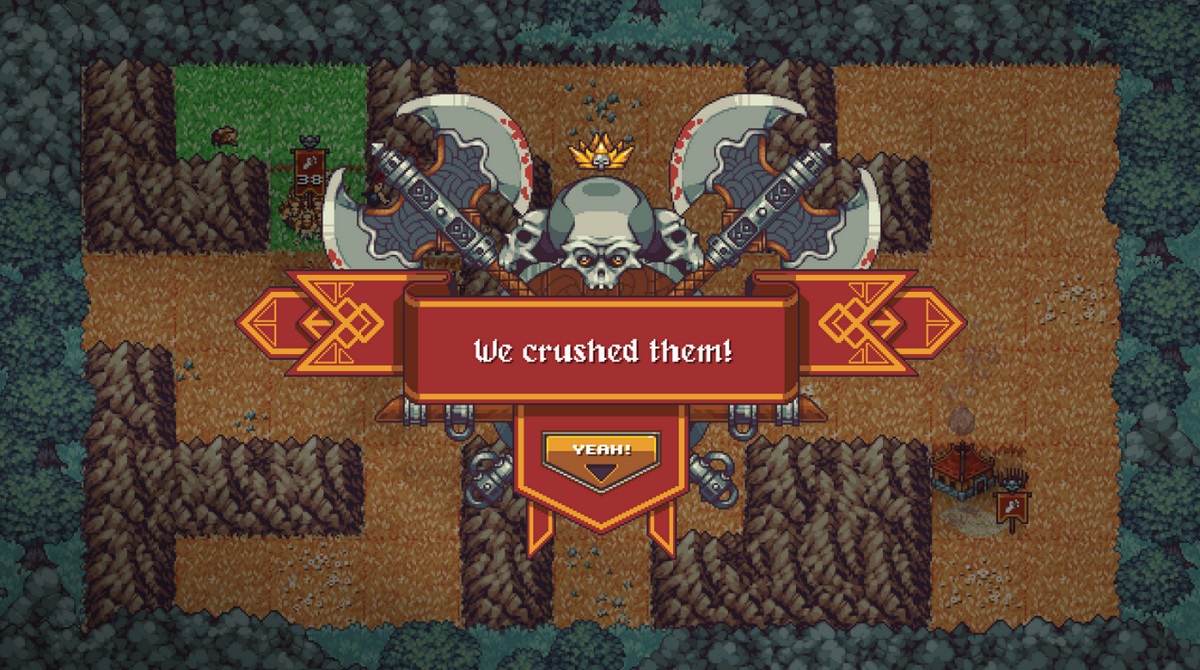 Above: Crush Your Enemies

Wilson said that Gambitious has funded six games in the past three years, and all of them shipped in the past year or so. They were relatively obscure games, but four earned a profit quickly, and the remaining two should earn a profit after about a year after launch. Now three more are coming out at the PAX South event: Crush Your Enemies by Vile Monarch, Hard Reset Redux by Flying Wild Hog, and Zombie Night Terror by No Clip.

“We’d like to point out there is a more conservative approach for people who invest in games, but it’s a little more careful,” Wilson said. “Hard West, which we shipped in November, is an example of an original intellectual property that is completely worthy of attention. We hope to maintain that level of quality.”

Gambitious has merged ideas from both financing and publishing. It raised money from rich people, which is more like a traditional way to fund games. It had to do that as it waited for the regulations to be put in place.

“There’s very good reason for this to have taken so much time,” Wilson said. “You don’t want snake oil salesmen pitching this to the man on the street. We don’t want crowdfunding to leave a bad taste. We get pitches all the time from companies that raised money on Kickstarter and didn’t have nearly enough to finish. That really upsets us because they’ve promised all the people they would get a copy of the game. I understand why people do it. But it’s borderline fraudulent. We watched all these things happen and we are trying to be the antithesis of that.”

In the meantime, crowdfunding has gone from excitement to disappointment on platforms such as Kickstarter. Kickstarter has seen ups and downs when it comes to funding successes or failures, and fans have been burned as developers run out of money and fail to deliver on their promises. Once everyday investors are allowed to invest in projects in return for ownership — as the Jobs Act will allow — the risks will be higher.

You could say that Wilson learned to be careful the hard way. Wilson and his comrade Harry Miller have a long history in games. I met Wilson in the 1990s while he was the lone “biz guy” at id Software, the creator of Doom and Quake. He went on to cofound Ion Storm, Gathering of Developers, and Gamecock Media Group. All of those companies celebrated the artistry of the independent developer, and they all pointed the finger at the men in suits in the big corporations that ran the traditional video game industry. But the startups didn’t really end well, even if some of their properties lived on at other companies.

Wilson had better luck cofounding Devolver Digital with Miller and Rick Stults in 2009. The Austin, Texas-based digital publisher of video games published indie titles in the Serious Sam and Hotline Miami series. The latter was a big hit in 2012, but Wilson said that Devolver Digital was proceeding on a smaller scale, funding each new game with the proceeds of the previous one. 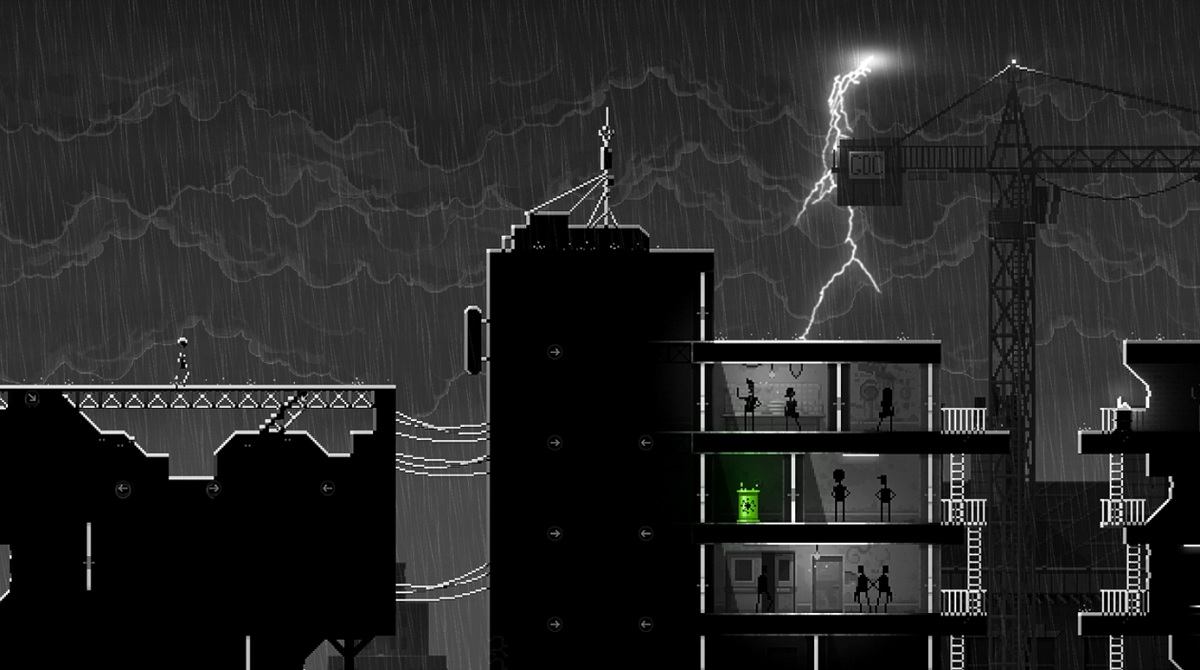 Wilson also began making films via Devolver Digital Films. In between all of that, Wilson, Miller, Paul Hanraets, and Andy Payne set up Gambitious with offices at Amsterdam and Austin. They chose that country because there were more liberal rules for crowdfunding startups in the Netherlands.

“We’d like to build a Devolver that can scale, as that one is self-limiting based on how it invests,” Wilson said. “People may look at Gambitious as another small publisher. When we sign a game, the developers don’t care where the money comes from. We guarantee the funding. Behind the scenes, we invite in new investors every time to get a piece.”

Devolver Digital’s owners have ownership in Gambitious, but Wilson said the team is now setting up Gambitious to be more independent and ambitious than Devolver. Gambitious’ owners invest alongside any outside investors, and they accept the same terms. That keeps the fundings and valuations of each project more realistic, Wilson said. Gambitious is also only accepting accredited investors from the U.S. — those that meet net worth requirements — and qualified investors from Europe.

In the U.S., the creation of new regulations inspired the creation of Fig, a new crowdfunding site built specifically for games. The former chief operating officer of developer Double Fine Productions, Justin Bailey, partnered with some big names and studios who previously had success on Kickstarter, including Tim Schafer (The Broken Age), Brian Fargo of InXile (Wasteland 2), and Feargus Urquhart of Obsidian (Pillars of Eternity). Each has pledged to launch campaigns for new games on Fig, which aims to give ownership to the crowdfunding fans who give it money.

Wilson said that when people put a significant amount of money that is part of their nest egg, “you have to treat that differently.”

“We are proving this out,” he said. “It works out pretty well as long as you don’t predict a hit and keep the bets conservative. It doesn’t mean you can’t do really weird games. That’s what we do. We know what we are doing as publishers, and we never bet on a hit. That’s the key as we walk new investors into this space.” 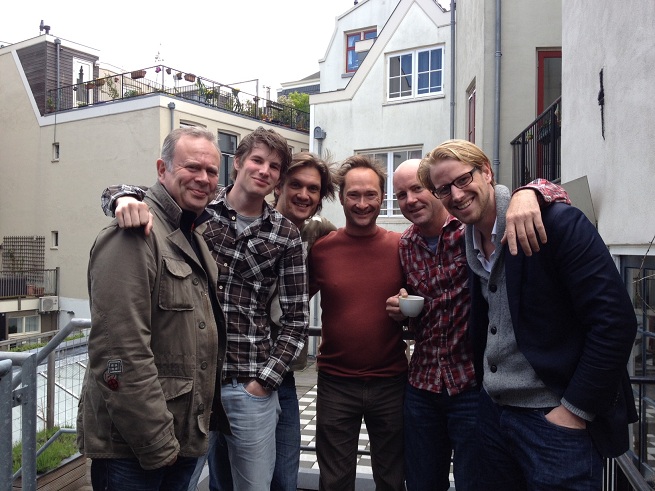 Above: Gambitious’ founders in 2012. Mike Wilson is in the red, and Harry Miller is holding the cup.