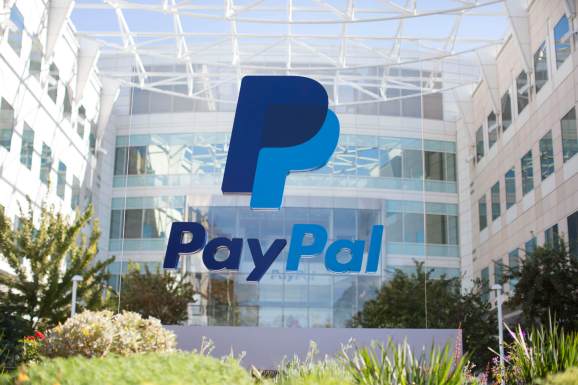 Venmo‘s transformation from popular peer-to-peer payments app to Apple Pay competitor is going to take some time — a long time, actually, if you consider PayPal’s progress so far.

Venmo is an incredibly popular service — PayPal, which owns Venmo, says the app processed $7.5 billion in payments last year — but up until now, it only let you send money directly to friends. Starting today, PayPal says “a small subset of Venmo users” can buy goods with Venmo within two iOS apps: event ticketing service Gametime and meal delivery service Munchery. That’s quite a small rollout. Really small. And it may dampen the hype that surrounded the company’s original “Pay with Venmo” announcement last quarter.

A PayPal spokesperson, however, promises that Venmo is “going to be inviting additional people regularly via email.”

Our goal is to ramp up significantly every month to a large number of users, but I can’t confirm whether it will be open to all users before the general public launch.

If PayPal follows through with its promises, the results could change the mobile payments industry. But as things stand, you probably won’t be paying with Venmo any time soon. 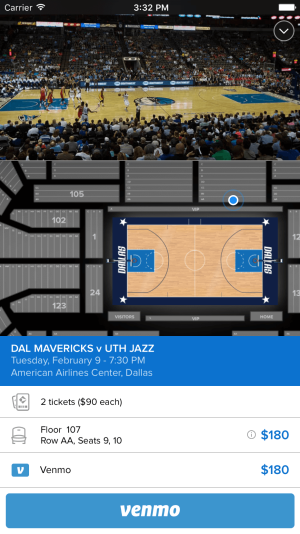 Above: Buying a ticket with Venmo

Venmo users with access to the new payments feature “will either get an e-mail notification (if they opted in on e-mail updates), or they’ll see the “Purchases” section within the left dropdown menu within the Venmo app and they’ll also see a Venmo button as a payment option within the Munchery and Gametime app,” PayPal says.

When asked if Venmo will ever be accepted in-store at physical retailers, wherever PayPal is accepted, the company spokesperson offered the following response:

With this new feature, it definitely opens up the Venmo user base to PayPal’s list of merchants, but for the beta launch, Venmo will be a payment option within mobile apps only.

What we’re interested to see is the breakthrough of social commerce that will happen across the Venmo social network, much different than any other social network that exists today.

That last bit about the a social commerce “breakthrough” happening across Venmo’s social network is particularly interesting, considering the commerce-related features already found in messaging apps like Facebook Messenger, Line, and Snapchat.