Take It To today launched a content management system aimed specifically at creative professionals. You might think of it as having a style similar to Medium, with aesthetics like Tumblr or Pinterest, but there’s more to this than meets the eye. It’s billed as a way to give artists, designers, photographers, models, and others more control over how and with whom their content is shared. Take It To is looking to expose its blogging platform to this audience in a way similar to how Vimeo is viewed.

“We set out to create a platform where content can benefit from the synergy that a social media platform can provide, while at the same time addressing the limitations of the linear feed model that all of the current social platforms have adopted,” Mam said. “On Take It To, users can finally showcase, collect, organize, and share content in unprecedented ways; content remains relevant and doesn’t end up lost and forgotten in the feed.” 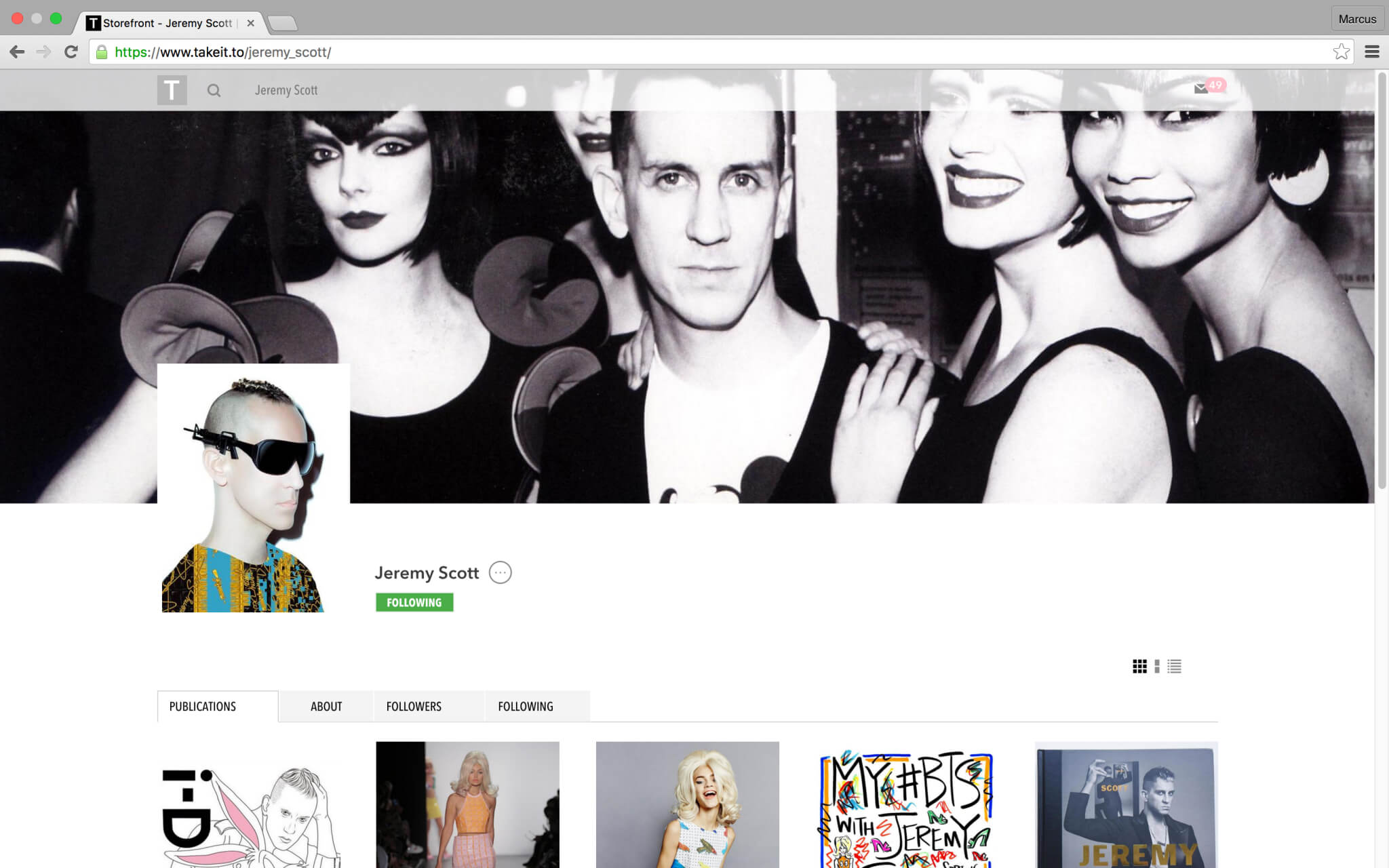 The platform currently only offers one layout, but there’s some flexibility in how it’s implemented. Users can create mini-magazines inside their template and share photos, artwork, drawings, videos, and other creative projects to a select audience. Users can customize their magazines in a variety of ways, including what the cover art looks like, where specific photos appear, and corresponding descriptions.

What the company is trying to do is give creative professionals a more interactive way of showcasing their work. Take It To doesn’t believe that platforms like Squarespace, WordPress, Tumblr, and others adequately provide the support that photographers, videographers, artists, designers, models, and other industry types need.

When creating a magazine, creators have the ability to drop in how many photos and videos that they want, including content pulled from social media. They can also put in descriptions to help you better understand what’s going on in each piece of work. There’s certainly a social component to Take It To, where people can follow each other and even share others’ content. However, unlike with reposts on Instagram, Twitter, Facebook, etc., every comment and favorite is tagged back to the original author, not the person who shared the work.

Mam told VentureBeat that users can upload files of any size to the service, including full-resolution images. However, there will be some compression: “When the images are uploaded to our server, there is post-processing to reduce the file size, change the orientation of the image if it’s not correct, and finally generate smaller versions. After that it’s sent to [Amazon’s] S3 for storage. Only GIF images don’t have post-processing because we observed that it could halter them.”

One downside of Take It To is the lack of a native mobile app at launch. However, Mam explained that his team is developing Android and iOS apps, which will be released around March or April.

Take It To currently is available for free, but the company is looking at possible ways to monetize the service, including charging $5 to $10 per month for extra storage and future productivity and business tools. An ecommerce offering is also being discussed to help creators make money off of their work.

Mam’s team is also testing out whether native advertising can be leveraged on the platform through something called “sponsored collaborations.” He describes it like this: “As brands increasingly want to find relevance with the sought-after audience on our platform, they can do so in a meaningful way by joining forces with our creative community and turning their product or service into a work of art. Even during our beta phase, we found organic collaborations emerging between artists of varying disciplines, such as illustration and fashion design. We look forward to facilitating that same cross-pollination of ideas between select artists and brands on exclusive, never before seen content.”

Take It To started off as a bootstrapped startup, but has since raised $1 million in funding from an undisclosed investor in October 2014.