Like other Chinese mobile game companies, Linekong Interactive wants to go global. That’s why the company is announcing today that it is investing $20 million in a new subsidiary in the U.S. 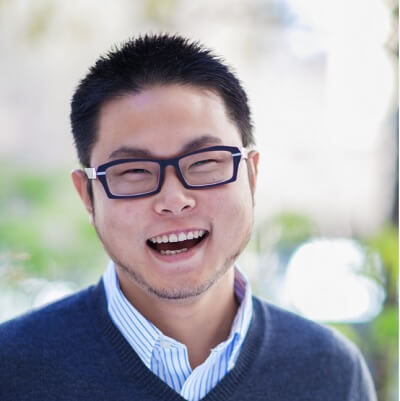 In making this move, the Chinese company is running counter to the current cycle that has companies pulling back from game investments because of the turmoil in the stock market. But the move shows that more companies believe that they must have a significant North American presence in order to be successful in Western markets.

Linekong US will be based in Burlingame, Calif., in the middle of Silicon Valley. Roy Liu, a seasoned game industry executive, will serve as general manager of Linekong US. In an exclusive interview, Liu said that the company is hiring people for a game studio which already has 25 employees. Linekong US will also be open to the possibility of acquiring Western game development talent as it tries to make games for the global market.

“A lot of Chinese companies headed to the U.S. in 2015,” Liu said. “They are still coming. But I think it will pause for a while because the game market in Asia has cooled a bit. I do believe they will come to the West and take the business more seriously. The early companies learned a lot. But those that are 100 percent dedicated are the ones that we will see in the next wave.”

Linekong isn’t well known in the U.S, but it has become one of China’s mobile entertainment titans in a short time. The Beijing-based company was started in 2007, and it went public in 2014 on the Hong Kong Stock Exchange. Linekong started with client-based PC games and web games, but it made the transition to mobile games in 2013.

Overall, Liu said the company has about 1,000 employees, most of them in China. Now the time has come to expand across the Pacific with original intellectual properties, Liu said. Linekong also has an office in Korea and a distribution partner in Taiwan. Linekong ranked 10th among all mobile game developers in China in gross billings in 2014.

Some of the company’s top games include One Hundred Thousand Bad Jokes and Empresses in the Palace. Those games — and the intellectual property on which they are based — have more than 10 billion views on online video channels, and the whole company has more than 196 million registered users. Linekong also has 657,000 daily active users and average monthly active users of 3.61 million.

“We are really thinking about expanding to the global markets, not only by having a team here but also doing the R&D to create the content for the global market,” Liu said. “The $20 million will be for us to build a team in the Bay Area, but also to work with other partners.”

Digi-Capital expects the game industry to grow from $90 billion in 2016 to $115 billion by 2020. That’s a slower rate than in the past. It also predicts that mobile in particular will grow from $35 billion in 2016 to $48 billion by 2020. Many big game companies are vying to become global players, which is why South Korea’s Netmarble has recently expanded in the U.S. and why console and PC game maker Activision Blizzard acquired mobile game maker King for $5.9 billion.

He added, “In the short term, we don’t see a lot of certainty in the market. But in the long run, we have a lot confidence in mobile games. Linekong has 100 percent confidence in that. We see a lot of potential for Western games to go global, much like you see successful Western movies succeeding in both the West and in Asia.”

Liu believes that Linekong US can make “globally accessible” games that succeed in both the West and the East. Linekong expects to release two more original games in the first half of 2016. And Liu said that Linekong US will also unveil its first title.

“Mobile games are a global business though only a few industry players have been able to develop the content needed for seamless distribution,” said Liu. “In many cases, success has been region ­specific: either success in the East or success in the West. Working with key partners, we’re combining the core elements of western and eastern game design, built atop established IP portfolios, to disrupt the mobile game market.”

Linekong US already employs industry veterans from PopCap Games, Warner Brothers, Disney, Zynga, Lucas Arts, Dreamworks, Rockstar, Kiwi, Electronic Arts, and Chartboost. Liu is the former head of Forgame in the U.S. and was head of greater China for Chartboost.

There are, of course, plenty of other places where Linekong could set up a less expensive new studio. But Liu said the company needs access to the right people and technology.

“To make a good game, you need great talent for making the game, and you need good technology as well,” Liu said. “The Bay Area is a leader in both, and that’s what makes it attractive.”