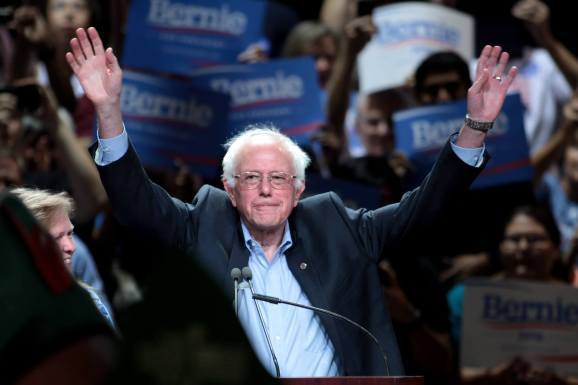 As the United States kicks off the 2016 election to select the next president, Google wants you to be kept informed about not only the candidates, but also the whole political process. The company is now providing real-time U.S. election information directly in its search results.

Instead of trying to navigate your way to multiple websites in search of Senator Bernie Sanders’ position on terrorism, or Governor John Kasich’s thoughts on the tax rate, or perhaps Senator Rand Paul’s ideas for health care, Google has consolidated that information right into its search engine. You’ll not only see direct statements from the candidates that were shared, but also quotes pulled from various articles online. 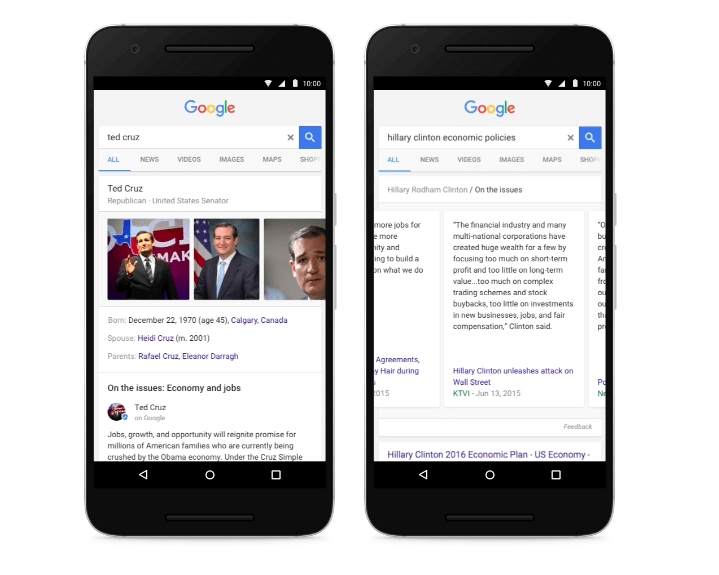 Additionally, if you’re interested in keeping track of the race to see if Donald Trump and Hillary Clinton actually wind up being the Republican and Democratic nominees, respectively, Google is providing results of the primaries and caucuses in real time. You can search for “primary results” or “resultados de la elección primaria” to see the schedule of when each state votes, the results, and how many delegates were awarded to each candidate.

Lastly, while we’re caught up in election fever, there’s always a few things we need to do. Perhaps most importantly is to get out and vote. Google is now providing reminders in both English and Spanish to encourage you to be a part of the democratic process.