Six months after its release, Windows 10 has finally passed 10 percent market share. Not only that, but the latest and greatest version from Microsoft has also overtaken Windows 8.1 and Windows XP, according to the latest figures from Net Applications.

Windows 10 had 9.96 percent market share in December and gained 1.89 percentage points in January to hit 11.85 percent. Aside from its first month, Windows 10 has gained about 1 percentage point each month, though December was particularly strong, likely due to holiday sales. Later this year, Microsoft plans to make Windows 10 a “recommended update” so that Windows 7 and Windows 8.1 users are even more likely to install it. 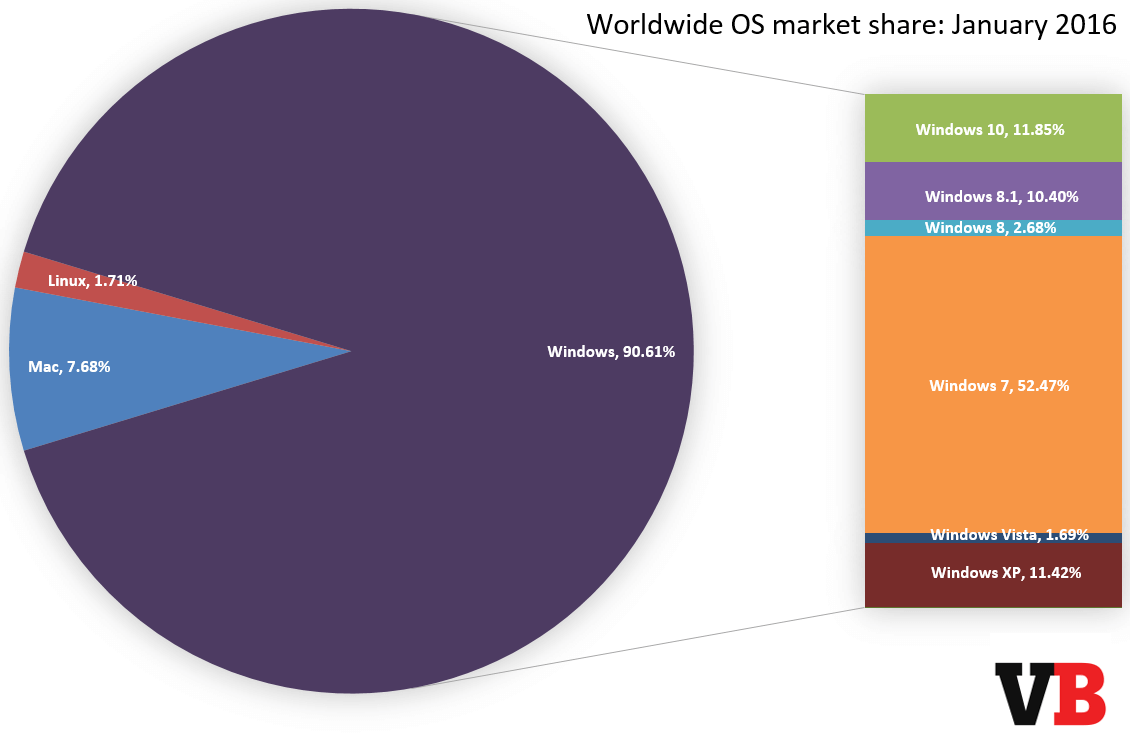 Windows Vista managed to gain 0.07 points to 1.69 percent, and Windows XP also somehow rebounded 0.49 points to 11.42 percent. The free upgrade to Windows 10 doesn’t apply to Vista or XP, but this is still an unfortunate start to the year. Microsoft was likely hoping XP would see single market-share digits by now, given that the company ended support for the ancient operating system in April 2014.