Valve updated its Hardware & Software Survey today for January, revealing that more than one in every three gamers on its Steam PC gaming community and store is now using Windows 10. The latest and greatest from Microsoft may have just passed 11 percent market share, but gamers tend to be early adopters: on Steam the figure is already at 34 percent.

Windows 10 is poised to pass Windows 7 this year, probably in the next few months (before June, we’d wager). Other Windows versions are losing adoption on Steam, meaning Windows 10 is gaining more than Windows 7 is losing. 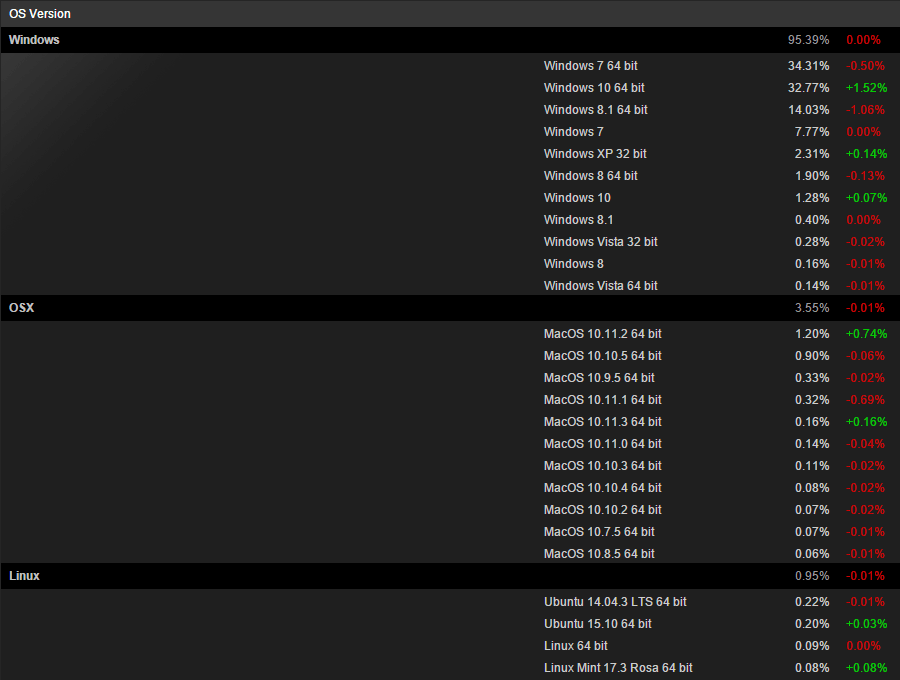 Between December and January, Windows 10 jumped 1.59 percentage points — a small increase compared to months in 2015. These gains have to come from somewhere: Windows 8.1 dropped 1.06 points, Windows 8 slipped 0.14 points, Windows 7 fell 0.50 points, and Vista dipped 0.03 points. XP somehow managed to gain 0.14 points, but this is merely a blip and nothing too significant.

On the whole, Windows still dominates Steam with over 95 percent share. Mac and Linux slipped 0.01 points each in January. While the three operating system families fluctuate from month-to-month, Windows stays above the 95 percent mark on Steam.

Gamers on Steam are certainly doing their part to help.